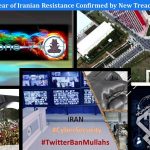 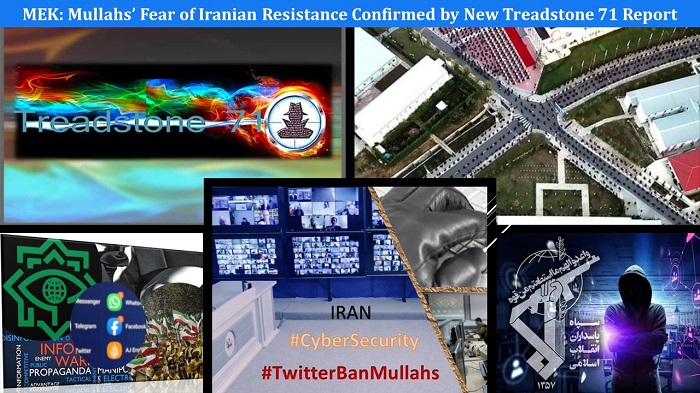 The regime failed to destroy the (PMOI / MEK Iran) in June 2018 when the bomb attack at the NCRI’s Free Iran rally at Villepinte, near Paris was foiled, so the regime has been ramping up its online disinformation campaign to try and discredit what it sees as its main enemy and potential ouster.

A detailed report by the cybersecurity firm, Treadstone 71, has revealed the disturbing extent of the online disinformation campaign against the Iranian resistance movement by the Iranian regime.

The peak in the campaign came at the same time as the National Council of Resistance of Iran’s (NCRI’s) Free Iran rally in July this year. The rally was an online affair this year because of the pandemic but was still attended by over 30,000 people.

Treadstone 71 Report on #Iran’s Cyberterrorism Against MEK Confirms Regime’s Fear of Its Viable Alternative A new comprehensive report by Treadstone 71, a cybersecurity company, on Iran’s disinformation campaign against #MaryamRajavi and #MEK https://t.co/izwdSkHepO

The disinformation campaign targeted the People’s Mojahedin Organization of Iran (PMOI / MEK Iran) and in particular, its leader, Mrs. Maryam Rajavi, who is the president-elect of the National Council of Resistance of Iran (NCRI).

The campaign by the mullahs was led by the Revolutionary Guards (IRGC) and its Basij cyber teams. They used proxy accounts to spread spurious and misleading messages on social media about the (PMOI / MEK Iran). The fake accounts all passed themselves over as critics of the regime with descriptions like “reformist”, “regime change advocate” or even “monarchist.”

As the report states “The IRGC used a core team of proxy accounts, likely Basiji cyber teams, to trigger the messaging and lead the campaign. They developed accounts with large followership, usually using female personas that present themselves as critics of the government but more critical of the (PMOI / MEK Iran). Nearly 50% of accounts used in the campaign were low-follower, newly created, or dormant accounts, indicating that the campaign likely used bots to propagate the messaging along with zombie accounts. Websites driven from netajngo.org (A creation of the MOIS with a focus on demonizing and destroying (PMOI / MEK Iran) based in Albania) propagated messages using negative terms towards the (PMOI / MEK Iran).”

Treadstone 71 assesses with high confidence that the Iranian government, consisting of IRGC and MOIS use Basiji cyber teams to execute operation against NCRI#CyberSecurity #Iran https://t.co/7Q6mrPEiTA pic.twitter.com/uiGvCeVjiV

The regime failed to destroy the (PMOI / MEK Iran) in June 2018 when the bomb attack at the NCRI’s Free Iran rally at Villepinte, near Paris was foiled, so the regime has been ramping up its online disinformation campaign to try and discredit what it sees as its main enemy and potential ouster.

The report by Treadstone 71 coincides with the Antwerp trial of Assadollah Assadi and his three accomplices, accused of attempting to blow up the 2018 rally.  Assadi was an agent of the Ministry of Intelligence and Security (MOIS) undercover masquerading as an Iranian diplomat in Vienna, Austria. His three accomplices, all dual citizens of Belgium and Iran, all had a long association with the MOIS. The couple, Amir Sadouni, and his wife, Nasmieh Naami, were both arrested as they drove from Belgium on their way to Paris to plant the bomb, while Assadi was arrested on his way back to Vienna after delivering the explosives to Sadouni and Naami. The third accomplice, Mehrdad Arefani, was arrested soon after.

Although Arefani, Sadouni, and Naami were all caught red-handed, their lawyers have attempted to portray them as innocent victims in the whole affair. Assadi, himself, has tried to use the defense of being a diplomat, but Belgian authorities have stated that he cannot claim diplomatic immunity as he was arrested outside of Austria and was planning “mass murder,” a charge which exempts him from any kind of diplomatic immunity.

Denied success in terrorist tactics, the regime has turned once again to try and discredit the resistance movement with lies, something it has done with little success for years. It was “highly likely” that the online disinformation campaign from the regime “violated Twitter policies, such as the platform manipulation and spam policy, the impersonation policy, and the synthetic and manipulated media policy,” according to Treadstone 71.

The mullahs are intent on cutting off the (PMOI / MEK Iran) from the people inside Iran in order to stop the influence of the organization in spreading a message of hope and democracy.

The Iranian regime uses any means at its disposal to suppress its detractors. During the November 2019 protests, it imposed an internet blackout and murdered 1,500 of the protesters in cold blood. Now it is trying to demonize the opposition using fake social media accounts.

The trial of the Iranian terrorists and the report from Treadstone 71 are just more reminders that this regime will stop at nothing to try and stay in power. It is high time that the international community adopts a firmer attitude to the regime, and closes down its so-called diplomatic missions, and expels its agents. Social media platforms like Twitter should shut down fake accounts that are used to spread hatred and sponsor violence and terrorism.