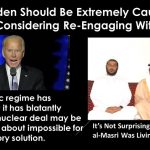 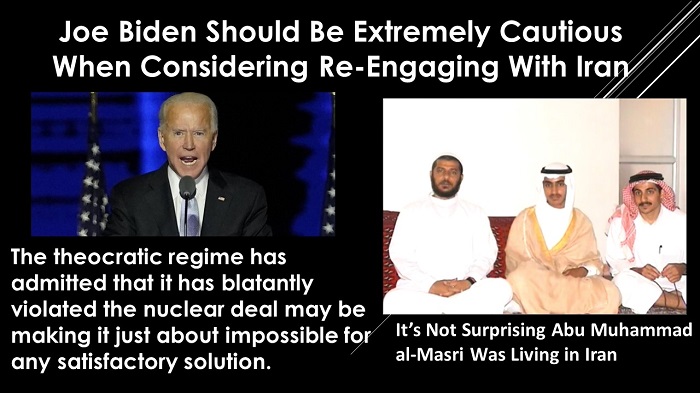 (PMOI / MEK Iran): 80 million Iranians know that the regime has plundered the country’s wealth, leaving nothing of much use left. Stevenson says that Resistance units encouraged by the positivity of the National Council of Resistance of Iran are now present in every town and city in Iran.

So far, if and when Joe Biden takes up the role of president of the USA he has already talked about rekindling the US with an Iran nuclear deal, while President Donald Trump is intent on tightening sanctions against the country. Stevenson says that as the two prepare to swop positions there is a focus on what the relationship will be between the two countries.

The outgoing Secretary of State, Mike Pompeo, has claimed he is going to toughen sanctions on Iran before he vacates office. He is considering that the first anniversary has just passed where nationwide protests were the subject of brutal oppression leading to the murder of at least 1,500 unarmed protesters and 12,000 arrests.

The protest on November 15th, 2019 took place to highlight the mismanagement of the country by a corrupt government that used the country’s wealth overseas engaging in terrorist activities and oppression against ordinary citizens at home.

Biden repeatedly said over and over again in his campaign that his government would establish a dialogue with the Iranian mullahs and try to restore the nuclear deal. Biden’s national security adviser is likely to be Jake Sullivan, who steered the Joint Comprehensive Plan of Action nuclear deal. It appears that Sullivan is likely to restore the deal but only if Iran ceasing its destabilizing activities in its close neighbors in Syria, Yemen, Iraq, and Lebanon.

The Iranian regime probably will not be interested as Iran’s supreme leader, Ayatollah Ali Khamenei, has requested a huge amount of compensation for damage done to Iran’s economy due to Trump’s “maximum pressure campaign” sanctions. He says he wants all sanctions lifted before any negotiations are likely to restart. The theocratic regime has admitted that it has blatantly violated the nuclear deal may be making it just about impossible for any satisfactory solution.

Stevenson said that before hugging the mullahs, the Biden administration shouldn’t overlook the court case in Belgium which is soon to commence this Friday when Assadollah Assadi will be tried. He was a senior diplomat based in the Iranian Embassy in Vienna and with 3 other accomplices was charged with terrorism. Assadi was arrested in July 2018 and charged with giving 500gms of TATP which is a high explosive and a detonator to an Iranian/Belgian couple from Antwerp. Their names are Amir Saadouni, 40, and his wife, Nasimeh Naami, 36 and they are both of Iranian origin.

The handover took place at a Pizza Hut restaurant in Place d’Armes, Luxembourg. Assadi told the couple to detonate the bomb at an important assembly of the National Council of Resistance of Iran (NCRI) and the People’s Mojahedin Organization of Iran (PMOI / MEK Iran), which was expecting 100,000 attendees at Villepinte outside Paris. The key speakers at this rally were renowned politicians and senior government officials which included the following:

Jaak Raes who heads the VSSE, Belgium’s state security service, the attack was not organized by an individual or was it Assadi’s personal initiative but it was initiated by the Iranian regime itself. The question arises is will Biden be eager to negotiate with a regime that had organized to kill maybe hundreds of people, including Americans and in Europe?

Biden probably will not want to hear this, but the Iranian regime has given a safe haven to key figures of al-Qaida, America’s enemy. Last week it came to light that Abu Muhammad al-Masri, al-Qaida’s second-in-command, was shot in cold blood by 2 Israeli Mossad agents riding a motorbike, in Tehran on Aug. 7. Al-Masri was assassinated with his daughter Maryam, who was Osama bin Laden’s son’s widow and a terrorist on the wanted list. The assassination occurred in one of Tehran’s wealthiest suburbs.

He was the brains behind the bomb attacks on the U.S. embassies in Kenya and Tanzania in 1998 that murdered 224 people. He was also on the FBI’s most-wanted list. Allegedly, it seems the daring Mossad operation in Tehran to kill him was requested by Trump in collaboration with the CIA. So, embarrassed by the assassination, the Shi’ia mullahs tried to conceal al-Masri’s identity as they didn’t want to be known as caretakers of one of the world’s most harmful Sunni terrorists.

FDD | No, It’s Not Surprising That Abu Muhammad al-Masri Was Living in Iran.

The Islamic Republic and al-Qaeda have a long history of cooperation, writes @FDD ⁦@thomasjoscelyn⁩ https://t.co/hiQVeWMM3b

Stevenson believes the Iranian regime is near its end as the economy is virtually non-existent, with 60 percent inflation and debts of more than $260 billion. There is massive unemployment and to make matters even worse, over 169,100 people have died of the coronavirus in Iran, according to reports by the Iranian opposition People’s Mojahedin Organization of Iran (PMOI / MEK Iran). If the mullahs really think that a new American president is going to be on their side, then they have been misguided.

80 million Iranians know that the regime has plundered the country’s wealth, leaving nothing of much use left. Stevenson says that Resistance units encouraged by the positivity of the National Council of Resistance of Iran are now present in every town and city in Iran. Stevenson says Biden, Blinken, and Sullivan must think before restoring any relationship with Iran as the next uprising will overthrow the mullahs and bring about peace and democracy which the country has been deprived of for so many decades.

80 million Iranians are sick to death of this regime.
Next uprising will drive the mullahs from power & restore peace & freedom to this beleaguered nation.
So Joe Biden should think hard about re-engaging with #Iran. #WeStand4FreeIranhttps://t.co/UO5fvY2ZW5 via @upi