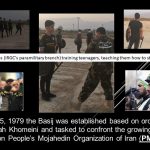 MEK Iran: Mullahs Regime Claims It Has Pardoned Detained Protesters But Is This True?

Written by Esmail Mohades on November 11, 2020. Posted in NEWS 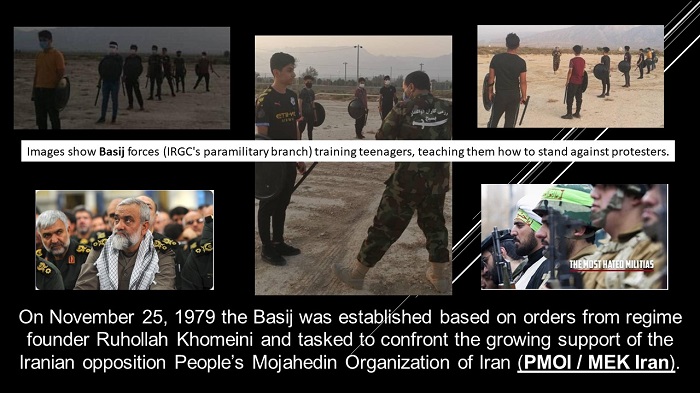 (PMOI / MEK Iran): Reuters reported that “after days of protests across Iran last month, Ali Khamenei appeared impatient. Gathering his top security and government officials together, he issued an order: Do whatever it takes to stop them.”

Gholam-Hossein Ismaili, the spokesperson for the Iranian regime’s Judiciary, this week announced that 157 so-called “security convicts” have been pardoned. This may or may not be true but this announcement took place on the eve of the November 2019 protests. The aim, presumably, was to thwart any chance of the restive society from erupting. Ismaili said this action had taken place after reviewing judicial cases by monitoring the behavior of prisoners throughout the period of their sentence and assessing whether they had reformed their behavior.

Recently, Amnesty International published a shocking report called “Trampled Humanity,” which provided details of torture and mistreatment that were used against detained protesters. The report said that the role of torture was to humiliate and intimidate detainees while also getting the victims to confess to actions that they never did. The regime doesn’t reward those who defend human rights or who are members or sympathizers of opposition groups, the National Council of Resistance of Iran’s (NCRI), and the People’s Mojahedin Organization of Iran (PMOI / MEK Iran).

The Amnesty report went on to say that the prisoners were routinely blindfolded while they were punched, kicked, and beaten. Torture instruments were used such as knives. They were also made to stand in positions that caused pain over prolonged periods of time. The conditions couldn’t get much worse as they were also deprived of drinking water and sufficient food. They were denied medical care and kept for many months in solitary confinement.

Because of the disgraceful treatment of both Navid Afkari and Mostafa Salehi, who was executed for taking part in the November 2018 protests, no one would ever believe the regime if they said they were releasing prisoners before their sentences are up. The murders of 1,500 protesters in the November 2019 uprising took place because the regime was trying to eliminate any viable opposition so it is hardly going to let MEK sympathizers free.

What is needed is input from the international community to stop the torture and executions that are taking place randomly in the prisons and get all political prisoners released immediately.

Mrs. Maryam Rajavi, the President-elect of the National Council of Resistance of Iran’s (NCRI), has said: “The clerical regime must be ousted from the UN and its leaders must face justice for their systematic violations of human rights, a crime against humanity and trampling human dignity.”

The international community should not stand by and tolerate Khamenei, Rouhani and Raisi bringing back the Middle Ages to the 21st century. #Iran