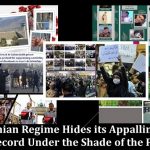 MEK: Iranian Regime Hides its Appalling Human Rights Record Under the Shade of the Pandemic 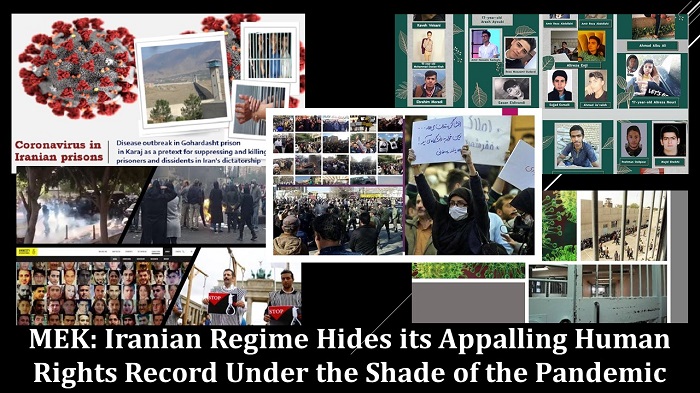 The (NCRI) and (PMOI / MEK Iran), has been calling on the UN Security Council, the UN Secretary-General, the Human Rights Council, and the High Commissioner for Human Rights to take action to stop the regime from being allowed to cover-up the Coronavirus outbreak, especially in Iran prisons.

International media attention on the Iranian regime’s appalling human rights record, including mass executions, arrests, and suppression of protests has waned because of the global pandemic. Over 120,100 people have died of the coronavirus in Iran, according to reports by the People’s Mojahedin Organization of Iran (PMOI / MEK Iran).

Only a year ago, one of Iran’s most widespread protests swept through Iran’s major cities. It was met by extreme brutality by Iranian regime forces, principally the Basij unit of the Islamic Revolutionary Guards (IRGC). According to reports by the (PMOI / MEK Iran), 1,500 protesters were killed, including women and children, and thousands more were arrested, and many of these were tortured to squeeze false confessions from them. Reuters confirmed in a special report on December 23, 2019, about the deadly crackdown on November nationwide protests in Iran the death toll of 1500 that was announced by the People’s Mojahedin Organization of Iran (PMOI / MEK Iran) on December 15, 2019.

At the time, international media attention was squarely focused on what was happening in Iran. The brutality of the dictatorship of the mullahs was laid bare for the world to see and comment on.

If the pandemic hadn’t swept through Iran and the rest of the world this year, there may have been even more of a spotlight on the regime. However, the glare of the world has switched elsewhere as so many countries have had to grapple with the disease in their own way.

The hundreds of people in Iran who died last November and the thousands of others who have suffered from the hands of the regime since have been all but forgotten by the rest of the world.

Consequently, the regime has been able to continue issuing long prison sentences and death sentences, executing those who have annoyed them without having to worry about any condemnation by the international community and especially by those countries that could really have an influence on them.

The regime has used the shadow of the pandemic to step up its psychological war against the Iranian people, as evidenced by the recent execution of champion wrestler, Navid Afkari, despite an attempt to persuade the regime to not go ahead.

Many of the executions go ahead in secrecy and families may never know whether their loved ones who were languishing in prison are still alive or whether they have been dumped in a grave.

The regime has often used its own warped interpretation of Islamic law to fabricate many of the executions. In doing so, it has attempted to justify these executions within Iran itself and in other Islamic communities.

The lack of international condemnation of the Iranian regime’s human rights record has helped the regime to accelerate its repugnant activities, although the regime’s concern about what the international community thought about it was never as critical as the issue of sanctions.

The Iranian regime, like some other dictatorships, has used the cover of the pandemic to crack down on protests and punish political prisoners. One way the regime has done this in the era of Covid-19 is to avoid any health measures wherever political prisoners are kept behind bars. The regime has allowed the disease to sweep through its prisons, doing what it was going to do anyway without raising the same level of attention.

Political prisoners wherever they are in the world are a vulnerable class of people. The response to the pandemic should have taught the world about how to protect its most vulnerable. International authorities should be aware that the shadow of the pandemic has obscured the brutality against the vulnerable that is occurring in countries like Iran. It is never too late to hold the perpetrators of terror to account.

The National Council of Resistance of Iran (NCRI) and (PMOI / MEK Iran), has been calling on the United Nations Security Council, the UN Secretary-General, the Human Rights Council, and the High Commissioner for Human Rights to take action to stop the regime from being allowed to cover-up the Coronavirus outbreak, especially in Iran prisons.

The Iranian people’s desire is this: Form an international fact-finding mission. Here is a list of 811 names of martyrs of the November 2019 uprising so far published by the Iranian Resistance, &the list of names of the children and teenagers who were murdered by Khamenei. pic.twitter.com/8UGrWtuuZR

Mrs. Maryam Rajavi the President-elect of the National Council of Resistance of Iran’s (NCRI): The rapid rise in the number of Coronavirus victims in Iran is part of the mullahs’ strategy of creating mass casualties to forestall the danger of an uprising and their overthrow.