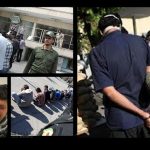 MEK Iran: Mullahs Regime Increases Aggression Against Its Own Citizens 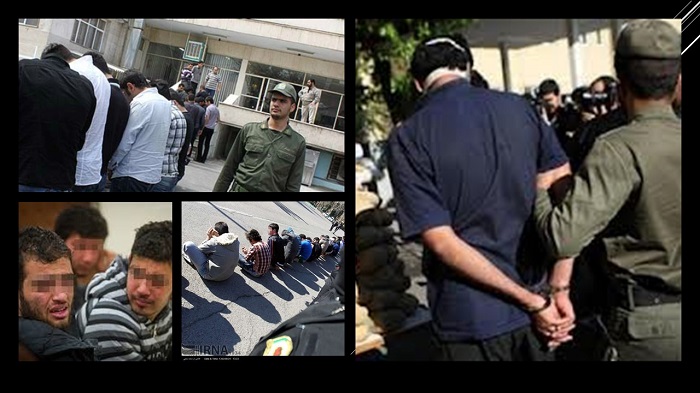 The main Iranian opposition to the mullahs’ regime National Council of Resistance of Iran (NCRI), and (PMOI / MEK Iran), has reported gross human rights violations due to corruption among the mullahs regime’s top officials who live a lavish life of luxury in Iran.

The Iranian regime doesn’t seem to agree that the Iranian people’s complaints are justifiable as it is greeting them with more suppression. For example, recently the government has increased the number of arrests of young people in Tehran, in particular, the family members and supporters The People’s Mojahedin Organization (PMOI / MEK)In fact, a report revealed that 389 young people had been arrested and the charge was being a thug. This has scared the people like these sorts of repressive measures are the same as being forcibly locked down.

In a state of fear over the growing support of the resistance movement in Iran, The #MEK and the #NCRI the mullahs are resorting to intimidation tactics to deter the people of #Iran particularly the youth, from the uprising. https://t.co/DY05L8oILc pic.twitter.com/ntPvnslHx5

Young people are ‘thugs’ according to the regime

Calling young people ‘thugs’ is a known tactic of the regime, intended to suppress young people. When Mahmoud Ahmadinejad was president young people were referred to as scoundrels. Now President Hassan Rouhani is calling them a “bunch of saboteurs and thugs.”

IRGC officer Hossein Rahimi is now trying to convince the Iranian people that they are the ones who want the youth arrested. This is just an excuse to crack down on the activities of the people.

The IRGC and the police join forces

There is little doubt that the arresting of 389 young people that took place through the cooperation of the IGRC and the MEK is to frighten people so that they no longer take part in an uprising against the regime. The whole event took place in just 15 hours throughout Tehran in 125 neighborhoods.

Empty food baskets appear to be a norm in today’s #Iran. But as this is becoming more commonplace the #Iranian regime handing out skyrocketing loans to their relatives, so they can go out to dinner and dine on shark fin soup and imported expensive fruit.#MEK #FreeIran2020 pic.twitter.com/F7cpqHdnDb

This sort of behavior from the regime has come at a time when the poverty line is now standing at 100 million rials. Many goods like eggs are no longer affordable. Housing has increased tenfold. Because the regime doesn’t intend to do anything about the rising prices of basic food like eggs it has to crack down on dissent to prevent a popular uprising emerging.

It appears that the fire was caused by a person who did not have sufficient money to pay for his visit. Hospitals can be unhappy places so it is no surprise that this fire has broken out caused by a patient with no money in his/her pocket to pay. If more misery and suffering take place it is seeding a movement that could become so explosive that it would match the November 2019 uprising. At that time the oppressed lit a series of fires targeting banks and government centers. The regime is so afraid of a repeat of this that they are arresting and imprisoning young people, pretending that they are just thugs.

The main Iranian opposition to the mullahs’ regime National Council of Resistance of Iran (NCRI), and (PMOI / MEK Iran), has reported gross human rights violations due to corruption among the mullahs regime’s top officials who live a lavish life of luxury in Iran.

Mrs. Maryam Rajavi the President-elect of the National Council of Resistance of Iran’s (NCRI) said: Today, not only the freedom of the people of Iran, but their very lives and health, and the country’s economy and existence depend on the overthrow of the clerical regime.