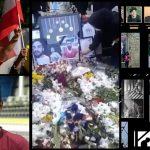 Written by Yoosef Lesani on September 26, 2020. Posted in MEK (PMOI) IN MEDIA 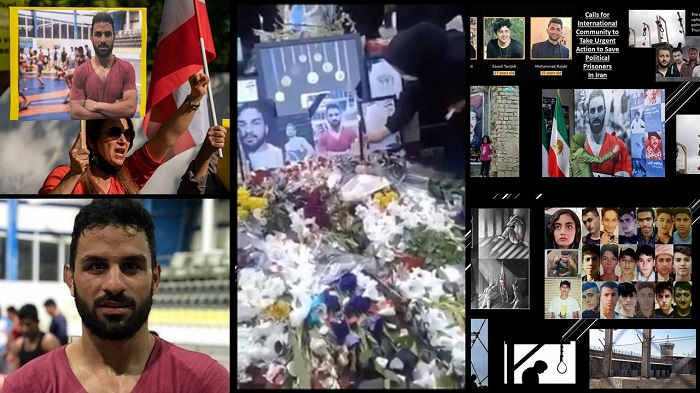 Longtime MEK supporter Struan Stevenson penned an article decrying the execution of Navid Afkari this week. The scathing op-ed, which was published by United Press International (UPI) on Monday, calls for the resumption of sanctions against the Iranian regime and the indictment of regime leaders for crimes against humanity.

Navid Afkari was a champion wrestler who was arrested during mass protests in Shiraz in 2018. The 27-year-old athlete was tortured for 50 days by regime authorities until he gave a false confession. Afkari was convicted on false charges of murdering a municipal employee and sentenced to death. He was executed on September 12, despite an international outcry from athletes, the International Olympic Committee, prominent politicians, and numerous human rights organizations.

Stevenson argued that if the Iranian regime had granted clemency to Afkari, Western governments would have been quick to negotiate a new nuclear deal to appease the mullahs. However, Stevenson wrote, “the mullahs could not fathom such an outcome.”

The 2017-2018 Uprisings were followed by the November 2019 Uprisings, wrote Stevenson. Regime forces killed 1,500 protesters and arrested 12,000 more during the November Uprisings and have lived in fear of overthrow since. Afkari’s execution was intended to serve as an example to the rebellious youth of Iran. “Try to overthrow our regime and we will kill you.” Instead, the people of Iran have grown even angrier and more determined, and MEK Resistance Units are redoubling their efforts to organize and lead the resistance.

Josep Borrell said nothing and not altered his stance in favor of preserving the Iran Nuclear Deal.

Stevenson implored Borrell to condemn the execution of Afkari in the strongest terms, and he urged Britain, France, Germany, and the rest of the E.U. to join him. He further urged all European countries to close Iran’s embassies and expel their proxies.

Stevenson also restated his long-standing objections to the Iran Nuclear Deal, which he described as flawed from day one. He wrote: “It forbade inspectors from the International Atomic Energy Agency from inspecting any sites controlled by the military inside Iran. Virtually all of the clerical regime’s secret nuclear program was being developed in military sites and still is, so the deal was fatally flawed from the outset.”

Stevenson argued that the arms embargo on Iran should be reinstated, but it has been held up by Britain, France, and Germany, prompting the United States to declare its intentions to trigger the “snapback” provision of the nuclear deal. This would effectively end the nuclear deal and possibly spell the end of the clerical regime.

According to Stevenson, this is a necessary step in restoring freedom to “eighty million Iranians, the majority of whom struggle to survive on daily incomes below the international poverty line…[who] are demanding regime change and the restoration of freedom, justice, and democracy to their impoverished nation. They have had enough of the mullahs and they look to the West for support.”

Stevenson concluded with a call for an end to appeasement. He emphasized that “the belligerent behavior of the Iranian regime proves that attempts at diplomatic negotiation or appeasement are pointless. Navid Afkari’s execution, despite international protests, is a disgrace and once again demonstrates why the leaders of this fascist theocracy must be indicted for crimes against humanity and held accountable in the international criminal courts.”

Maryam Rajavi, President-elect of the National Council of Resistance of Iran (NCRI), condemned Nafkari’s sentencing as an intimidation tactic meant to prevent protests. She also tweeted:

“The accounts of tortures of Navid Afkari and his brothers, and the double execution and long prison sentences for them have shocked and outraged not only the people of Iran but the entire world.”

The People’s Mojahedin Organization of Iran (PMOI / MEK Iran) strongly condemns the execution sentence of Navid Afkari and calls on the international community to take urgent action to halt his execution.