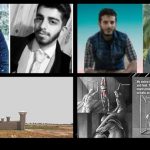 Written by Esmail Mohades on September 26, 2020. Posted in NEWS 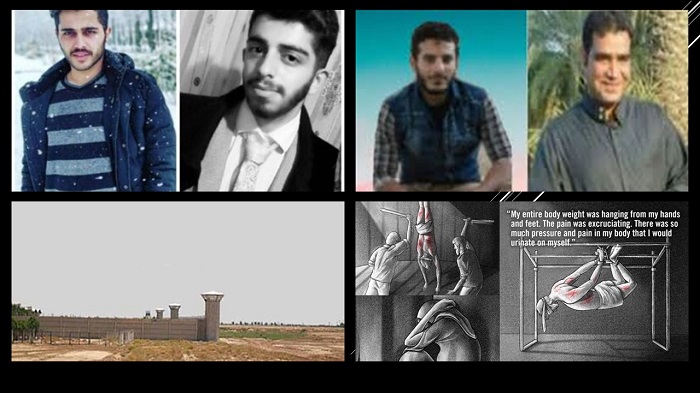 (PMOI / MEK Iran): The use of torture and inhumane treatment is a standard method used by the regime’s prison officials to ensure that the political prisoners confess, regardless of whether it is true.

The concern is growing for four political prisoners, Ali Motiri, Ali Khosraji, Hossein Silavi, and Ali Mojaddam. Reports show that prison officials transferred them from Sheiban Prison on the 17 September 2020 to an unknown location. Three out of four men have been sentenced to death, and the Supreme Court has upheld their sentences. Their sudden transfer has caused concern that this may be related to their execution.

Authorities of Sheyban prison in Ahvaz, southwest #Iran, have transferred four prisoners, including three sentenced to death, to an unknown location. This has raised concerns about their executions becoming imminent.#StopExecutionsInIranhttps://t.co/i3SvA6ZUHR

Ali Motiri is a political prisoner from the northern city of Ahvaz. Motiri, along with two other prisoners, has been accused by the regime of killing two Basijis, members of the repressive Islamic Revolutionary Guard Corps (IRGC). Motiri was forced into a confession by torture, a brutal tactic that is frequently used by the Iranian regime to gain confessions that will further their agenda. He was given the death sentence for “Moharebeh,” meaning “waging war against God,” and on charges of killing the two Basijis.

Ali Khosaraji, aged 26, and Hossein Silavi, aged 30, are both from Ahvaz. They were arrested in 2017 for their participation in armed operations against the regime’s security centers in Ahwaz. Both men were also tortured into confessing these crimes and were sentenced to death. Ali Mojaddam, aged 39, was kept in solitary confinement for 63 days from June 2020. He is married and has two daughters and a son.

The use of torture and inhumane treatment is a standard method used by the regime’s prison officials to ensure that the political prisoners confess, regardless of whether it is true. The National Council of Resistance of Iran (NCRI) and the People’s Mojahedin of Iran (PMOI / MEK Iran) are working to draw international attention to the regime’s heinous treatment of political prisoners. The regime is attempting to create a climate of fear in Iran. The mullahs’ hope to deter the Iranian people and resistance movements, such as the NCRI and (PMOI / MEK Iran), from opposing their oppressive rule.

Amnesty International published a report on the mass torture inflicted by the regime on the 1 September 2020. The report stated: “Amnesty found that victims were frequently hooded or blindfolded; punched, kicked and flogged; beaten with sticks, rubber hosepipes, knives, batons, and cables; suspended or forced into holding painful stress positions for prolonged periods; deprived of proper food and water; placed in prolonged solitary confinement, sometimes for weeks or even months; and denied medical care for injuries sustained during the protests or as a result of torture.”

In a separate report, concerns were raised over Arsalan Khodkam, an Iranian Kurdish prisoner currently also at risk of execution. Khodkam was given a death sentence after an unfair trial, during which his confessions under torture were used as evidence to convict him.

Amnesty Iran said: “He was sentenced to death for espionage after a highly unjust trial that lasted only 30 minutes and was based on “confessions” obtained under torture.”

This further demonstrates that the regime is in a state of anxiety after the uprisings of December 2017- January 2018 and the nationwide protests in November 2019.

Iranian official Supreme Court Judge Ahmad Sajjadi has admitted to the role played by the People’s Mojahedin Organization of Iran (PMOI / MEK Iran) during the uprising in November 2019.

The (PMOI / MEK Iran) Iran report that more than 1,500 people were killed by the Revolutionary Guard (IRGC) intelligence division security forces and another 12,000 were arrested during the November 2019 protests. The MEK Iran obtained this information from inside Iran supporters and family members.

Reuters confirmed in a special report on December 23, 2019, the death toll of 1500 that was announced by the People’s Mojahedin Organization of Iran (PMOI / MEK Iran) on December 15, 2019.

The Iranian people protested for their freedom, democracy, and human rights. They are losing their oppressive grip on Iranian society and fear the support that the resistance movement of the (PMOI / MEK Iran) is gaining. The regime uses the unjust executions of political prisoners to create an atmosphere of terror to avoid another uprising and preserve their power.

Mrs. Maryam Rajavi the President-elect of the National Council of Resistance of Iran’s (NCRI): I urge the international community, especially the United Nations Secretary-General and other HumanRights organizations to intervene immediately to stop the executions, secure the release of the prisoners, and prevent a major humanitarian catastrophe in Iran’s prisons.