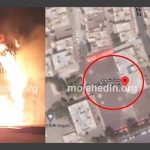 Written by Amineh Qaraee on September 26, 2020. Posted in NEWS 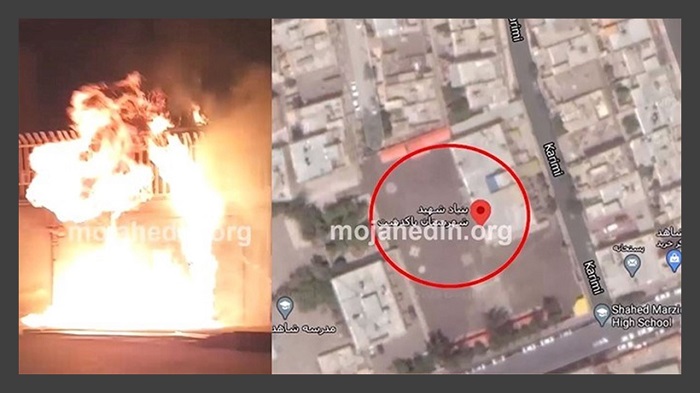 MEK: The “Martyrs Foundation” is affiliated to the Astan-e-Quds-e-Razavi charity foundation, which holds the most economic power in Iran on behalf of the regime, including capital and companies.

A “Martyrs Foundation” branch in Tehran was set alight on September 20th by brave and defiant youths. These sites are used to steal cash from the Iranian people who are already living in poverty.

At the moment, the regime is issuing regular warnings about how explosive Iranian society is at present. In its attempts to try to suppress further uprisings it has executed some political prisoners.

Members of "Resistance Units," a vast network affiliated to the Iranian opposition PMOI/MEK inside #Iran, are continuing their brave campaign against the regime.#FreeIran2020https://t.co/kQ6TgBkyxi

Now, rebellious young people are turning their backs on the regime and have recently targeted the IRGC centers, which they use to torture MEK members and opponents of the regime.

Those bases targeted recently were in Yazd and Joveyn, which are cities in south-central and north-eastern Iran. The entry points and signage were destroyed which has put the IGRC on its guard.

The signs and entrances of these bases were torched, sending meaningful messages to the regime’s security forces. The Basij is a hateful suppressive paramilitary unit that operates within Iran and is associated with the IGRC.

Its key purpose is to keep the mullahs in power by cracking down on the protests and uprisings that have been taking place in recent years. It used force and killed 1,500 protesters in last November’s protests. In Tehran, in the Pakdasht district of the Iranian in the City of Mashhad, more Martyrs Foundation” premises were set alight.

The “Martyrs Foundation” is affiliated to the Astan-e-Quds-e-Razavi charity foundation, which holds the most economic power in Iran on behalf of the regime, including capital and companies. The foundation contributes financially to the IRGC and the regime’s Supreme Leader Ali Khamenei is the only person it is held accountable to.

Ebrahim Raisi, the judiciary chief, heads the foundation and he has gained a shocking reputation for the role he played in the massacre of 30,000 political prisoners in 1988 many of whom were MEK supporters or sympathizers.

For those who are willing to recognize these human rights abuses believe it is the worst that has happened since the world wars. Images of Khamenei were also set on fire in both Lahijan and Rasht in northern Iran, showing how so many people want to see the back of the regime for good.

Members of the Iranian MEK Resistance Units which is the Iranian based network of the Iranian opposition People’s Mojahedin Organization of Iran (PMOI / MEK Iran) have also been organizing anti-regime events in the following cities:

The show of force at these events was MEK Resistance Unit members displaying signs and graffitiing anti-regime messages and slogans relating to the Iranian Resistance leader, Massoud Rajavi, and President-elect of the National Council of Resistance of Iran (NCRI) Maryam Rajavi. The Resistance Units had not forgotten Navid Afkari, the 27-year-old wrestling champion who was recently executed by the regime. The slogans included:

This shows that Iranians have finally seen the light and are ready for change. The MEK has brought hope and inspiration to the people.