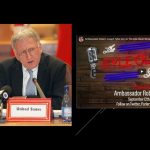 MEK Iran: Former Ambassador Claimed He Was the Victim of a Foiled Iranian Regime Bombing Attack

Written by Mohsen Aboutalebi on September 14, 2020. Posted in MEK (PMOI) IN MEDIA 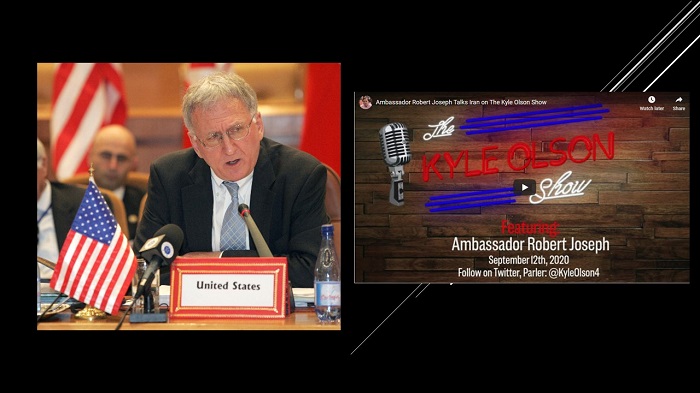 Robert Joseph, Personally targeted with other Americans in an Iranian terrorist attack when he took part in a rally held by the Mujahedin-e Khalq (MEK), Iran’s key dissident organization, in Paris in 2018.

A former National Security Council member this week told the Kyle Olson Show that he was almost a victim of a terrorist attack in 2018. An Iranian diplomat is now on trial for that attack.

Robert Joseph, who was once the ambassador to the “U.S.-Russian Consultative Commission on Nuclear Testing,” said he was personally targeted with other Americans in an Iranian terrorist attack when he took part in a rally held by the Mujahedin-e Khalq (PMOI / MEK Iran), Iran’s key dissident organization, in Paris in 2018.

Joseph told the Kyle Olson Show that “I attended a rally for Free Iran in July of 2018 and there was an attempt to bomb the rally – a peaceful rally with tens of thousands in attendance.” He said the person who was responsible for providing the bomb was an “Iranian terrorist intelligent agent,” but was also a diplomat at the embassy in Vienna.

Former House Speaker, Newt Gingrich, and former New York City Mayor, Rudy Giuliani, also spoke at that rally which the New York Times at that time reported. Belgian police arrested a couple who were born in Iran in relation to the attempted bombing after explosives were found in their car.

The extradition of Iranian “diplomat” Asadollah Assadi from Germany to Belgium for his role in the plot to bomb a rally near Paris reminds us of #Iran’s continued support of terrorism in Europe. We all must be clear-eyed & unified in countering Iranian-backed terrorist threats. pic.twitter.com/PSQRQdEYQa

Belgian prosecutors have now accused Assadollah Assadi, the Iranian diplomat, of handing over the weapons to the attackers. It has recently been announced and published by the Wall Street Journal that his trial will commence this November.