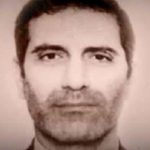 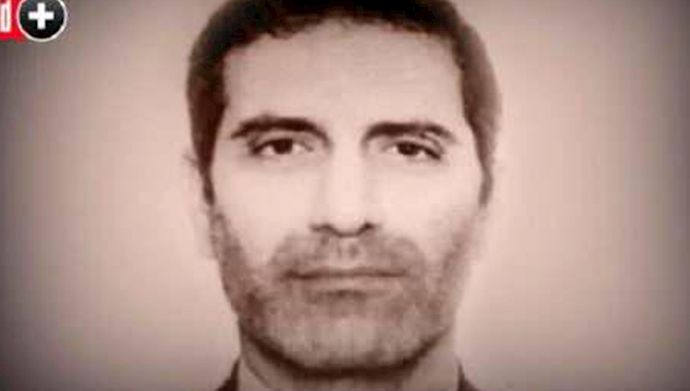 On October 10th, Belgian prosecutors announced that Iranian regime diplomat Assadollah Assadi and three other Iranians were charged with attempting to bomb the National Council of Resistance of Iran’s (NCRI) annual gathering outside of Paris in June. This announcement came after months of drama, threats, lies, and pressure from the Iranian regime after a foiled terrorist attack that could have killed or injured hundreds and led to war if it had been successful.

On June 30th, 2018, tens of thousands of supporters of the MEK, along with foreign dignitaries and political figures from around the world gathered outside of Paris for the NCRI’s annual gathering.

Assadollah Assadi since 2014 has been head of all intelligence stations of the MOIS in #Europe . Given the sensitivity of the operation, he was instructed to be personally engaged in the execution of the plan.#ProsecuteAssadi #ExpelIranDiplomatTerrorists #Iran pic.twitter.com/0yVCvBwBgk

On the day of the gathering, Belgian police arrested Nasimeh Naami and Amir Saadouni, a Belgian couple of Iranian descent, en route to the gathering carrying 500 grams of TATP explosives and a detonator.

French police arrested another Iranian that day at the site of the rally. The man, identified only as Mehrdad A., is accused of being an accomplice in the foiled bombing.

German police arrested Iranian diplomat Assadollah Assadi the following day after he stopped for gas outside of Aschaffenburg, Germany. Police called in a bomb squad to search his rented van, fearful that he might also be in possession of explosives. Assadi is charged with plotting the attack and personally delivering the explosives to the couple who was arrested in Belgium.

Pushback from the Iranian Regime

The attempted terrorist attack on the NCRI gathering by an Iranian diplomat created a political disaster for the mullahs’ regime in multiple countries in Western Europe.

Before his arrest, Assadi was an Iranian diplomat and a high-ranking Ministry for the regime’s Intelligence and Security (MOIS) officer, working as a station chief in the Iranian embassy in Austria.

The regime immediately attempted to shift blame for the foiled attack away from the regime and its operatives. On July 2nd, regime Foreign Minister Javad Zarif accused the MEK of plotting an attack on itself to distract attention from one of regime President Rouhani’s trips to Europe. tweeting:

“How convenient: Just as we embark on a presidential visit to Europe, an alleged Iranian operation and its “plotters” arrested. Iran unequivocally condemns all violence & terror anywhere, and is ready to work with all concerned to uncover what is a sinister false flag ploy.”

The spokesperson for the regime Foreign Ministry Bahram Qassemi then told reporters that Iran had evidence that a terrorist organization (other than the Iranian regime) planned the attack. He could not produce any of this evidence, but he assured anyone who would listen that Iran definitely had it.

“The latest scenario has been planned and carried out to damage Iran-Europe ties amid such sensitive and crucial times,” claimed Qassemi.

Austria responded to the Assadi’s arrest swiftly, asking Iran to strip him of his diplomatic status. Austria gave Iran 48 hours to comply with its request, and when Iran refused, did so itself.

Belgian authorities requested Assadi’s extradition, on the grounds that the Assadi gave explosives to the couple who was arrested while they were all in Belgium.

German prosecutors charged Assadi with activity as a foreign agent and conspiracy to commit murder. According to the prosecutors, Assadi is a member of the Iranian Ministry of Intelligence and Security, whose tasks “primarily include the intensive observation and combating of opposition groups inside and outside of Iran.”

Assadi’s defense attorneys attempted to argue that he has diplomatic immunity under the Vienna Convention on Diplomatic Relations and could not be tried for his crimes. Sources report that Iranian officials planned to pressure the Austrian government to send Assadi back to Iran if he was released from German detention so that he could avoid facing justice at all.

On October 1st, the Bamberg State Court in Germany approved Assadi’s extradition, saying in its ruling that diplomatic immunity did not apply because Assadi was not in Austria or Iran when the crime occurred.

The extradition of Iranian “diplomat” Asadollah Assadi from Germany to Belgium for his role in the plot to bomb a rally near Paris reminds us of #Iran’s continued support of terrorism in Europe. We all must be clear-eyed & unified in countering Iranian-backed terrorist threats. pic.twitter.com/PSQRQdEYQa

“Behind all this was a long, meticulous and detailed investigation by our (intelligence) services that enabled us to reach the conclusion, without any doubt, that responsibility fell on the intelligence ministry.”

France acted on this information by seizing all assets belonging to Iran’s intelligence services, as well as the assets of two Iranian nationals. The Foreign, Interior, and Economic Ministers released a joint statement that said: “An attempted attack in Villepinte was foiled on June 30. An incident of such gravity on our national territory could not go unpunished.” France’s Macron had previously warned about a firm response.”