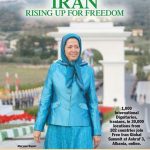 Written by Jennifer Jones-Kelley on August 15, 2020. Posted in MEK (PMOI) IN MEDIA 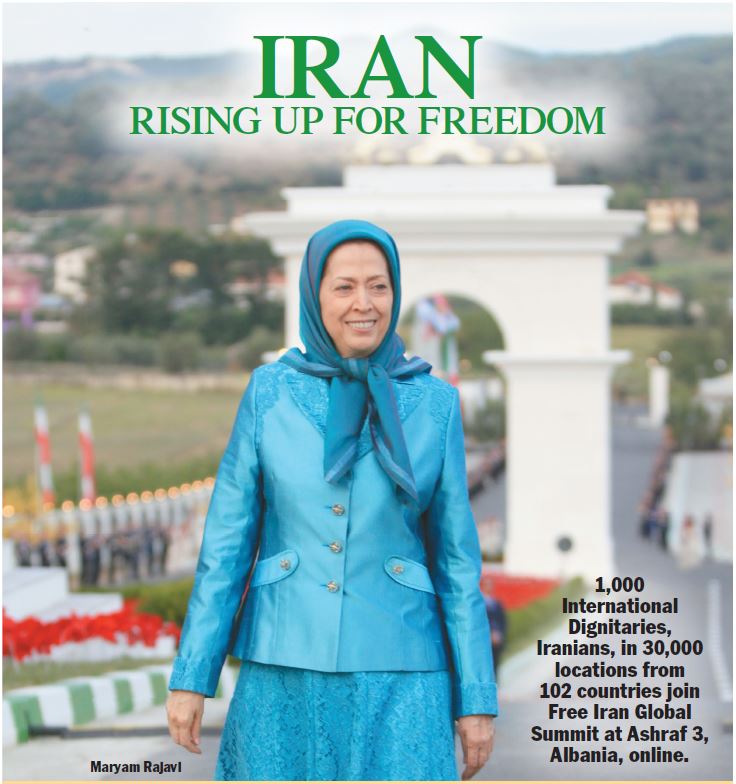 By Jennifer Jones-Kelley: The Washington Times ran a special section devoted to this year’s Free Iran Global Summit in its most recent digital edition. “Free Iran Global Summit: Iran Rising Up for Freedom” is a video description of the three-day online gathering of MEK supporters that was held July 17-20.

The Washington Times piece describes the Free Iran Global Summit as a three-day event that connected people at 30,000 connection points from more than 100 countries, including Iran, on five continents. Participants and attendees joined the Iranian people’s call for the overthrow of the clerical regime and voiced their support for the National Council of Resistance of Iran (NCRI) President-elect Maryam Rajavi’s Ten Point Plan for Iran’s Democratic Future. Participants also called for a firm policy toward the Iranian regime, including the closure of the regime’s embassies and the expulsion of its agents.

In addition to the virtual events, MEK supporters in world capitals held in-person gatherings. Berlin, Washington, D.C., and Paris were all sites of Free Iran rallies. The rally in Berlin was live-streamed to the Free Iran Summit on July 17. MEK Residents at Ashraf 3 gathered together for the summit as well, using their large conference spaces to watch the event. Mrs. Rajavi gave the keynote address. She delivered her remarks from Ashraf 3.

The Washington Times listed the commitments voiced by Mrs. Rajavi on behalf of the Iranian Resistance (NCRI).

The Washington Times included links to speeches from some of the event’s most notable speakers, including:

The one thousand speakers focused on a few common themes over the three-day conference. First and foremost was support for the Iranian people and their right to live in a free and democratic country. Many of the speakers spoke about the November 2019 Uprising and the will of the people to overthrow the clerical regime. Just as many focused on the regime’s cruel actions during the uprising that led to the deaths of 1,500 protesters and the arrests of 10,000 more.

Finally, participants advocated for a firm policy in dealing with the Iranian regime. Participants spoke about how best to provide diplomatic support to the Iranian Resistance to help them in their stated goal of bringing democratic change to Iran.