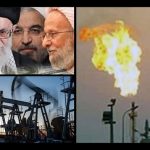 MEK Iran: The Regime Selling Oil to the People Is Plundering the Nation 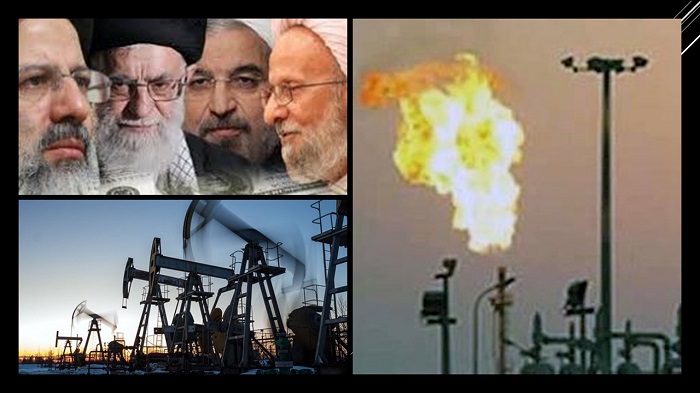 MEK: This is just a way of collecting revenue for the “mullahs and their terrorist proxy groups.

The People’s Mojahedin Organization of Iran (PMOI / MEK Iran) has recently reported that what the regime is now calling economic relief is according to the regime’s President Hassan Rouhani “selling oil to the Iranian people.”

The state-run Donya-e Eghtesad website says “The government wants to pre-sell 220 million barrels of oil in one year in the form of the supply of ‘parallel oil futures’ whose price is determined based on the government official exchange rate system. This figure is equivalent to 600,000 barrels per day of sales in a year and about six times the amount of Iranian oil sales in the first five months of this year.”

This, according to the MEK reporter, is just a way of collecting revenue for the “mullahs and their terrorist proxy groups.” This is outrageous as the oil doesn’t belong to the mullahs but is owned by the people because it is harvested from their land. The problem is that Iran is totally dependent on its oil resources and it has lost trading partners due to the sanctions imposed on the country because of its involvement in warmongering overseas.

According to the MEK, it would be far better if the regime stops its meddling abroad and got the sanctions stopped so that the oil revenue could be filtered back to the people. Unfortunately, this would be high expectations for the regime to fulfill. This is because the regime has its own financial commitments and that is funding terrorism abroad.

Of course, when a regime cares nothing about the people, selling this amount of oil (for now) may seem enough.#IranSanctionshttps://t.co/gRoTSsQ3LN

The MEK reporter goes on to says that as the country is forced to bear the pandemic crisis with its rising death toll, a rise in poverty, runaway inflation, and a cash flow crisis even considering providing revenue for oil sounds completely unworkable. There will be more protests for sure if this so-called economic policy goes ahead.

Ahmad Tavakoli, a former Member of Parliament, who is scared of the regime being unseated, reported the following in a recent broadcast:

“This is selling of the future. It is the transfer of today’s problems to the future. Mr. Rouhani apparently wants to presell the oil to the people in the coming years. Thus, they will be the government’s creditors demanding dollars, not rials. Mr. Rouhani, you have multiplied the dollar exchange rate by six within the last seven years. If the future governments act like yours, how they could pay their debt? This is to overthrow the country into the valley of misery. If overthrowing the country in a few years to compensate for the lack of work, convenience, and corruption is economic relief, then what is misery? If we do not do something and continue like this, the fall is imminent.”

Workers of the Haft Tappeh Sugarcane Company on Wednesday, August 5, continued their protests and on strike for the 52nd day in Shush, Khuzestan province, southwest Iran.#IranProtestshttps://t.co/hPwTGNX9yh

Mr. Abbas Davari is also the Chairperson of the Labor Committee of the National Council of Resistance of Iran (NCRI). He wrote this statement recently, “Iran’s wealth, resources and capital are in the hands of a medieval theocracy interested only in enriching itself.

Inflation is skyrocketing. The money supply is multiplying. The national currency plunging. In these circumstances, no Sino-deal, Euro-trade, or US-bargain can save the ruined economy that is designed only for enriching the few ruling mullahs.

The only elixir is regime change.”