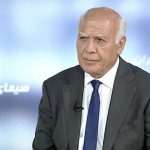 Regime Change is the Best Chance for Economic Recovery in Iran

Written by Mohsen Aboutalebi on August 8, 2020. Posted in NEWS 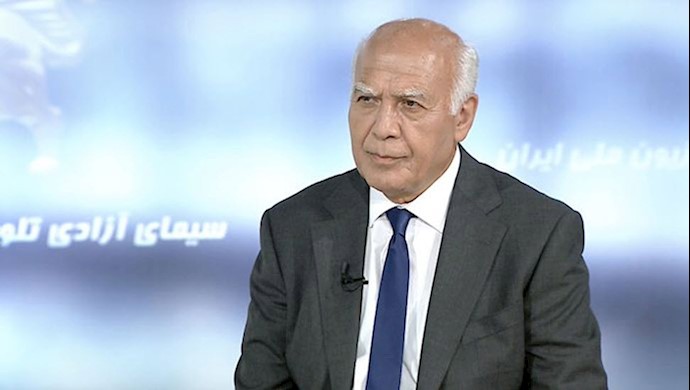 Mr. Abbas Davari, previously a senior member of MEK’s leadership, and since the formation of the NCRI, acting chairman of the Labor Committee

Mr. Abbas Davari, the Chairman of the Labor Committee of the National Council of Resistance of Iran, has recently questioned the state of the Iranian economy. The most serious question that needs to be addressed is how come the country is not prosperous despite the vast amount of revenue gained from oil over the last 4 decades?

What has actually happened is that the corrupt mullahs have run the country as if all its wealth is just there to benefit them. Even though Iranians were aware of this mismanagement, every time they protest many are arrested, put into prison without a trial and even executed for just expressing their own views. All they are protesting about is how the entire country’s wealth is just controlled by five percent of the population. While this misappropriation has been going on the government has accumulated a 380 trillion tomans debt to the country’s banking system.

Workers of the Haft Tappeh Sugarcane Company on Wednesday, August 5, continued their protests and on strike for the 52nd day in Shush, Khuzestan province, southwest Iran.#IranProtestshttps://t.co/hPwTGNX9yh

Over the last 3 decades oil revenues with a value of three trillion dollars have been earned, but millions of people live below the poverty line and unemployment is higher than it has ever been. The economic woes of the country are exacerbated by 10 commercial businesses who have earned net profits of around $2B have paid no taxes at all.

The regime’s ruinous economic policies have since 1979 brought about a fall of 300,000% in the national currency’s value. An awful lot of money finds its way into ‘’ghost accounts’’ and sinister transactions, so the regime’s cronies become richer while the masses of Iranians grow poorer.

The state-run Mostaqel daily announced on June 1st2020 that the Office (Beyt) of the Supreme Leader Ali Khamenei is now estimated to have a booty of one trillion dollars.

Another massive holder of Iran’s wealth is the Khatam Al-Anbia Construction Headquarters, which is owned by the IRGC. The boss of Khatam, Brig. Gen. Saedd Mohammad, revealed last October to state TV that 35 percent of  the total gasoline production, 20 percent of the total natural gas production, 32 percent of  all pipelines and 50 percent of all dam construction is owned by this company and the profits end up in the mullahs’ pockets. There is so much corruption and accountability is virtually non-existent that even Rouhani complained that $20B euros in capital has escaped from Iran without any of it being exchanged for commodities.

Despite the corruption that goes under the radar there are still many cases that go to trial. Presently there are at least 7 million awaiting trial right now. One involves a corrupt official called Jalil Sobhani who has been tied up with the petrochemical industry, but has been recently accused of misappropriating 6 billion euros.  The more misappropriation that takes place the more poverty there is.

Often the regime has blamed US sanctions for the country’s economic woes but far more important is the regime’s corruption where wealth has become concentrated into the pockets of the few leaving little left for the majority.

There are other ways that the country’s wealth has been diverted, one of which is the nuclear program while another is missile development. While this is going on people cannot afford to put food on their tables to feed their families.

The main opposition to the #Iranian regime #NCRI through reports provided by the #PMOI #MEK #Iran through has made the JCPOA aware of the intentions of the regime to build nuclear weapons capabilityhttps://t.co/dJ5kxaxUi9#IRGCTerrorWithoutBorders #coronavirus @USAdarFarsi pic.twitter.com/9njAXbXWmz

The real problem lies in the fact that Iran’s capital, wealth and resources are controlled by a medieval theocracy that cares about no one but itself. Covid-19 is an uncontrolled virus inflicting the people and the second uncontrolled virus is the ruling despotic regime.

Today, more than 50 percent of the population has had to endure living in crowded outer city suburbs. They have to live with inflation and a falling currency.

It has got to the point now that any trade deals with overseas countries are never going to benefit the people. All that is left now is ousting the regime and replacing it with a government that enriches the many and not the few. MEK Iran, the principal opposition organization, and the Resistance Units have dedicated their efforts to this and will finally bring freedom and democracy to Iran.