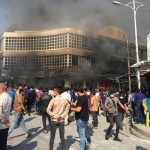 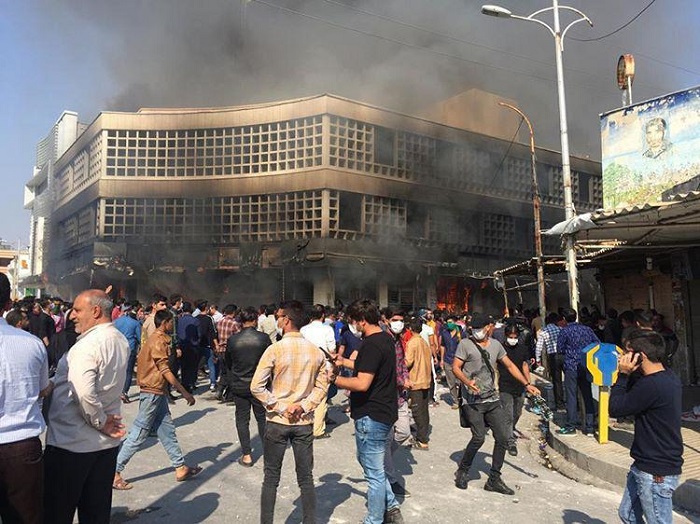 Iran Protests over the hike in gasoline prices, the corruption and the repressive policies of the Iranian regime-November 16, 2019

Iranians took to the streets on Friday to protest gasoline prices after the cost of gas tripled. Protests began to escalate on Friday afternoon, and by Friday evening they had spread to more cities.

The people of Iran, 80 percent of whom live below the poverty line, are furious about the latest example of the plundering of the nation’s resources by the clerical regime. While many workers have had to resort to rummaging through public garbage cans to find food or selling their own organs to provide for their families, the regime and their cronies live in luxury using the wealth that belongs to the Iranian people.

Iranians staged protests in a number of Iranian cities, with the help of the MEK’s Resistance Units. On Friday afternoon the protests grew in various cities in the southwestern province of Khuzestan.

In the cities of Ahvaz, Khorramshahr, Andimeshk, Dezful, Behbahan, and Mahshahr, protesters chanted anti-regime slogans and set tires on fire to block streets and highways.

By Friday evening, the protests had gained momentum as more people joined the demonstrations taking place and additional protests began.

Protests in Ahvaz and other cities in Khuzestan took a dramatic turn when the State Security Force attacked the protesters, breaking the windshields of their vehicles. Ahvazi youth pushed back against the attack and sat down on the street, forcing them to retreat. The young people blocked the Mullah Thani Expressway, chanting, “Let go of Syria, think of us!” and “Have no fear, we are all together!”

Iranian youth have been a major force in the Iranian Resistance, and they have been instrumental in joining the MEK in fighting against the mullahs’ tyranny.

The regime placed the State Security Force, the Ministry of Intelligence and Security, the Judiciary and other suppressive forces in various cities on high alert five days ago in anticipation of massive protests. The country has been on the verge of widespread revolt since the 2017/2018 uprising, and the regime’s answer to the unrest has been to increase its suppression.

In the city of Hashtgerd in Karaj, just west of Tehran, people protested the rise in gas prices by driving their cars in the streets. People held similar protests in Shiraz, Karaj, and Sirjan.

My heartfelt condolences to the families of the martyrs of the uprisings in #Sirjan and #Behbahan. #IranProtests #Iran pic.twitter.com/bz20g5bjtt

Mrs. Maryam Rajavi, President-elect of the National Council of Resistance of Iran (NCRI), saluted the brave protesters in Mashhad, Shiraz, Karaj, Sirjan, Ahvaz, and other Iranian cities for rising up against the corrupt and criminal regime. She encouraged the youth of Iran to join the protesters in their fight.