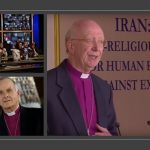 Written by Esmail Mohades on August 9, 2020. Posted in MEK (PMOI) IN MEDIA, NEWS 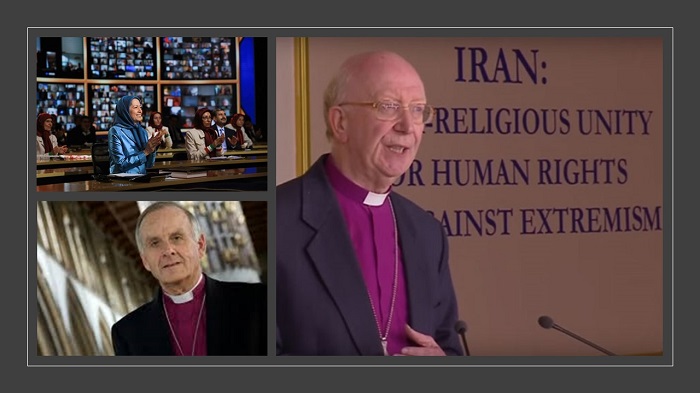 MEK: No doubt many Iranian Christians joined thousands of others all around the world in addition to Iran to participate in the recent Free Iran Global summit held online this year from Albania because of the pandemic.

By The Rt Revd, Dr. Barry Morgan is a former Archbishop of Wales: Christians in Iran are in a minority, and despite being theoretically allowed to pursue their faith do so in adverse conditions. In fact, Christians in Iran survive in what is regarded as the ninth most inhospitable country in the world for practicing Christianity.

Iranian Christians are one of a number of non-Islamic religions that face uncertainty and occasional outright hostility and oppression in Iran. It is one of three religions that are not Islamic that are allowed in Iran, although legally the protection only applies to communities who can show continuity from pre-1979 revolution times. Any Muslim who is caught converting from Islam to Christianity in Iran could be arrested and charged with a capital offense.

International criticism of religious intolerance in Iran has caused the regime to take a less intolerant attitude towards Christians, although it still comes down heavily on anyone of the Christian faith that it perceives as attempting to convert a Muslim to Christianity.

It is a poignant fact that the charge of “enmity against God” was used against 30,000 political prisoners who were members and supporters of the People’s Mujahedin Organization of Iran (PMOI / MEK Iran) in 1988. They were executed and buried in a mass grave, a crime against humanity that still hasn’t been resolved.

Crime against Humanity is a book containing the names of over 5,000 victims of the #1988massacre in #Iran, also addresses of the tombs & mass graves in 36 cities, names of members of 35 Death Commissions, & lists 110 cities where the massacre was carried out. pic.twitter.com/P8iJqAzXJo

The mullahs are becoming more incensed at anything that they perceive as threatening their power, even if it appears to be coming from a persecuted religious minority. The growing house-church movement is something that the regime is obviously concerned about. The meetings take place in private homes and are convened by mutually supportive communities. Nevertheless, these meetings are routinely spied upon and raided by Iranian authorities.

Iranians of all faiths have become resilient in the face of adversity and oppression. This perseverance has allowed the MEK to grow in popularity and lead the resistance to the regime through growing protests and uprisings.

There have been two national uprisings recently. In January 2018 and November 2018, thousands of protesters took to the streets to denounce the regime and call for freedom and democracy across many of Iran’s cities. Iran’s Supreme Leader, Ali Khamenei, has acknowledged the part the MEK has played in organizing these protests. He has been warning his supporters of what he sees as a growing threat to the mullahs’ hegemony.

No doubt many Iranian Christians joined thousands of others all around the world in addition to Iran to participate in the recent Free Iran Global summit held online this year from Albania because of the pandemic. This summit is an annual event organized by the National Council of Resistance of Iran (NCRI) which recognizes and guarantees freedom of religion in a free, democratic Iran which it is striving for. The NCRI’s ten-point platform includes free and fair elections and the separation of religion from the state.

The Free Iran Summit was an opportunity for Iranian Christians and others in the opposition movement to recognize their common goals in removing the theocratic regime in Iran. It was noteworthy that several Anglican bishops like Rt. Rev. John Pritchard, the former Bishop of Oxford, took a part in the summit with statements supporting the Iranian people’s quest for a free Iran.

The bishops issued a statement asking the British government to put diplomatic pressure on Iran to release political prisoners and those who held dual nationality who had been in jail in Iran on trumped-up charges. Mrs. Maryam Rajavi’s ten-point plan got enthusiastic support from these representatives of the Christian church.