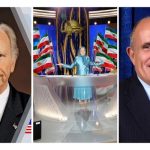 Iranian Regime Turning Up the Volume on the MEK 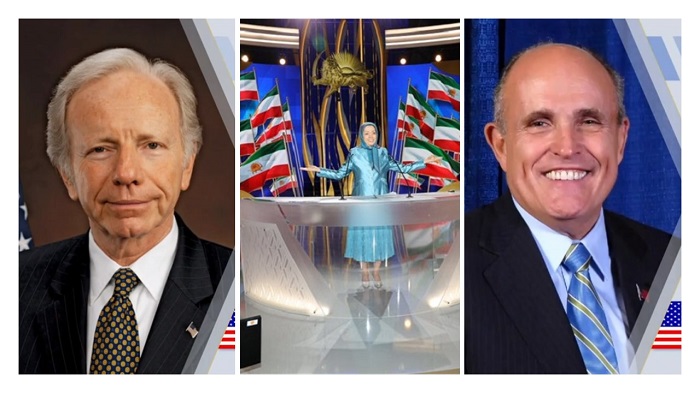 Despite the fact that the clerical regime in Iran has been fully aware of the influence of the People’s Mojahedin Organization of Iran (PMOI / MEK Iran) for the last 41 years and has used propaganda and violence against it at every step of the way, the diatribes against the organization have lately reached fever pitch.

On Friday, July 24th, during Friday prayers, the regime’s officials spelled out a warning about the MEK and its growing influence. The main opposition to the Iranian regime had concluded a successful online summit under the auspices of the NCRI a week previously from its base at Ashraf-3 in Albania.

A Natanz imam said that the MEK was out to foster public protests and was intending to harm the Supreme Leader, Ali Khamenei, and the Guardian Council.

The Ardestan Friday prayer imam made a muddled statement, falsely blaming, on the one hand, the MEK for crimes in Syria, then saying that the MEK had changed its strategy, was no longer using military tactics, but was employing cyber and media “warfare.” “Our youth must be careful and not fall into their traps and believe their lies,” said the imam. The contradiction is that cyber and media warfare are precisely the sorts of tactics that the regime itself is suing to try and discredit the MEK.

Another Friday prayer imam in Varamin added to the chorus when he warned mosque attendees that “what the [MEK] does to harm the national wealth and the supreme leader is to create public unrest and distrust [toward the regime] and decrease hope and open up social wounds.”

The Friday prayer imam of Natanz said: “[The #MEK] want to harm our social wealth such as the Supreme Leader [Ali Khamenei] and the Guardian Council, and the [#PMOI] is seeking public protests.” Khamenei, the top leader of the regime, has the final say on all critical manners. pic.twitter.com/P77IFhMNYO

Why the regime is afraid of the MEK

The Iranian people are turning more and more to street protests and uprisings. The biggest of the recent protests was last November, but there was another in January this year immediately after the downing of the Ukrainian airliner. The regime is afraid of the MEK’s influence in these protests and that because of the economic situation and the mishandling of the coronavirus epidemic the country is ready to explode.

The regime is also fearful of the regular information supplied by the MEK, which highlights the inadequacies of the regime and its attempts to viciously suppress any sign of dissent in the country. The youth of Iran, in particular, are ready to rebel and are looking to the MEK for leadership.

The planned execution of three young people who were arrested last November has been put on hold because of protests in Behbahan. Slogans addressing the dictatorship of the mullahs and a successful Twitter campaign helped to get the executions stopped. Iranian citizens are losing their fear of the regime and this is making the mullahs worried about their grip on the country.

#BREAKING#Iran's regime has been forced to halt the executions of three young men over November 2019 protests, via AFP citing their lawyerhttps://t.co/eE5O8Af3m4#StopExecutionsInIran#اعدام_نکنید

There is no other political alternative

The NCRI and its main component, the PMOI/MEK, is the only significant political alternative to the Iranian regime. The recent Free Iran Summit in Albania, organized by the NCRI, has put the international spotlight squarely on the failings of the Iranian regime and this has only led to the loathing by the regime of the MEK.

As former U.S. senator, Joseph Liberman said in an address to the summit, “Is there another opposition group, frankly is there another—are there many groups in the world who could have organized a meeting like this globally? I don’t think so. Is there another group in opposition to the Iranian regime, on behalf of the Iranian people, with support in Iran, anywhere near the NCRI? No.”

The fact that the NCRI and the (PMOI / MEK Iran) represent a powerful threat to the regime is now occupying the regime’s undivided attention.

The former mayor of New York, Rudy Giuliani, spoke at the summit and this is what he said about the opportunity for Iran to rid itself of the hated dictatorship of the mullahs and replace it with a secular, democratic alternative, “the Iranian regime officials know that this organization is a total threat to them, and when they see today this gathering of people taking advantage of Zoom and the new modern methods of communication, and our ability to broadcast all throughout Iran despite their best efforts to block us, they realize they have a formidable foe.”

Rudy Giuliani said: Iranians have demonstrated their desire for freedom. Over 1,500 people were killed by the regime. The people of Iran have made it clear to the world that they want a free and democratic Iran, ruled by law, in which women are treated equally as men. These are the goals of MEK, of NCRI, of Maryam Rajavi.

Any act of firmness against this regime and any steps taken against it, anywhere in the world, will aid the Iranian's people's struggle to overthrow the regime, and is in line with international peace and security. #FreeIran2020 #Iran pic.twitter.com/A50BEjUsy6

Giuliani pointed out that the existence of a government-in-waiting avoided the problems that were presented with regime change in Iraq many years before.

The advantages of replacing the mullahs’ regime

The fact that a real alternative exists and is ready and willing to take over from the mullahs means that Iran has a real chance of a future that involves peace and prosperity. A statement made by 31 important figures from the U.S. spelled out the importance of the NCRI and the MEK in this statement.

“The one organization that has done more than any other entity, including governments, to free Iranian citizens from tyranny and the world from fundamentalist-inspired terrorism is the National Council of Resistance of Iran (NCRI). The NCRI strives relentlessly to ensure that hope for democracy and an end to injustice remains alive in Iran.”