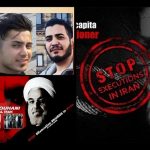 MEK Iran: Protesters in Iran Face Brutal Force Against Them 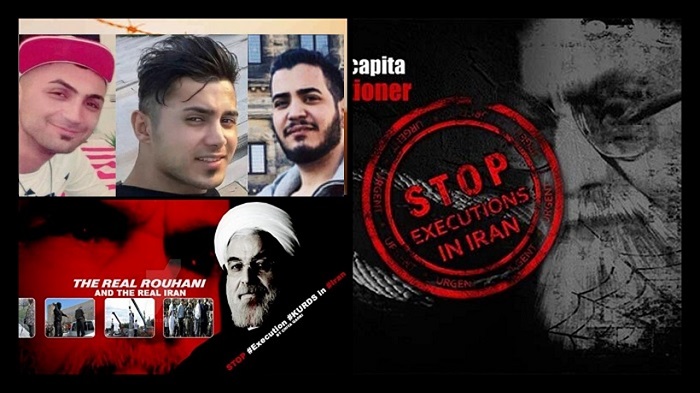 MEK Iran: The crowd of protesters in the southwestern city of Behbehan was fired on by IRGC thugs with tear gas.

Brutal force has again been used in Iran to suppress protests against the current theocratic regime. This is a continuation of the behavior of the regime, which has made accusations against protesters that they have been “spying, encouraging others to participate in protests, acting against national security and disrupting public order through social media,” according to the Iranian Human Rights Monitor. Protesters took to the streets last Thursday and Friday against the regime. There are many good reasons why they would risk arrest or injury by doing so. Three young men were recently executed by the regime as well as a 55-year-old man whose alleged offense was that of drinking alcohol.

The regime is obviously on tenterhooks, worried that there could easily be a repeat of last year’s November protests. The same methods were used in last week’s protests as last year’s much bigger protests. The Internet was quashed, the state-controlled media issued dark comments about “the work of sinister subversives in collusion with hostile foreign powers,” and both the paramilitary units and police were out in force to disperse crowds in a violent manner.

Even more extraordinary was the claim by the IRGC that the People’s Mojahedin Organization of Iran (PMOI / MEK Iran), had sent a sabotage team to Iran when on that very day the organization was busy with an online summit which is held every year called the “Free Iran Summit.” This year’s summit was a virtual affair and attended by several hundred foreign dignitaries as well as exiled Iranian from many hundreds of locations around the world.

Last Thursday, a crowd of protesters in the southwestern city of Behbehan was fired on by IRGC thugs with tear gas. The demonstrators were voicing their opposition to the Supreme Leader, Ali Khamenei, and his practice of funneling off state funds to terrorist groups outside of Iran.

Several demonstrators were arrested by security forces in Khorasan Razavi, while Netblocks.org, the Internet monitoring group, detected blockages of data flow on the Internet in Iran while protests were ongoing.

The Basij paramilitary group was signaled out for attention as one of the prime elements in the force used against protesters. The Basij is often used to quell protests and isn’t bothered by the amount of force the use.

The overthrow of the clerical regime is the firm demand of the people of #Iran. The protests in Nov. 2019 & Jan. 2020 represented their burning desire to do so. With their strikes and the activities of Resistance Units, they move closer every day to this goal. #FreeIran2020 pic.twitter.com/EL782MF3n0

The protesters have some longstanding grievances against their theocratic rulers, but they appear to have been galvanized by specific recent events, including the death sentences handed down to three young men who participated in the 2019 demonstrations and several other executions carried out recently.

Many Kurds have been killed recently by the regime’s forces. Executions against innocent demonstrators as well as the 55-year-old father of two have shocked those who have yet to be brought into the conflict.

There may have been a clumsy attempt recently to cauterize the wounds of ongoing protests, and nothing seems to be going the other way.  A failed espionage campaign has already been uncovered in Iran. The series of fires and explosions have further shaken Iranians’ confidence in the regime.

The protest movement that has recently regained some considerable energy has been energized by the country’s weakening economy, in part because of the tightening grip of U.S. led sanctions. The resistance movement, spearheaded by the (PMOI / MEK Iran), believes that the Iranian regime is on its last legs, with its legitimacy in tatters across the region.

#IranProtests are being held in Behbahan, Khuzestan Province, SW #Iran
Protesters chant: "Not Gaza! Not Lebanon! I will only sacrifice my life for Iran!"
The #Iranian regime heavily suppressed the Nov. 2019 protests, killing a large number of people in this area. pic.twitter.com/TK99f3BKfO

The Iranian people have become acutely aware that their government has become an international pariah, made worse by its handling of the Covis-19 epidemic. They know that their government has been lying about the number of infections and deaths to the World Health Organization (WHO) as well as the number of people injured, arrested, and killed by regime forces last year.

As one resident reported to Reuters from Tehran recently, “people are angry. The economy is so bad that we cannot survive.”