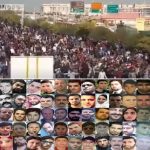 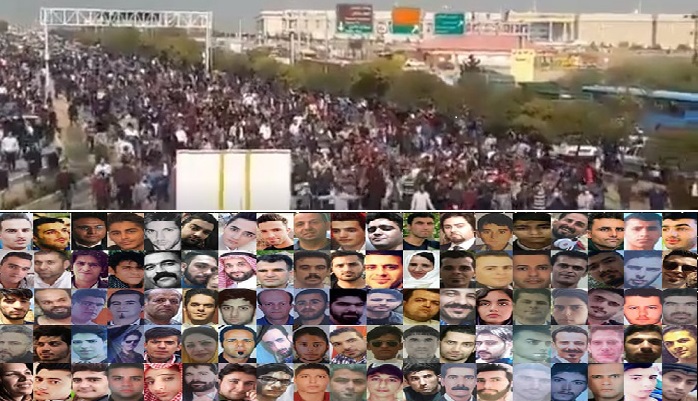 Although the Iranian regime has taken heavy security measures to avoid the eruption of further uprisings, protests over government corruption and economic issues continued in numerous Iranian cities.

The Zarand Minerals Company workers in Kerman held a demonstration protesting their employment status being converted from permanent to temporary contract. The workers stopped working and held a rally.

On January 1, 2020, Shiraz Industrial University students held a demonstration. They were protesting the repressive measures adopted by security forces and government policies meant to further plunder the wealth of the students.

On January 2, 2020, the defiant youth targeted the so-called Imam Sajjad paramilitary Bassij Resistance District garrison, one of the main IRGC bases known as Imam Hassan Mojataba, in Karaj (Alborz Province). The assault came simultaneously with the visit to the city by the regime’s Judiciary Chief Ebrahim Raisi.

The Secretariat of the National Council of Resistance (NCRI) released a statement in this regard.

“This garrison was among the primary bases involved in the bloody suppression of the people and youth in Karaj during the November 2019 uprising, in which a large number of protesters were shot to death by the IRGC. The names of at least 86 of those killed were published by the People’s Mojahedin Organization of Iran (PMOI/MEK).” Reads the NCRI statement.

In another statement by the NCRI, the MEK published the names of 29 other martyrs of the Iranian uprising of November 2019. The PMOI/MEK has announced the identities of 643 of those killed so far.

“Fearing the consequences of its crimes against humanity, the Iranian regime, however, continues to resist domestic and international calls to announce the actual number of martyrs, injured, and detained protesters, and is hiding the extent of the killings,” Reads the NCRI statement adding:

“The regime is pressuring many of those detained under savage torture to appear in televised confessions. Meanwhile, Ebrahim Raisi, the regime’s Judiciary Chief, visited Karaj today, a city where many protesters are imprisoned,”

The international community has not responded to all these arrests and carnage properly. The time has come to pressure the regime to stop torture and execution of those arrested during #IranProtests pic.twitter.com/O5zo4aGjlX

The MEK adds voice to the president-elect of NCRI, Maryam Rajavi to once again calls on the United Nations Secretary-General to send a fact-finding mission to visit prisons and prisoners. “Silence and inaction will only embolden the ruling mullahs to continue their crimes.”