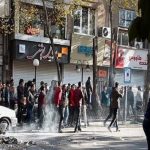 Written by Esmail Mohades on December 18, 2019. Posted in NEWS 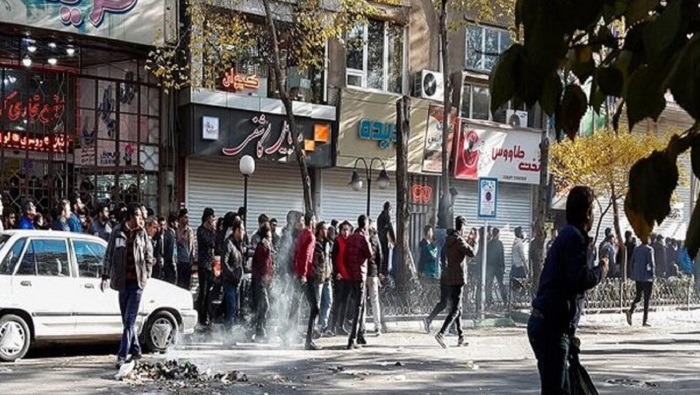 According to MEK Iran, the fascist regime ruling Iran has killed at least 1500 protesters. The MEK Iran has already identified 520 martyrs of the recent uprising which erupted in mid-November.

MEK Iran also released the names of 16 more martyrs of the nationwide uprising, bringing to 520 the number of victims identified so far. The PMOI has confirmed more than 1,500 martyrs in different provinces across the country. At least 400 have been killed in Tehran, 320 in Kermanshah, 270 in Fars, 240 in Khuzestan, 120 in Isfahan, and 100 in Alborz (Karaj).

The people of #Iran are making it very clear to the #Iranian regime that they will not be silenced and that they will not be bullied or threatened into abandoning their protests and anti-government demonstrationshttps://t.co/60v96P6Mz7#IranProtests #MEK @USAdarFarsi pic.twitter.com/B4onpmpFiR

Emphasizing on the formation of a fact-finding mission and visiting the prisoners, Mrs. Maryam Rajavi, the President-elect of the National Council of Resistance of Iran (NCRI) twitted:

“The United Nations Security Council must declare the November massacre, one of the most horrific crimes of the 21st century, as a crime against humanity so that the regime’s leaders are brought to justice.”

MEK Iran also reported that students of Tehran’s Beheshti University while singing “Tulips have bloomed from the blood of the youth, where is justice?”, held a protest gathering outside their dorms against the regime’s brutal killings during Iran Protests. They chanted ” Come out and demand your rights” last night during a protest gathering near their dorms.

In another event, the National Council of Resistance of Iran (NCRI) in Germany held a meeting with German dignitaries in solidarity with Iran Protests on December 17, 2019. The Participants demanded the EU and UN to intervene and stop massacres against Iranian people implementing serious measures to free all protesters detained by the Iranian regime.

Dec-17 NCRI in Germany hold a meeting with German dignitaries in solidarity with #IranProtests
They demanded @eu_eeas & @UN to intervene & stop massacres against #Iran people, implement serious measures 2 #FreeAllProtesters detained by Mullahs
So far+1500 ppl killed by the regime pic.twitter.com/Hpe20y8tQP

About the recent floods in Iran, Mrs. Rajavi said:” My deepest sympathies go out to the people of Khuzestan, Fars, Bushehr, Mahshahr and other flood-hit regions, and to those who have lost their homes. My heartfelt condolences to the families of the victims”.

My deepest sympathies go out to the people of Khuzestan, Fars, Bushehr, Mahshahr and other flood-hit regions, and to those who have lost their homes. My heart-felt condolences to the families of the victims #Iran

“The only way to end this pain and suffering and the calamities inflicted on the people of Iran is the overthrow of the clerical regime in its entirety and establishment of democracy and popular sovereign.”

“Iran’s wealth is being plundered by the ruling mullahs and spent on terrorism, belligerence and anti-patriotic missile and nuclear programs, leaving our people defenseless in the face of natural disasters” she added.