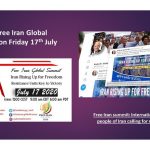 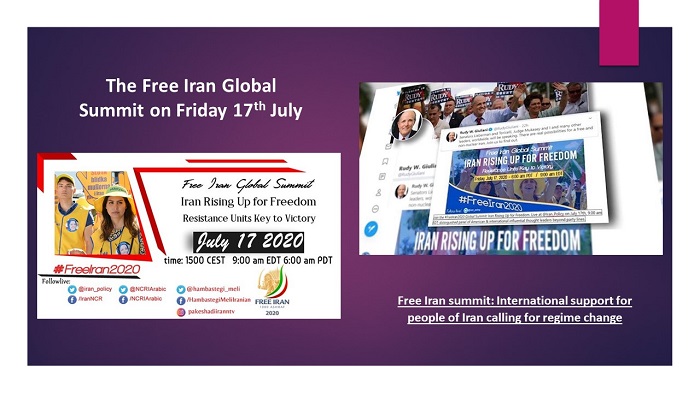 Tens of thousands of Iranians supporting the (NCRI) and (PMOI / MEK Iran) from around the world participate in the Free Iran rally.

Every year, tens of thousands of Iranians supporting the National Council of Resistance of Iran (NCRI) and the People’s Mojahedin Organization of Iran (PMOI / MEK Iran), from around the world including many dissidents participate in the Free Iran rally. It is held by the main opposition (PMOI / MEK Iran) to the Iranian regime and is a very important event in the Iranian Resistance’s calendar because it is a time to look back on how far the movement has come and to look to how it can progress even further. Hundreds of distinguished guests, politicians, religious leaders, members of parliament and dignitaries participate and show their support for the opposition.

The event is being held this week, although it will be a virtual gathering because of COVID-19 restrictions. The Free Iran Global Summit on Friday 17th July will have the usual array of high-profile speakers, including former Senator Joe Lieberman, the US President’s attorney Rudy Giuliani, former Undersecretary of State for Arms Control and International Security Robert Joseph, and former US Attorney General Michael Mukasey.

The National Council of Resistance of Iran (NCRI) has said that there will be people from 102 different countries joining the event, from around 30,000 locations. The event will deal with many pertinent issues such as the regime’s continued and increasing reliance on terrorism. There will, as usual, be calls for the international community to take action and to support the people in their calls for regime change.

Concerning terrorism, it must be noted that the Free Iran gathering in Paris in 2018 was targeted by the Iranian regime. An Iranian diplomat played a part in this foiled terrorist attack and is due to go to court in Belgium in a few days. This is just one plot against the (NCRI) among many.

Some of the speakers due to address their audience on Friday have said in a statement that they call on governments around the world to make sure that the Iranian regime is held accountable for its aggression and threats, and the “blood of so many Iranians on their hands”.

Every year, it is made very clear that the alternative to the Iranian regime is the most peaceful. It stands for all of the things the regime does not – peace, the respect of human rights, democracy, equality, and freedom. A member of the (NCRI), Ali Safavi, said that “when one speaks about regime change, one does not have to think of putting boots on the ground, but empowering and enabling the people of Iran and the opposition to bring about that change”.

There is no doubt that the current Coronavirus pandemic will be discussed during the event too. The virus has spread the whole way across the country, killing tens of thousands of Iranians, and affecting millions. The Iranian regime’s negligence and mismanagement are to blame for such a catastrophic death toll and there are calls for international intervention.