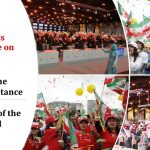 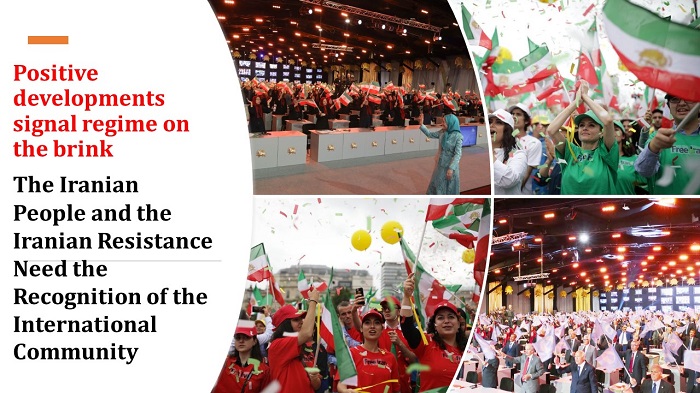 The live-streaming will link up as many as 100,000 participants from 30,000 different locations.

Iranians know their country better than anyone. They know, for instance, that an attempt to get the current Iranian regime to reform and adjust its behavior is an impossible task. The current regime needs to be removed and another free and democratic government needs to be put in its place.

Many Iranians, especially those that live in exile and are part of the growing resistance movement, understand that the international community must accept that regime change is needed for fundamental change to occur within Iran. The resistance movement by the National Council of Resistance of Iran (NCRI) and the People’s Mojahedin Organization of Iran (PMOI / MEK Iran), has been gathering each year in the summer to persuade the international community to recognize the need for the mullahs to be overthrown in Iran. This has become even more potent in the last two or three years as the Iranian regime has become increasingly internationally isolated and the prospects of a real revolution more likely.

The 2020 summit that is being held online this year is more significant perhaps than any previous year. There are huge pressures building on the Iranian regime. One of the more obvious changes in the regime’s response to the Iranian resistance movement (NCRI) and (PMOI / MEK Iran) is an attempt to recognize and quash the MEK resistance units within Iran itself.

Until the last two years, the regime and its supreme leader, Ali Khamenei, only referred to the resistance movement, more specifically the People’s Mojahedin Organization of Iran (PMOI / MEK Iran), as a sideshow and consisting of only a small irrelevant group of people who were unpopular in Iran and had basically little influence. All that changed as the protests in Iran, spearheaded by activists who supported the MEK, became hard to ignore. In 2019 and again at the beginning of this year, protests across Iran took place in many of its cities against the regime, with protesters calling for the end of the regime and using slogans such as “Death to the dictator!”

This targeted response to the growing influence of the MEK has been stepped up in recent months. In a speech to the Basij militia in April, for example, Ali Khamenei warned militia members to be on their guard against radicalizing youth, especially university students, who he said were being influenced by the MEK. In the speech, he said that radicalized students were now rejecting the basis of the “Islamic revolution,” a term which in Khamenei’s own universe really means support for his own regime.

In January 2018, the year started with a nationwide uprising across Iran. The protests were subsequently suppressed as brutal attacks were made on the protesters by the Islamic Revolutionary Guards Corps (IRGC). There were many deaths at their hands. Following the NCRI’s Iran Freedom Rally, which took place in Paris in June 2018, there followed another nationwide uprising across Iran in November 2019, initially triggered by a steep rise in gasoline prices. The protests were again brutally suppressed but this time many more people were killed or arrested. It was calculated that as many as 1,500 protesters were slaughtered by the IRGC. Many more perished or succumbed to Covid-19 as it swept through Iran’s prison system this year.

The tactics by the regime’s forces have not prevented the spark of resistance within Iran. In January 2020, after the IRGC shot down a Ukrainian commercial airliner leaving Tehran, thousands of more people poured out onto the streets to denounce the senseless attack and the denial of responsibility by the regime until it became impossible to pretend that it had nothing to do with it.

Soon afterward, Covid-19 swept into Iran and mass protests became impossible even though the regime showed complete ineptness in dealing with the disease and its devastating effects on the Iranian population. The regime has continued to deflect blame by warning about the dangers of the MEK and its resistance units.

The regime is clearly preparing for further popular dissent and advising its forces to be ready to suppress any sign of protest if and when the epidemic subsides. In fact, there is little sign of that happening as the virus spreads almost unimpeded across the country, with a catastrophic over 70,000 people now dead from contracting the disease. The number may have been far less if the regime had concentrating on managing the disease as many other countries have done rather than ignoring it and hoping that it would just disappear.

Following this year’s Free Iran summit, held online, there will be plenty of information available for the international community to absorb and use for a response to the call for support for the resistance movement in Iran and the need for regime change. Mrs. Maryam Rajavi, the president-elect of the NCRI will give many speeches at the summit as will many invited dignitaries from all over the world. The summit will discuss in earnest how a viable alternative to the mullahs’ regime can be created. There will be thousands of Iranian citizens who will participate as well as many who are active in the MEK resistance units.

The summit this year will be held online in light of the pandemic which is still prevalent worldwide. The live-streaming will link up as many as 100,000 participants from 30,000 different locations. The summit is expected to be even more of a success than previous years because of the relative ease of access by so many participants.

The main aim of the summit will be to convince the international community that it is imperative to support the Iranian resistance and recognize its right to overthrow the current regime in Iran if it is looking for real positive change and bring peace and security to this part of the world.