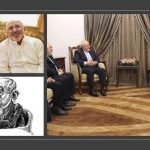 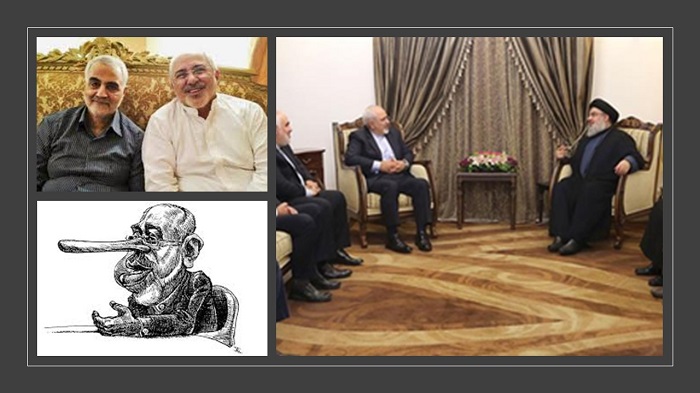 MEK Iran: Ali Khamenei, attempted to stifle factional infighting he said: “not be at each other’s throats over this or that convention or agreement.”

Factional fighting has continued to dominate the internal ruptures in the Iranian regime. It got so bad last week that 200 parliamentary deputies signed a petition to question Iranian president, Hassan Rouhani. Members of the Iranian Parliament have even called for Rouhani to be impeached. This was when Javad Zarif was called for questioning, according to a report in the Fars news agency, which is affiliated with the IRGC.

The main bone of contention is the worsening economic situation in Iran and the feeling that Rouhani and others in the leadership of the regime are to blame. Mohammad-TaghiNaghd-Ali, a deputy from Sedeh in Khomeyni-Sahr province, was emphatic about both Zarif’s and Rouhani’s’s’s failures. He was quoted as saying that “although there are countless questions to put to Zarif, there should be a judge and a trial to prosecute not only Zarif but also Mr. Rouhani for committing treason against the nation.

I submit to you, Mr. [Mohammad Baqer] Qalibaf (the parliament speaker), that the road map that the parliament has chosen will not get us anywhere! To sit here and listen to the nonsense of some Ministers is fruitless…We can no longer cope with the (skyrocketing) dollar’s exchange rate of 21,000 tomans, Gold coin price of 10 million tomans, and the price of chicken being 20,000 tomans.

These are the result of the policies of Rouhani and his team in the past seven years. Mr. Qalibafit’s a waste of time seating and listening to the Ministers’ pointless words. Let us commence the President’s impeachment.” “The government wasted $18 billion with the exchange rate of 4,200 tomans as well as 65 tons of gold, under the guise of providing basic goods and needs of society,” he was quoted as saying, according to Alef, a state-run website.

The head of the National Security and Foreign Policy Commission of the Parliament, Mojtaba Zolnour, told Zarif that he was not the only person he was addressing. ‘I am also addressing the head of the state, Hassan Rouhani,’ he said. Mojtaba Zolnour said that the Foreign Policy goals and objectives were a failure. “You set the priorities backward. Why did you leave the region under the guise of negotiations over the (past) three years?” he said to Zarif.

Another parliamentary deputy, Gholamhossein Karami, addressed Zarif, asking him who was responsible for setting the country backward. “Was it the result of your efforts or Qassem Soleimani’s?” he asked. “Can you name an area where Mr. Rouhani’s government’s theories have not set the country back?”

Zarif was ready to respond, telling the deputies that (Supreme Leader) Khamenei and Qassem Soleimani were the ones who controlled the regime’s foreign policy. “Qassem Soleimani and I used to meet and coordinate every week. Together we coordinated the regional issues. Those who knew him (Soleimani) and knew and had relations with Hassan Nasrallah and the Iraqi, Lebanese and Palestinian resistance, know how our relations were,” he said.

The factional infighting amongst members of the regime illustrates the desperate state that the regime is in and the fact that this unpopular dictatorship is ready to collapse because of its rotten core.

Listen to Iran's Foreign Minister, @JZarif defending himself in parliament today while being berated by lawmakers.
Zarif: I coordinated everything with Soleimani/the Supreme Leader knew about my lies/"We are all on the same boat".

– And this boat is going to sink very soon. pic.twitter.com/CXICdzw3qu

In her speech addressing members of the British Parliamentary Group for Iran’s freedom, Maryam Rajavi, is the President-elect of the National Council of Resistance of Iran’s (NCRI) said: “The mullahs ruling Iran are currently more fragile and weaker than any other time in the past three decades. The deepening economic crisis, mounting infightings, the crisis in the region, growing popular discontent, and increasing resistance by people have brought the regime closer to its downfall.”

Despite the infighting taking place between regime factions, nothing is more important to the mullahs’ regime than presenting a united front when it comes to eliminating the existential threat posed by the (PMOI / MEK Iran).

The “current dangers” are of course the regime’s growing fear of the people’s uprisings particularly with the role the MEK, has been playing in mobilizing the, which poses a threat to the mullahs’ continued claim to power. Officials call for unity time and time again, but they have repeatedly failed to address the fundamental problem facing Iran: the Iranian people are unified against the mullahs, and no amount of solidarity amongst officials can change their desire for regime change.