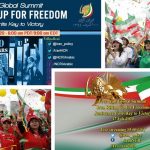 MEK Iran: 40th anniversary of Day of Martyrs will be held in Tehran 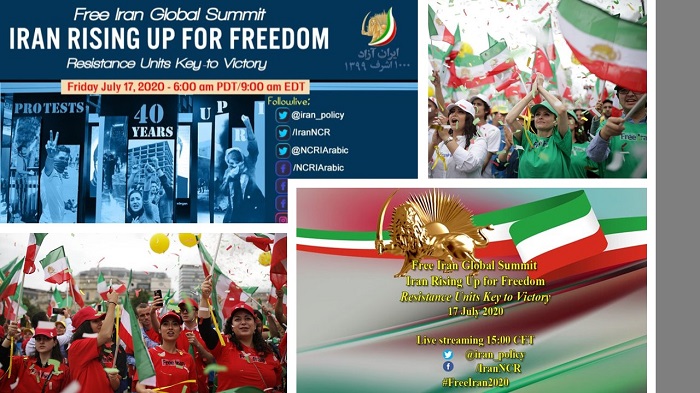 The People’s Mojahedin Organization of Iran (PMOI / MEK Iran) and its supporters began to oppose the fundamentalist regime in Iran.

Iranian democracy advocates marked an important milestone last Saturday when the National Council of Resistance of Iran (NCRI) held an online conference on the anniversary of the first major uprising against the regime on June 20, 1981.

The commemorative conference, held on the 39th anniversary of the Day of Martyrs and Political Prisoners, was significant because the supporters and members of the Resistance The People’s Mojahedin Organization of Iran (PMOI / MEK Iran) are confident that the 40th anniversary will be celebrated in the streets of Tehran, once the mullahs have finally been overthrown.

The confidence in regime change is the result of increasing domestic and regional crises faced by the regime, which will, in turn, increase the chances of a protest by the people.

The People’s Mojahedin Organization of Iran (PMOI / MEK Iran) began to oppose the fundamentalist regime as soon as it began, coming to a peak on June 20 when roughly 500,000 people, led by (PMOI / MEK Iran) leader Massoud Rajavi, marched on Parliament. The regime sent out thousands of Islamic Revolutionary Guard Corps members to stop the protesters, resulting in the deaths of hundreds in the streets.

This was just a precursor for a long series of IRGC attacks on peaceful protests, much like the brutal crackdown on the November 2019 uprising where 1,500 protesters supporters of the (PMOI / MEK Iran) were shot dead in just one week and thousands more were wounded and/or arrested. Another case would be the punishments levied against prisoners who dared to protest for temporary leave during the coronavirus pandemic, which led to many of those who did not escape being tortured and executed.

2)
Every year, the #Iranian Resistance holds its annual “Free Iran” grand gathering in Paris. Tens of thousands of Iranians and supporters of the main Iranian opposition movement, the #MEK from around the globe attend the major event. #FreeIran2020https://t.co/yYMxuSFrqF

Iranian human rights activist and analyst Hamid Enayat wrote: “That crackdown came as little surprise to those who are familiar with the standard behavior of the Iranian regime. It certainly came as no surprise to those supporters of the (PMOI / MEK Iran) and expatriates who witnessed the violent backlash against the 1981 uprising and have been waiting impatiently for any sign of change during the nearly 40 years that followed.”

Indeed, just seven years after the 1981 uprising, 30,000 political prisoners most of them supporters of the (PMOI / MEK Iran) were massacred in an attempt to wipe out all opposition to the regime. While the situation is different now and it is harder to gather in person, the National Council of Resistance of Iran (NCRI) and the (PMOI / MEK Iran) have continued their protest online, contradicting the regime’s lies.

Enayat wrote: “The international community has a choice to make regarding where it will stand when those uprisings come to pass. Historically, most foreign governments have stood on the sidelines whenever Iranian authorities clashed with their citizens. But if supporters of the (PMOI / MEK Iran) and the National Council of Resistance of Iran (NCRI) are correct and regime change is ultimately inevitable, then the world should keep in mind that standing on the sidelines will be tantamount to standing on the wrong side of history.”