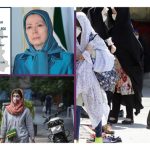 The Iranian regime is speeding along towards its collapse 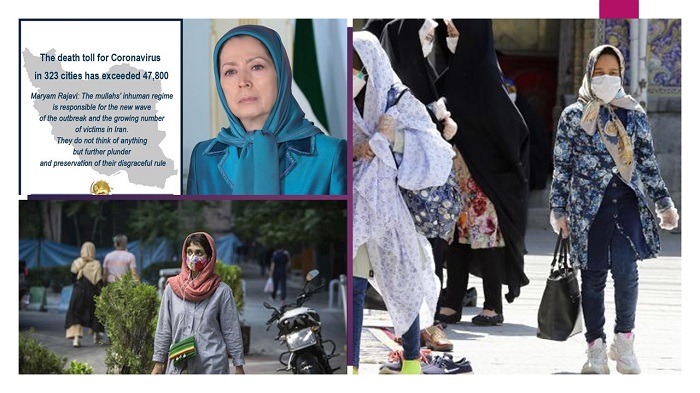 MEK Iran: Iranian regime is proving, once again, that the people are not the priority.

The Iranian regime’s corruption and mismanagement have lasted for years. The country’s wealth has been plundered and the regime has spent billions of dollars on terrorist exploits abroad.

A few days ago, a member of the Iranian parliament mentioned during an interview on a state television channel that before the start of last year the Iranian regime had spent at least 30 billion dollars on its exploits in Syria alone.

Heshmatullah Falahatpisheh also confirmed that the huge spending has continued, with huge sums of money being given directly to Bashar al Assad and his regime in the form of aid. The Iranian regime has also been spending huge sums of money on numerous militias in Syria.

In the latest developments, it has become known that the regime is continuing to plunder national resources on malign projects that further its interests.https://t.co/3UnagzNGgq#Iran #MEK #Covid_19 #coronavirus @USAdarFarsi pic.twitter.com/O1l9URYbXE

The Iranian regime has also invested a lot in Iraq where it is trying to embed itself even further into internal politics. However, Iran’s meddling there has not been received well by the general Iraqi population who took to the streets in October last year demanding that Iran leave their country. The Iraqis are also fed up with their government officials that have been bought by the Iranian regime, describing them as Iran’s puppets.

The MEK Iran and the Iranian opposition leader, Maryam Rajavi,  have long opposed the Iranian regime’s policy of expansionism and meddling in Iraq.

The mullahs’ inhuman regime is responsible for the new wave of the #coronavirus outbreak and the growing number of victims in #Iran. They do not think of anything but further plunder and preservation of their disgraceful rule.https://t.co/gta8P1quUU pic.twitter.com/1afUfWW3ZC

At home, the Iranian regime is dealing with a whole series of crises. It cannot manage its domestic problems and is pinning many hopes on its exploits abroad. But it is failing on all fronts. Just like with the Iraqi protesters where Iran’s Islamic Revolutionary Guard Corps (IRGC) led violent attacks on the people of Iraq, the regime has been doing the same at home. Protesters routinely face a brutal backlash from the authorities and many arrests are carried out.

The regime faced two major uprisings – one in January 2018 and another in November last year. It has made the regime realize that it is not invincible and that the people are going to be the force behind the regime’s collapse. In the most recent uprising, there were more than 1,500 protesters killed and many thousands injured and arrested. Some of those that were arrested have since been sentenced to death.

The Basij force has been told to pay attention to what is happening across the country and to be prepared to deal with it. The Supreme Leader even warned them to look for dissent in universities. However, no amount of preparation is going to allow the regime to contain another uprising. With every uprising that it survives, it just gets weaker and weaker.

The latest crisis in Iran is the Coronavirus health crisis. It could be the one that pushes the Iranian regime over the edge. Since the beginning of the outbreak, the regime has been trying to give the impression that the situation is under control.

Over 47,800 people have died of the novel #coronavirus in 323 cities checkered across all of #Iran’s 31 provinces, according to reports tallied by the Iranian opposition PMOI/MEK as of Friday afternoon local time, May 29.https://t.co/dJvDCjwAi5

The Iranian president and the Supreme Leader have been saying that the situation has been managed so well that normal activities can resume in large parts of the country. But this is just endangering the people because hospitals are still struggling to cope. This regime is proving, once again, that the people are not the priority.