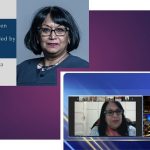 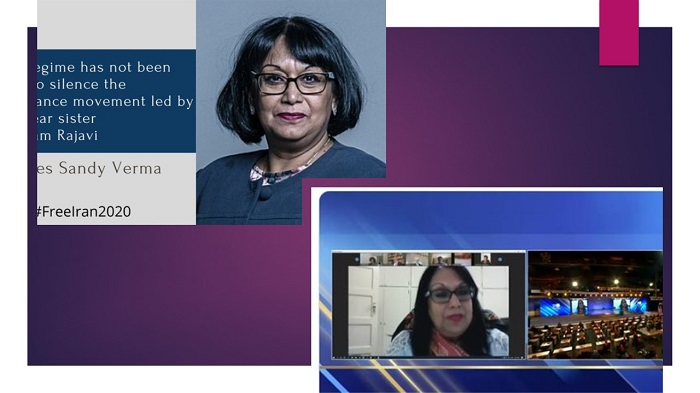 20 JUNE, 2020 INTERNATIONAL ONLINE CONFERENCE: It is a great honor to join cross-party colleagues and prominent personalities from Europe and the US in your celebration of the days of martyrs and political prisoners.

Allow me to begin my remarks by sending my best wishes and greetings to the brave people of Iran and members of the Iranian Resistance movement in Ashraf 3 in Albania.

Speaking at the #FreeIran2020 online conference, @Baroness_Verma: the world could see the popular rejection of the ruling dictatorship during the anti-regime protests with chants of "Down with dictator" reverberated across #Iran. https://t.co/49twLwsEu4

We have gathered today to recognize and remember the four decades-long struggle for a free and democratic Iran, where women have a leadership role and are at the forefront of the protests. Throughout this struggle, there have been great personal sacrifices and courage in the face of brutal theocratic tyranny. The regime has executed and killed over 120,000 supporters and members of the Iranian Resistance movement and the (PMOI / MEK Iran), not only in Iran but also through terrorist assassinations in Europe.

Yet, despite the pervasive persecution and systemic crackdown since 1979, the regime has been unable to silence the Iranian people and the Resistance movement led by my dear friend, Maryam Rajavi.

The world could see this determination is reflected in the nationwide protests against the regime in November last year and the nationwide uprising in January this year.

Today, the regime is terrified by the organized Resistance movement and the growing support for the (NCRI) and its president-elect Maryam Rajavi inside Iran, especially among the younger generation. That fear was on display when the regime’s Judiciary recently admitted the arrest of two Iranian elite students for connection to the (PMOI / MEK Iran), which is the driving force in the organized Resistance movement. That fear is also present as regime officials warn of coming popular protests because of the growing dissent in the Iranian society,

We know that the (NCRI) and (PMOI / MEK Iran) and its resistance units in Iran are active in helping and mobilizing the people to organize their protests. They are spreading hope and the message of the (NCRI) President-elect, Maryam Rajavi, that a free, secular, and democratic Iran based on the rule of law and gender equality is within reach.

And the world could see the popular rejection of the ruling dictatorship during the anti-regime protests with chants of “Down with dictator” reverberated across Iran. The International community saw a microcosm of these nationwide protests during the annual gathering of the (NCRI) in Paris where over 100,000 Iranians attended in 2018 together with hundreds of international parliamentarians and personalities. Not surprisingly, the regime tried to disrupt that gathering with a bomb plot but failed because of intervention from police and security agencies from France, Belgium, and Germany.

All of these prove that the (NCRI) and the 10-point platform for future Iran presented by its president-elect, Maryam Rajavi, has strong and widespread support among Iranians both in exile and inside Iran. Mrs. Rjavi’s democratic platform has shaken the regime to its core and threaten the theocracy’s survival.

Sadly, our Government is late to see this reality. The UK has, in the past, tried to appease Tehran and decide to proscribe the Iranian opposition, the (PMOI / MEK Iran), as a goodwill gesture to the so-called moderate president in Iran, Khatami. But, the highest court in the UK rejected this terrorist labeling against the organized Iranian opposition as perverse and ordered the Home Office to de-proscribe the (PMOI / MEK Iran).

The UK has now an opportunity to remedy the past mistakes by recognizing that the threats posed by the regime in Iran have an Iranian solution and a viable Iranian alternative, which is supported by the Iranian people, namely the (NCRI) and Mrs. Rjavi’s 10-point plan.

The UK Government should therefore publicly support this Iranian alternative and make it clear to the regime’s leaders that they are to be held accountable for their atrocities and terrorism by engaging with the (NCRI) and people of Iran to establish international accountability process.

The proud and brave people of Iran deserve a better, prosperous future, and my colleagues and I in the UK Parliament will continue our cross-party advocacy and support the Iranian people’s democratic aspirations, the (NCRI) and the popular struggle for change until Iran is free. Thank you.