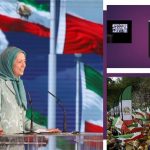 Iranian Supporters and the MEK/NCRI 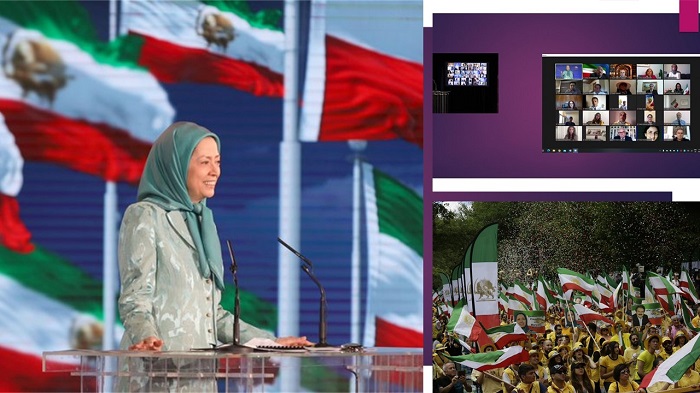 500,000 people turned out to support the People’s Mojahedin Organization of Iran (PMOI-MEK).

The Iranian resistance movement, the (PMOI / MEK Iran), evolved after the 1979 revolution, which ousted the despotic regime of the Shah. It turned out that despite the revolution the new regime never really supported democracy or human rights. All it has turned out to be over these last forty years is the installation of religious fascism, whereby people are denied their rights to speak against the regime.

1)
In the following thread, we are going to see why the People’s Mojahedin Organization of Iran (PMOI-MEK) is the leading opposition group in #Iran, and why the regime is so terrified of the #MEK. #FreeIran2020https://t.co/VByxB7UDoi

There have been nationwide crackdowns on any individual or group that refuses to conform. The (PMOI / MEK Iran) has been one of those few organizations that quickly recognized the inconsistencies in the Iranian revolution and that it has never recognized democracy as a route to a free and fair society.

It has taken many long years of struggle for the (PMOI / MEK Iran) to be able to truly start to develop an organized opposition in Iran. Throughout the last 4 decades, the current regime has tortured, imprisoned, and executed anyone who has opposed its religious fascism.

Last week, due to the impact of COVID-19, a video conference using ZOOM took place between the MEK and its supporters from around the world. The virtual conference was attended by individuals and groups from 2,000 different locations throughout the world, with more than 100,000 individuals viewing the conference online.

We have declared that our goal is not to take power at all cost. Instead, our goal is to realize the Iranian people’s desires for the establishment of freedom, justice and democracy at all cost. #FreeIran2020 #Iranhttps://t.co/czxJDHGp5o pic.twitter.com/BpvGJP5gGF

Mrs. Maryam Rajavi, the president-elect, pointed out that little has changed to the protest movement in the last 40 years. She said that protests about the policies of the regime are not much different today than in 1981 when almost 500,000 people turned out on the streets demanding a freer and more democratic Iran. Support for the People’s Mojahedin Organization of Iran (PMOI / MEK Iran), was at a high level then as it is today. The MEK has steadfastly been the center of the National Council of Resistance of Iran. The regime itself could only control this pro-democracy movement by arresting its members and quietly executing them in the hope that it would stop all resistance. This hasn’t happened and today this video conference shows that support for freedom, democracy, and religious freedom for Iranians has been stronger than it has ever been.

Sadly, up to now, large coalitions such as the European Union have been sitting on the fence regarding Iran despite knowing full well that those organizations and their members who support freedom and democracy in Iran were being imprisoned, tortured, and executed for challenging the regime. The number murdered has to date reached 30,000, many of whom were political prisoners.

One dictator was replaced by another

One noticeable feature of 1979 ousting of the Shah was it was just simply the replacement of one dictator by another. The slogans arising from the uprisings in 2018 and 2019 were much the same as those used in 1979. Unfortunately, the regime’s response wasn’t to recognize the protester’s demands for a free and fairer Iran but it simply oppressed democracy by imprisoning and killing any of its opponents.

Any force, whether it is an individual or an organization, is likely to continue to support its aims or beliefs until it has won. This was shown by the number of protesters who flooded Iran’s streets protesting about the cover-up of a missile strike that crashed a commercial jet, killing all 176 people on board.

Despite the deadly outbreak of COVID-19, the poor response by the regime has just led to an increase in support for the MEK, especially from the younger generations pursuing a freer, more egalitarian Iran.  This is only possible by overthrowing the regime. The ballot box isn’t the route to electing a government for all because corruption and misinformation run the ballot box.

#Maryam_Rajavi, delivered a powerful speech at the conference to mark the struggle which is spearheaded by the People’s Mojahedin Organization of #Iran #PMOI / #MEK #Iran).https://t.co/FhzWDWegOM #Iranian #coronavirus @USAdarFarsi #MullahCovidHolocaust pic.twitter.com/DZ6fppjKzA