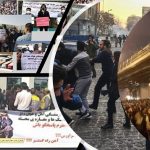 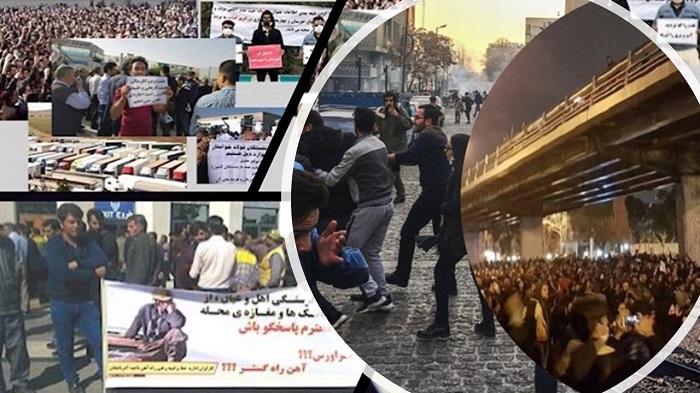 (PMOI / MEK Iran) sources inside Iran report that people across Iran have held protests over the past few weeks.

There are people from all over Iran who are starting to protest about their poor standard of living. They are doing this by taking part in gatherings and rallies so that they can share their common goals.

The People’s Mojahedin Organization of Iran (PMOI / MEK Iran)  sources inside Iran report that people across Iran have held protests over the past few weeks.

Mullahs Regime officials have tried to suppress these protests in the past and failed, and there is a growing concern among those in power that the rising tide of protests will lead to another uprising.

People from all walks of life across #Iran are holding more gatherings and rallies protesting their poor living conditions.#IranProtestshttps://t.co/2ipqpjHLxb

The workers of the Haft Tappeh Sugar Cane Company in Shush, southwest Iran, are part of the protests and they have already been holding protests for 8 days in a row.

What the sugar workers are demanding

They want their overdue paychecks paid; they want better working conditions; they want to see a halt to privatization plans for the company, as well as an extension to the expiry dates of employee’s medical plans. Key labor activist, Ali Banisaad, at the Haft Tappeh Sugarcane Co., said there had been a delay in responding to the workers’ demands because of a pending court case involving the company CEO. However, the workers were at a work doing a job and not getting paid for it. Strikes have taken place 125 times by employees of the Haft Tappeh Sugarcane Company.

IRGC appoints Hossain Nejat as commander of Sarrallah Base: a sign of regime’s utter fear of #Iran protests
Sarallah headquarters is an important part of the security apparatus of the IRGC, and its primary responsibility is to provide security for #Tehranhttps://t.co/vgIuujbTbN

Banisaad said it wasn’t right that some employees had to wait months, even years, to get the pay they had worked for.

For two days in a row, workers of a tile factory have downed tools and held rallies protesting about the delays in receiving their paychecks. This latest gathering took place just outside the factory site. These workers haven’t been paid for more than a month but their employer isn’t even responding to their demands. They have had to talk to the media about their position. The Isfahan Tile Industrial Company is almost fifty years and is old one of the most significant tile production factories in Iran. This company has a big share in Iran’s tile exports.

All these protests and the last uprising in late November and December lead to one unmistakable conclusion: The (PMOI / MEK Iran) strategy of establishing Resistance Units has been effective in organizing and directing the protests nationwide. Protests are necessary but not sufficient. They need leadership, sustained communication, organization, and strategy.

That’s why the regime’s leaders, including Ali Khamenei, his president Hassan Rouhani and other officials of the mullah’s regime, constantly express alarm over the growing role of the (PMOI / MEK Iran) and its resilient Resistance Units across Iran.