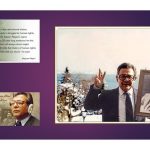 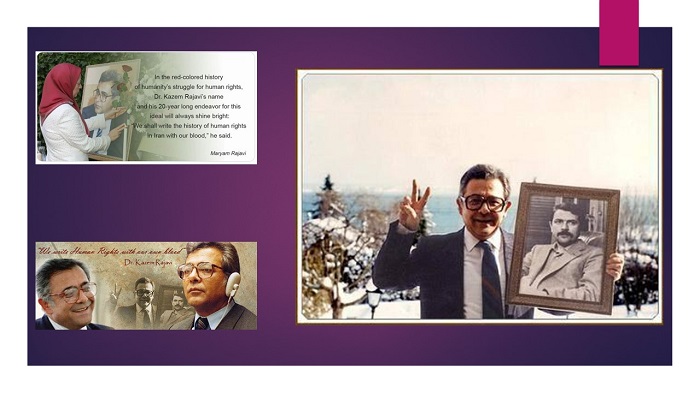 Iranian communities and supporters of the (PMOI / MEK Iran) and individuals have angered by Swiss government action.

One such opponent was Dr. Kazem Rajavi who was shot and killed by Iranian regime operatives. Professor Rajavi was the representative in Switzerland for the National Council of Resistance of Iran (NCRI). He was also the brother of Massoud Rajavi – the leader of the Resistance movement.

Professor Rajavi was killed near his home in the suburbs of Geneva on 24th April 1990.

In March 2006, an order for the arrest of Ali Fallahian was issued by the investigative judge because of the individual’s involvement with the murder.  Fallahian was the Iranian regime’s Minister of Intelligence at that time. The NCRI had documents and reports showing that he and many other officials were involved with the assassination, including Supreme Leader Ali Khamenei, the Foreign Minister at that time Ali Akbar Velayati, and Hassan Rouhani who was the Supreme Leader’s representative on the regime’s Supreme National Security Council.

The investigators looking into the assassination concluded that meticulous planning was involved. Commando teams traveled to Switzerland on several occasions to prepare the assassination, and the people involved were issued with Iranian service passports indicating they were “on a mission”.

#Iran: The Decision to Close Dr. Kazem Rajavi’s Assassination Case Justifies Crime Against Humanity
International arrest warrants must be issued for those who ordered and perpetrated this terrorist murder. Justice must be carried out. #HumanRights #Swiss https://t.co/JPDPv1aLfY

The Swiss government recently informed the NCRI that the murder case will be closed because of a statute of limitations. This has angered many Iranian communities and supporters of the Mujahedin-e Khalq (PMOI / MEK Iran), and individuals working towards justice for the many freedom fighters that have been murdered by the regime.

The International Committee in Search of Justice (ISJ) organization wrote to the President of the Swiss Confederation, Simonetta Sommaruga, about the closure of the case, arguing that it is only going to further embolden the regime because it knows it will never be held to account.

The ISJ committee enjoys the support of more than 4,000 parliamentarians, both in Europe and in the United States and Canada.

In their letter, the ISJ wrote that they were “shocked” to hear that the file would be closed, emphasizing that the Iranian regime had sent terrorists to Switzerland intending to kill Professor Rajavi. They described the decision as “an insult to justice and a violation of democratic and human rights values, prompted by political expediency that encourages the religious fascism ruling Iran to carry out further assassinations with impunity”.

#Iranian regime’s reign of terror in the 1980s worsened, the #PMOI / #MEK #Iran became more established. However, this brought about the most vicious crackdowns by the regime and Dr. Rajavi was assassinated.https://t.co/hN0fkYK4XM #IRGCTerrorWithoutBorders @USAdarFarsi pic.twitter.com/mISeKp8cS2

The ISJ emphasized that there have been countless cold-blooded assassinations like this and that the regime is continuing to act with impunity. They reminded the President of the Swiss Confederation that “economic deals and political considerations never justify concessions to terrorism”.

The organization called on the President of the Swiss Confederation, the Foreign and Justice ministers, the Attorney General, and the prosecutor of Vaud county and Swiss officials to issue international arrest warrants for those involved. ISJ said that the individuals responsible for the assassination could be tried in absentia.

Finally, the organization called on “all human rights advocates, parliamentarians, and civil society in Switzerland to call on the authorities to continue to pursue justice in this file”.