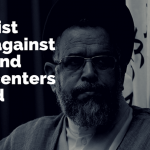 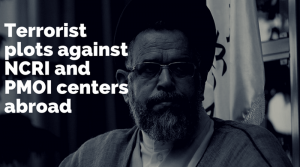 A series of terror plots against the MEK (PMOI)has been uncovered this year. Attacks against the resistance organization have been plotted in Albania, Germany, and the United States. The Iranian regime is behind the plots, according to Albanian law enforcement agencies. A report aired on March 22nd on Albanian television, which said:

“Since the beginning of the month, intelligence and anti-terrorism agencies have been monitoring 10 people who are said to be able to organize terrorist activities in Albania. All Iranian citizens who enter Albania are under widespread surveillance both at the border and during their stay in Albania. Law enforcement agencies in Albania are in particular worried about Iranians who could be used by Tehran’s secret services to strike a blow to the protection of 3,000 members of the Iranian Mojahedin who are refugees in Albania.”

Albanian Prime Minister Edi Rama responded to a question about the threats to the MEK (PMOI)refugees currently living in Albania, saying:

“I believe that, for MEK we did the right thing. We gave accommodation to a group which is persecuted. And that’s it. Regarding your question about security and threats, we are on the right side of history, we are in a group of countries of the Euro Atlantic club which are threatened in the same way. I believe that all these countries take measures against terrorist threats.”

Threats Against the MEK (PMOI)

The Iranian regime has stepped up their campaign to demonize and delegitimize the MEK (PMOI)since the uprising that began at the end of last year. On January 9th, Iran’s Supreme Leader, Ali Khamenei, acknowledged the role played by the MEK (PMOI)in the recent uprising and threatened members of the resistance organization, saying, “We must speak with and enlighten those who entered the fray in the spur of the moment, including students and non-students, but the [PMOI] should be treated differently.”

The MEK (PMOI)has spent the past month working to prevent assassinations against its members and attacks on its offices. The MEK (PMOI)has been attacked by the regime previously, leading to the deaths of many of its members living as refugees at Camps Ashraf and Liberty. The regime appears to be planning an escalation of its campaign against the organization, which could quickly lead to terrorist attacks.

The Supreme National Security Council (SNSC) in Iran opted for an “operational” response to the PMOI/MEK. They decided, in part, to spy domestically on those deemed to be responsible for the protests and to plan a major attack on the PMOI/MEK, using the current capacity of the Revolutionary Guards and the Ministry of Intelligence Service (MOIS).

The Agence France-Presse (AFP) reported that Hassan Rouhani, the regime’s president, called French President Emmanuel Macron on January 2nd to demand that he take action against MEK (PMOI)members currently in exile in France for so-called “terrorist” activities against the regime. President Macron refused. French newspaper, Le Figaro, responded to this call, writing, “In the Elysée it is said that we have never had discussions with the Iranians where the issue of the Mojahedin has not been at some point mentioned to us.”

Suspicious activities, such as reconnoitering, photographing and mock parking maneuvers, have been reported in Berlin and Washington, D.C. outside of the offices of the National Council of Resistance in Iran (NCRI), of which the MEK (PMOI)is a member. Relevant officials have been informed of possible terrorist strikes.

On March 22nd of this year, Albanian law enforcement arrested two Iranian operatives suspected of terrorist activities in Albania. These agents claimed to be journalists. The Albanian news reported:

“These two Iranian citizens were arrested for further investigation by anti-terrorism agencies after information was received from Albania’s international partners stating that they were planning to carry out a terrorist operation.”

The MOIS frequently has its operatives pose as journalists. On July 9, 2017, Ali Fallahian, a former Iranian Intelligence Minister, said:

“In order to gather intelligence, the Intelligence Ministry uses various covers both inside the country and abroad. We don’t send an intelligence agent to Germany or to the US to say ‘I’m from the Intelligence Ministry.’ It’s necessary for them to operate under covers such as traders or journalists.”
The regime’s hostility toward the MEK (PMOI)is well-documented. As protests continue in Iran against the repressive theocracy, it is expected that their campaign to demonize the MEK (PMOI)will continue to escalate.