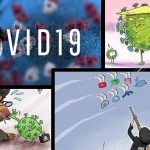 MEK Iran: Resistance Units Continue to be Active Across the Country 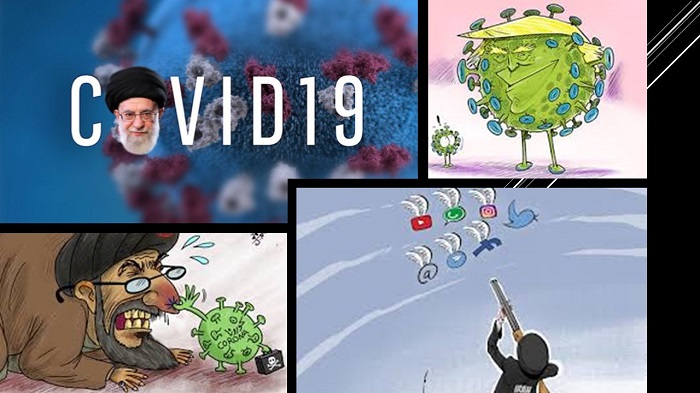 MEK young supporters voiced their opposition to the mullah’s regime across the country.

The Iranian regime is in a desperate situation. Since the beginning of the Coronavirus outbreak, it has failed to take the necessary steps to control the crisis. Rather, it has turned a blind eye to the situation and has let it spiral out of control.

The government’s figures concerning the death toll have been consistently under-reported since the very beginning. The main opposition to the Iranian regime – the People’s Mojahedin Organization of Iran (PMOI / MEK Iran) – knew that this would be the case, as it has been so often in the past. For this reason, the (PMOI / MEK Iran) has been reporting on the reality of the situation and consulting with medical professionals and locals across the country.

More than 50,900 people have died of the novel #coronavirus in 330 cities checkered across all of #Iran's 31 provinces, according to the Iranian opposition PMOI/MEK. pic.twitter.com/1SPpd74gM7

The role of the opposition has been a source of great embarrassment for the regime that has been falsifying the figures in an attempt to make it look like the situation is under control. A spokesperson for the regime’s Ministry of Health Kianoush Jahanpour was fired in recent days. Saeed Namaki, the Health Minister, said that the dismissal of his colleague could have been prevented if he had consulted him before speaking freely in the media.

One of the reasons for Jahanpour’s dismissal is surely the comments he recently made regarding the COVID-19 death toll. When a member of the Coronavirus task Force committee said that a fifth of people in the country has the virus, Jahanpour said that this was inaccurate. He said that the “correct figure” is around 10 percent. This information is very revealing because if we use these figures provided by Jahanpour, then the death toll is much higher than the figures the regime and its propaganda machine is starting.

More than 50,700 people have died of the novel #coronavirus in 327 cities checkered across all of #Iran's 31 provinces, according to the Iranian opposition #PMOI #MekMild https://t.co/IksfdahQfD#Iranian #coronavirus @USAdarFarsi #MullahCovidHolocaust https://t.co/PqjX0bjKAX pic.twitter.com/mxpsVI7MwC

In any case, whatever the true figure is, the people of Iran have had enough. They know that the regime is lying to them and they are determined to see the regime collapse. The people are supported by the MEK’s Resistance Units that are located the whole way across the country. The Resistance Units amplify the voice of the people and are making sure they are not silenced.

In the past few days, they have been active in many cities including capital city Tehran, as well as Shiraz, Karaj, Isfahan, Kerman, Urmia, Gilan, Kermanshah, Tabriz, and Mashhad, to name only a few. They have been graffitiing in public places with slogans such as “Down with Khamenei and Rouhani who is the cause of the coronavirus” and “We will stand tall as high as the flag of the Lion and Sun”.

The Resistance Units and the defiant young people voiced their opposition to the mullahs and their support for the opposition and leader Maryam Rajavi.