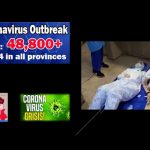 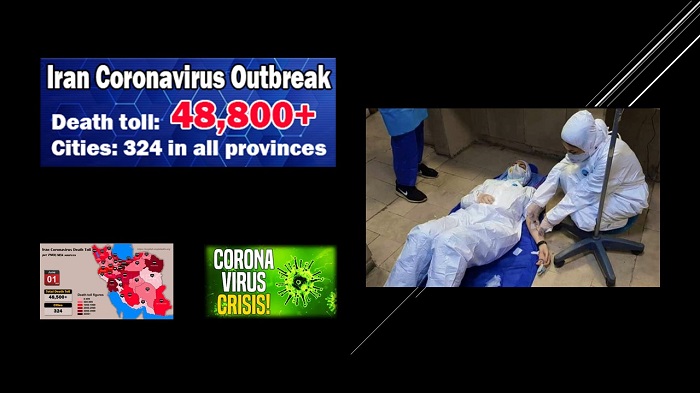 According to the (PMOI/MEK), over 48,800 deaths contradicts the lies of the Iranian regime.

The number of deaths across Iran caused by Covid-19 has reached 48,800, according to the Iranian opposition, People’s Mojahedin Organization of Iran (PMOI/MEK Iran), on June 2nd. This contradicts the lies of the regime, who insist that only 7,942 have died.

Over 48,800 people have died of the novel #coronavirus in 324 cities checkered across all of #Iran’s 31 provinces, according to reports tallied by the Iranian opposition PMOI/MEK as of Tuesday afternoon local time, June 2.https://t.co/4KVbzxVZVR

The Hormozgan, Isfahan, Kurdistan, and Western Azerbaijan rates of infection and deaths have increased at an “alarming rate,” according to the Iranian Health Ministry.

According to state-run TV on June 2nd, hospitals in Ahvaz, Amiralmomenin, Fatemeh Zahra, Monfared Niaki, and Taleghani have all admitted Covid-19 patients. 683 new infections and 14 deaths were reported by the Ahvaz Medical Sciences University on June 1st according to the Aftab News website.

The “number of people entering hospital emergency sections in all cities and towns in southwest Khuzestan province has increased,” according to the dean of the Abadan Medical Sciences University. The dean suggested that quarantine measures may have to be reintroduced.

The governor of Abadan said that there were now multiple rates of infection compared to a few weeks ago when there were days that went by with no new cases of the disease.

Khuzestan is experiencing a shortage of specialized nurses and other personnel, according to the Health Ministry, as reported by the state-run Aria news agency.

The dean of Hormozgan Medical Sciences University said on Tuesday, June 2nd that the province of Homorzgan was experiencing a huge increase in new cases of the disease, up to 10 to 15 times previous rates. “The number of confirmed cases in the province has reached 4,017,” he said.

The rate of increase of the disease in Homorzgan has been acknowledged to be “alarming,” according to the Head of the Bandar Abbas Health Center.

Also at code red is the city of Minab in southern Iran, according to the city’s governor.

In Kermanshah, there have been 159 new infections and 4 new deaths, according to the dean of Kermanshah Medical Sciences University. Kermanshah’s Golestan hospital now has 241Covid-19 patients. The hospital’s president was reported as saying that there was a fear that another new outbreak in the province could overwhelm the hospital.

In Western Azerbaijan, there has also been an “alarming” increase in Covid-19 patients in Mahabad. The dean of the Western Azerbaijan Medical Science University said that the daily increase on May 31st was the highest it had ever been at 229 new cases.

Assessment of hospitals’ experts puts the real number of fatalities in #Iran at 12 to 14 percent of those infected. This is while official statistics put that number around 5%, which is much lower than other parts of the world.https://t.co/eH8enPHT8d#MEK #COVID19 @USAdarFarsi pic.twitter.com/HPGVXOVpta

According to the Fars News Agency, Taleghani hospital is also struggling to cope with new cases of the disease. The more sobering news is that some of these new cases are showing severe symptoms of Covid-19, with 64 new patients in the hospital and 12 of these in ICU.

There has been a 50% increase in Covid-19 deaths in the last 10 days alone in Razavi Khorasan province, according to the province’s governor. This was reported by the state-run ILNA news agency.

The city of Zanjan also reported depressing news that the city was back in a code red scenario, according to Hamshahri.