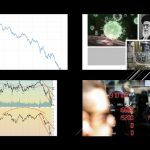 Iran’s Stock Market is a Bubble About to Burst

Written by Mohsen Aboutalebi on June 1, 2020. Posted in NEWS

MEK: THE IRANIAN REGIME WILL BANKRUPT THE COUNTRY WITH A STOCK MARKET BUBBLE.

Almost all stock markets around the world have fallen because of the Covid-19 outbreak. The Dow Jones, the S&P 500, the London Stock Exchange, the Far East, and the stock markets in Arab countries. Not surprisingly, there is one exception and that is in Iran, which has increased since March.

This has brought the Iranian President, Hassan Rouhani, to publicly state that other countries can’t handle their financial affairs when they are in the midst of a crisis.

The Coronavirus outbreak in Iran is just the latest in a long list of crises that the Iranian regime has been battling against. More than 48,200 people have died according to the latest figures announced by the People’s Mojahedin Organization of Iran (PMOI / MEK Iran).

For 40 years, the mullahs have been able to get away with incessant stealing, looting and plundering of the Iranian people’s wealth. But all things come to an end, especially when they’re rooted in evil.#Iranhttps://t.co/sxXWjYScto

Stock sales reached a peak at the beginning of March when 70 trillion rials of shares of Shasta were sold to two million people who shared eight billion shares. These shares are 10% of Shasta’s capital. Shasta is a big holding company that owns 187 companies with a total workforce of 44,000. Shasta is owned by retired people and anyone who is insured with the Social Security Organization. All the board members and CEOs are appointed by the government.

The 9 key holdings of Shasta include the following companies:

Shasta is owed more than 2.5 quadrillion rials from the present government. In reality, Shasta belongs to those wage earners who pay premiums, but the Iranian regime has always tapped the funds for itself which means it has been stolen.

The reason why the Iranian regime has posted so much propaganda about the stock market is because of the 800 trillion rials deficit in the last year’s budget. It can only make this up by raising capital by way of the stock market, which means stealing people’s assets.

With the health crisis, the economic crisis, and the unemployment crisis worsening with every day that passes, the regime is digging its own grave.https://t.co/qdqkL6wwsC#Iran #MEK #coronavirus @USAdarFarsi

For shareholders in the 7 companies, these shares have no guarantees, as 7 petrochemical projects have not yet been built but their shares are still being traded on the stock market and are experiencing a growth spurt.

So far, Mamasani Petrochemical, Darab, Fasa, Jahrom, Dehdasht, Kazerun, and Petrochemical are set to be constructed in Golestan. However, so far, the Dehdasht Petrochemical has experienced a growth of 4% since its launch twelve years ago, but it is only an empty area of land, home to just some brick walls.  This company can be found on the stock exchange where shares have increased from 1,000 to 7,230 rials.

Golestan Petrochemical is in much the same position as it isn’t yet made of bricks and mortar but it can only be found in paper form. it is still trading at 2,800 rials a share. 280 billion rials come from Golestan residents’ money but it hasn’t been used for a useful project.

Darab Petrochemical hasn’t experienced any growth over the last decade, even though 100 billion rials have been invested in the project. It was originally placed in a desert area but now ideas are floating around that it should be transferred to Asaluyeh in southern Iran. Each share of the company’s shares has a value of 360 rials.

As well as Shasta, Rouhani’s government is intent on listing some state-owned companies, such as the Iranian Mines & Mining Industries Development & Renovation (IMIDRO}. This is frowned upon by Mehdi Karbasian, the former Chairman of the Executive Board of IMIDRO,

The International Monetary Fund (IMF) has indicated that in 2019 Iran experienced a contraction of 9.5%. In 2018, its growth was also negative at -4.8%. Throughout the world as a result of Covid-19, growth is predicted to be –3% in 2020. Inflation becomes an issue too with the IMF and the World Bank suggesting that Iran will have to put up with an inflation rate of around 38%. Only Sudan and Venezuela have higher inflation rates. Unemployment is predicted to increase from 14.5% in 2018 to 17.4% in 2020.

The prediction for the current increase in the stock market is that it will fall rapidly in the middle of this month. This was announced by Mojtaba Tavangar, a newly appointed member of the Iranian regime’s Majlis (parliament).

There are all sorts of reasons why the Tehran Stock Exchange should not rise by 250% compared to global trends.  These include:

Economist Pouya Nazeran came out with the following explanation:

“From early 2016 the stock market has grown by 240%, meaning 240% added devaluation of the rial (Iran’s currency), while 45% of the actual growth of early to the end of 2019 can be explained by the investment and increased productivity of listed companies.” It is difficult to describe 240 percent actual growth considering the economic circumstances of the past few years, the nose-diving oil prices and the devaluation of petrochemical products around the world.”

The reality is that the Iranian regime has created its propaganda to conceal the budget deficit, and so it can get money from the Iranian people. Some of the money invested in companies that haven’t created anything as has been noted above cannot be physically seen by the Iranian people who are the investors.

Also, Rouhani’s regime has been selling off state-owned companies at rock bottom prices so that the money can be used to fund the regime’s thugs. One example was selling off the Haft Tappeh Sugar Company worth $230 million to young Revolutionary Guards (IRGC) members for the small figure of $2 million paid in installments.

In conclusion, economists within the Iranian regime say the stock market is just a bubble due to the selling off of state assets. The true situation of the Iranian economy means the bubble is likely to burst sooner rather than later.

Iranian economist has warned that there are troubling times ahead if the Iranian regime fails to resolve the worker crisis in the country. Hossein Raghfar said that it is very likely that protests are going to erupt imminently unless there is a drastic improvement in the situation – something that seems very unlikely.