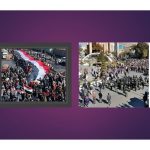 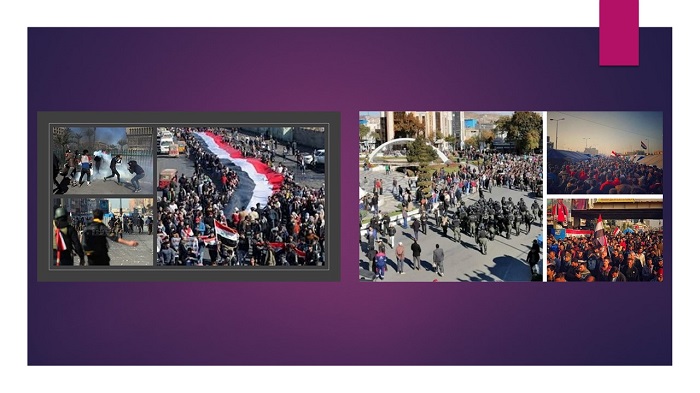 MEK Iran: The Iranian regime has been dealing with a series of setbacks in Iraq.

The Iranian regime has been dealing with a series of setbacks and blows over the past few years and months. The US administration has made it very clear that it is going to continue putting pressure on the Iranian regime, especially with regards to its financing of terrorist activities. Iran’s oil exports have withered away to almost nothing.

At the end of last year, the people of Iran instigated a massive nationwide uprising that made the regime realize that its grasp on power was becoming more and more compromised. The Iranian regime then lost a high official – General Qassem Soleimani – after he was killed in Iraq by a US drone strike. Then, a short time later, it shot down a Ukrainian passenger jet, killing all on board.

More than 43,100 people have died of the novel #coronavirus in 319 cities checkered across all of #Iran's 31 provinces, according to the Iranian opposition PMOI/MEK. pic.twitter.com/ZA1Jwgn7B5

And now, the Coronavirus outbreak has put another spanner in the works for the regime. It has tried to cover up the extent of the outbreak, but thanks to the People’s Mojahedin Organization of Iran (PMOI / MEK Iran) – the main opposition to the Iranian regime, the people and the international community can hear the facts about the health crisis. The regime’s mismanagement of the situation, and its gross negligence, are not going to be forgotten and another uprising is looking very likely.

Iranian officials have also been raising concerns about the situation in Iraq. Over the years, the regime has been relying on its interventions and meddling in Iraq to expand its policies. The Kayhan daily, a mouthpiece for the Iranian Supreme Leader, has reported that the military presence of the United States is extremely worrying, describing it as “the most important security challenge”. It said that the US is there for the long-haul and that this may “evolve into a very significant change of events for Iraq’s future”.

The Iranian regime is also concerned about the recent appointment of Mustafa al-Kadhimi as Prime Minister of Iraq and Abdolvahab al-Saedi as the head of the country’s anti-terrorism police force – someone who has the US and Baathist support.

Iranian officials are aware that there will probably be some significant security changes in Iraq now that the new Prime Minister has invited NATO Secretary-General Jens Stoltenberg to visit the country and now that he has announced further talks with the US about a security agreement.

In the latest developments, it has become known that the regime is continuing to plunder national resources on malign projects that further its interests.https://t.co/3UnagzNGgq#Iran #MEK #Covid_19 #coronavirus @USAdarFarsi pic.twitter.com/O1l9URYbXE

Iran has had significant influence in Iraq and the PMOI / MEK Iran revealed documents proving that tens of thousands of Iraqis, including many senior commanders of armed military forces and politicians, are being paid by Iran. Al-Hurra TV reported earlier this year that several of these people were top government officials.

The people of Iraq are fed up with the Iranian regime’s interference and meddling in their country.  Starting in October last year, the people of Iraq took to the streets to voice their anger and opposition.

Faced with a very bleak situation at home, the Iranian regime is pinning its hopes on its exploits abroad. However, the challenges keep presenting themselves to the regime and its survival is not a given.