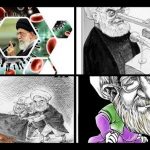 Written by Jennifer Jones-Kelley on May 17, 2020. Posted in NEWS 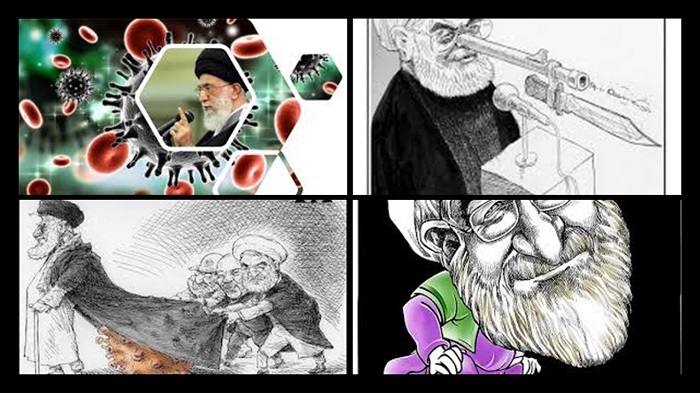 The novel coronavirus, according to a statement released by MEK.

More than 42,100 people in 318 cities in all 31 provinces in Iran have died from COVID-19, the disease caused by the novel coronavirus, according to a statement released on Saturday, May 16 by the MEK Iran.

The number of deaths by province is as follow:

The second wave of infections in several provinces and numerous cities has flooded hospitals and forced local officials to issue new quarantine restrictions. Meanwhile, regime President Hassan Rouhani turned a blind eye to the crisis caused by his premature decision to lift the country’s lockdown order and instead vowed to continue with his dangerous plans. “The cohesion and unity of officials at various levels across the country have been one of the most important factors in the success of managing and controlling the deadly Coronavirus…. As the number of virus-free cities increases and we approach the virus containment phase, other more high-density businesses, and centers, such as stadiums and cultural centers, can also be reopened,” he said in his Thursday address.

Over 42,100 people have died of the novel #coronavirus in 318 cities checkered across all of #Iran’s 31 provinces, according to reports tallied by the Iranian opposition PMOI/MEK as of Saturday afternoon local time, May 16.https://t.co/LPBojCE1TH

Rouhani was contradicted an hour later in a report aired by the state-run IRNA news agency, which cited new coronavirus figures from a spokesman for the Ministry of Health. According to the spokesman, there have been 1,808 new infections and 71 deaths in the past 24 hours. The spokesman acknowledged the new outbreak in Khuzestan and warned that North Khorasan may share the same fate. The regime’s official numbers, while concerning, are far lower than the actual number of cases and deaths. The regime only tallies hospitalized patients into its figures, which account for only 20 percent of all cases, and it does not test all people who are hospitalized.

Massoud Mardani, a member of the National Coronavirus Combat Taskforce (NCCT), warned of an increase in coronavirus deaths in remarks carried by the Revolutionary Guards (IRGC)-affiliated Fars news agency on Wednesday. “Now that the number of people infected with the Coronavirus is rising day by day, we should not expect a fall in the number of deaths in the coming days … The number infected is on the rise,” he said. Notably, Mardani’s warning came a day before Rouhani declared victory over the coronavirus.

More than 41,500 people in 317 cities in all 31 provinces in Iran have died of #COVID-19, the disease caused by the novel coronavirus, according to figures issued Wednesday by the #MEK. https://t.co/A3bKNaj2Bd#Iran #COVID19 @USAdarFarsi pic.twitter.com/O2FlEXaqKU

In an interview with the Tasnim News Agency on Wednesday, Alireza Bahadory, the mayor of Behbahan, Khuzestan Province, said: “With much regret, we declared a red state in the city… and we call on the people to observe home quarantine 100% and leave the streets. Of course, the order to turn off the lights in the parks and to block the road to the Cemetery was also issued immediately.”

On Thursday, Hossein Farshidi, President of the University of Medical Sciences in Hormozgan told the state-run Asre-Iran daily: “The increase in positive cases of Coronavirus in the recent week is worrying and dangerous. In case of an increase in the number of people infected, the reopening will be reconsidered.”

Officials in Lorestan Province are taking similar measures. On Thursday, Jaafar Toulabi, the Governor of Khorramabad announced: “Due to the increase in the number of infected patients in Lorestan Province and the announcement of the red status in Khorramabad and several other cities…the governors have been granted jurisdictions to impose appropriate restrictions relevant to their cities,” according to the Tasnim daily.