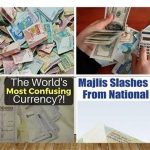 MEK Iran: Altering Exchange Rate Will Not Save the Regime

Written by Jennifer Jones-Kelley on May 13, 2020. Posted in NEWS

Tehran’s hold on power is as weak as its economic propaganda.

On Sunday, May 10, mojahedin.org published an editorial by the MEK Iran entitled “Tehran’s hold on power is as weak as its economic propaganda.” The article explained the Iranian regime’s recent decision to artificially alter the country’s exchange rate and argued that this action would result in increasing poverty and rising social unrest.

The rial, Iran’s national currency, has lost 600 percent of its value relative to the U.S. dollar since Ruhollah Khomeini and the clerical regime seized power in 1979. The regime plans to address the problem by changing the national currency to the toman. This would effectively drop four zeroes from the exchange rate, lowering it from 150,000 to one to 15 to one.

The plan is an excellent example of the regime’s economic savvy—or lack, thereof—in the sense that it will have absolutely no effect other than the perpetuation of empty propaganda.#Iranhttps://t.co/3hcDLUSdvF

“The plan is an excellent example of the regime’s economic savvy—or lack, thereof—in the sense that it will have absolutely no effect other than the perpetuation of empty propaganda,” the MEK Iran article stated. The change in currency will take two years to complete, during which time the regime’s mismanagement of the economy might undo any possible positive impacts of the switch.

“Even in the best-case scenario, the individual bills and coins in their pockets will carry more value, but their actual household purchasing power will remain unchanged, if not diminished,” wrote the MEK Iran article.

According to the article, the more likely outcome is that the trend of hyperinflation would continue. The regime would have to drastically change its economic policies in order to end the financial crisis facing the country, and it is unwilling to do that. The mullahs are less concerned with the actual impact of the currency change than with giving the false impression that Iran’s economy is “impervious to Western pressure, that it is capable of standing toe-to-toe with the U.S.,” according to the article. The change in currency was not planned for the benefit of the Iranian people.

A Lack of Concern for the People

The coronavirus has made the regime’s lack of concern for its people even more evident than it was previously. The ruling government has done little to provide for the Iranian people during the crisis, leaving its hospitals without sufficient personal protective equipment for healthcare workers, disinfecting supplies, or medical supplies and equipment. More than 40,700 people in 316 cities in all 31 provinces in Iran have died from the coronavirus, according to the latest report from the MEK Iran, many of whom have been buried in mass graves due to the unprecedented death toll.

A large number of Iranians were forced to return to work in mid-April due to an order from regime President Hassan Rouhani, which has led to the second wave of infections. Virtually no financial assistance was provided to the people during the lockdown, and now that sacrifice has been undone by the forced return to work.

Meanwhile, according to the article, government officials hold billions of dollars in reserve funds that they refuse to release to provide aid to those who are sick, homeless, or starving. These funds are being held “as backup for the financing of regional terrorist groups, the further development of ballistic missiles, and a range of other malign activities that define the economic interests of the Islamic Republic,” wrote the article.

An Illusion of Stability

The MEK Iran article questioned how long the regime can deny the disparity between the pretense of stability they seek to portray and the economic and social upheaval within Iranian society. Ignoring the well-being of the people of Iran is hardly sustainable in the long-term. The regime is teetering on the verge of collapse now as a result of these policies. The 2017/2018 Uprising and the November 2019 Uprising were both sparked by widespread resentment over the regime’s economic policies. Both uprisings almost immediately shifted to calls for the overthrow of the regime in its entirety.

The MEK Iran article concludes that the currency change will not save the Iranian regime because its leaders have no interest in addressing the problems of the Iranian people. The illusion of a stable currency means nothing if the average person still cannot afford a loaf of bread. The regime is so focused on projecting an image of strength to the Western World that it has rotted from the inside and left itself open to overthrow by the people.