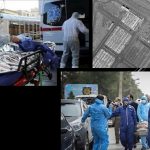 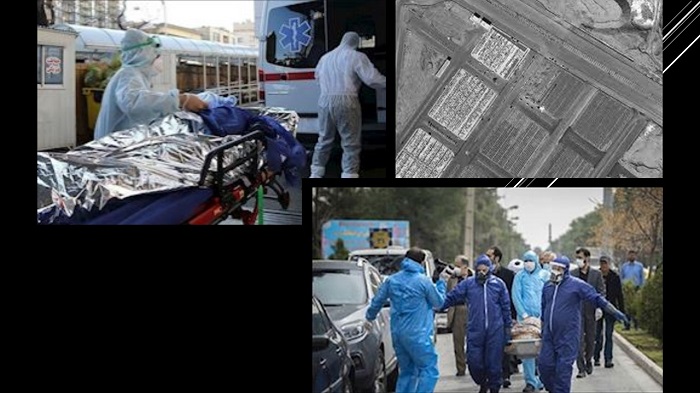 The Coronavirus outbreak in Iran has still not been brought under control. So far, more than 36,600 people have died in Iran as a result of COVID-19 and the death toll continues to rise sharply with every day that passes. The outbreak has now reached 301 cities across the country and all 31 provinces have been affected.

Medical and scientific experts are warning that the situation needs to be tightly controlled and that any efforts for a return to normal activities will prove to be a mistake as the death toll will rise even further and the already struggling hospitals will be put under even more pressure.

However, the Iranian regime is trying to cover the extent of the outbreak up. Firstly, it has been under-reporting on the death toll. The death toll reported by the People’s Mojahedin Organization of Iran (PMOI / MEK Iran) is always at least five or six times higher than what the regime reports. It is because of this that the PMOI / MEK Iran has been gathering information from medical workers and morgues across the country, because it is no secret, especially given the regime’s track record, that its statistics cannot be trusted.

And now it has been reported that the Iranian health ministry has declared 127 cities as so-called “white zones” – or areas that no longer have any cases of Coronavirus. This is despite local officials declaring the opposite.

The President of Zahedan University of Medical Sciences Seyed Mohammad Hashemi-Shahri told a state-run news agency that the virus in the province of Sistan and Baluchestan is still spreading at a rapid rate and that there is “no evidence of an end to the virus outbreak”. He said that it is likely that the province is entering a second peak. Yet, at the same time, the Health Ministry has declared six towns in the province virus-free.

This is happening all over the country and it is clear that the regime is trying to make it look like it has the outbreak under control. In Khuzestan, the president of Ahvaz’s Jundishapur University of Medical Sciences Seyed Mohammad Alavi has said that there has been a 50 percent rate increase of Coronavirus during the past week, while the regime has declared 12 cities there as virus-free areas.

The death toll is increasing every day and the regime is not taking enough measures to protect the people. The measures it is taking are having the opposite effect. The return to normal working activities and the announcement by President Rouhani that religious sites would be reopening in May are making the people even more vulnerable than they already are.

More than 36,600 people have died of the novel #coronavirus in 301 cities checkered across all of #Iran's 31 provinces, according to the Iranian opposition PMOI/MEK. pic.twitter.com/svoBAw5rbg

Already we are seeing the effects of the return to work. More and more workers are becoming infected. At a petrochemical plant in Urmia, 45 percent of the workers tested for Coronavirus was positive.

People are running out of savings and many are going hungry because of a loss of work. The situation is devasting for a large part of the population, but still, the regime puts its own selfish needs first.