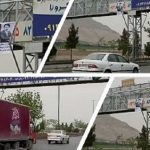 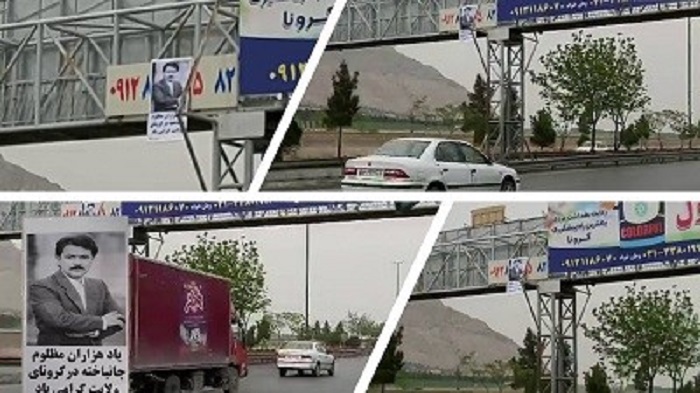 MEK resistance units expand their activities throughout the country.

The novel coronavirus, a sad low point in the world’s recent history, has taken the lives of at least 34,200 Iranians, most of which have occurred in the two key cities of Tehran and Qom.

The People’s Mojahedin Organization of Iran (PMOI/MEK Iran) has been instrumental in ensuring the Iranian people know the truth of the full impact of the virus to the annoyance of President Hassan Rouhani, who firmly believes his fabricated statistics are right and the way it has treated the virus is the best anyone could expect.

Three women who revealed the truth on a social network outlet have been arrested as the regime continues to protect itself from its likely fall. It is hoping that the fear and devastation caused by COVID-19 will halt the protest movement so it can keep its hold on power. However, whatever the regime tries to do it will be met head-on by the resistance movement in and out of the country, divulging the truth about the scale of lives lost to the virus while highlighting the repressive nature of the mullahs. The more they disseminate lies, the stronger the resistance will get. The MEK Iran Resistance Units’ activities represent peace and democracy and an Iran free from repression and imprisonment of those that speak up in protest.

Last Tuesday saw several protests from the youth of Iran in Qom, Eshtehard (Karaj), Tehran, Kerman, Arak, Shahrekord, Hamedan, Fassa (Shiraz) and Karaj. They bravely burnt banners and propaganda of the regime and expressed their determination to rid the country of the terrorist IRGC and seek freedom and peace with other countries. At the same time throughout Tehran and many other key Iranian cities, handwritten graffiti has started to appear on walls with the slogan “Down with the IRGC, the cause of the coronavirus outbreak.”

Earlier in the week, the MEK Iran started to spread important slogans composed by its leaders, Maryam Rajavi and Massoud Rajavi, which started to appear on the walls of the cities of Khorramabad, Ghaemshahr, Kermanshah, Shiraz, Behbahan, Qazvin, Hamedan, Neyshabour, Mahshahr, Karaj and Sabzevar. The slogans read “IRGC health and financial facilities & foundations controlled by Khamenei must be put at the service of the people of Iran”, “the mullahs must get lost, to handle the coronavirus” and “the people of Iran and rebellious youth have decided to oust the IRGC and Basij.”

Action, as well as words, spread throughout Iran

Where there were images of Khamenei and regime founder, Ruhollah Khomeini, these were burnt by Iran’s rebellious youth. At the same time in the cities of Isfahan, Mashhad, Khuzestan, Sanandaj, Tehran, Ghaemshahr, Chaboksar, and Varamin, Iranian Resistance Units paid their respects to thousands of lives lost needlessly because of the way the mullahs have been handling the coronavirus crisis. The slogans that appeared on the cities’ walls read that “The choice of the brave generation of Iran is the overthrow of Khamenei’s rule” and “The time is up for the inhumane theocracy”.

Iranian opposition group PMOI/MEK network members
take to graffiti against the regime and the IRGC, installing hope among the people of #Iran during the ongoing #coronavirus crisis. pic.twitter.com/niLZsN7kg9

Last weekend, the protests were firmly felt in Kerman, Kermanshah, and Karaj, where rebellious young people burnt down the much-hated IRGC Basij base which was a religious school and center of propaganda for fundamentalism in the cities. The Basij itself is the most repressive force in Iran known for its murderous suppression of legitimate protests.  Banners displaying images of Khamenei, Khomeini, and the IRGC commander who was killed by a U.S. drone, Qassem Soleimani in January, were destroyed also.

The protest movement has spread to every corner of the country. Last Saturday, the MEK Resistance Units in Tehran, Lahijan, Islamshahr, Isfahan, and Karaj wrote slogans on the cities’ walls with the message that “The mullahs sow the seeds of hopelessness and passivity. We must rebel against it.” “The mullahs can no longer rule over Iran” and “The time has come to rise, to rebel, to revolt, and to tear apart the chains and open the prisons.”