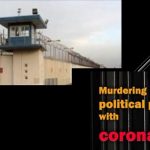 Written by Mohsen Aboutalebi on April 19, 2020. Posted in NEWS 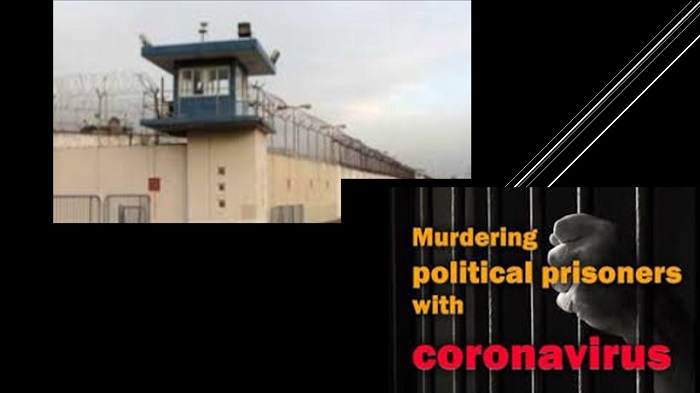 Since the beginning of the Coronavirus outbreak in Iran, the ruling regime has failed to take the necessary measures to attempt to contain the virus. More than 32,000 people have died across the country and the people have been left extremely vulnerable in more ways than one. Not only are they suffering from the health aspect, including seeing loved ones die, but they are also feeling the economic impact. Many are unable to work, yet they cannot afford to live without an income. As one official said recently, the hunger that has become so prevalent for many families is deadlier than the virus.

Earlier this week, the Association of Accredited Correspondents at the United Nations (ACANU) held an online conference to discuss the issue. The association highlighted that the regime is covering up the reality of the situation in the country, especially when it comes to the crises that are unfolding in prisons.

One of the participants in the conference was a 31-year-old former political prisoner that was able to flee the country last year. He had been arrested for supporting Mrs. Maryam Rajavi, the President-elect of the National Council of Resistance of Iran (NCRI), the main opposition to the Iranian regime. He was able to speak about the horrific conditions in prison that allow infections, and now COVID-19, to spread like wildfire.

He spoke about the over-crowding that leads to people having no choice but to be in very close contact with each other and he described the filthy cells and lack of hygiene products – something we know has not changed in recent weeks.

The Iranian regime claimed that of the approximately 240,000 prisoners in Iran, around 100,000 have been furloughed since the beginning of the outbreak. However, there are major doubts about this claim considering the lack of independent witnesses to corroborate such a significant development.

Furthermore, the recent riots in prisons testify to the deplorable conditions the prisoners are being held in and it is very clear that no steps have been taken to protect prisoners from contracting Coronavirus. Reports even indicate that sick prisoners are not put into isolation – they are kept in close contact with the rest of the prisoners in their ward.

Reports from various cities across Iran are portraying a very disturbing image of the novel coronavirus spreading in the regime’s prisons. Read more…

International monitoring of the situation inside prisons in the country is essential. Without such monitoring, the Iranian regime has no incentive to make any changes.

And international intervention is urgently required to ensure that the prisoners in Iran are given access to at least basic hygiene products and protective equipment and that processes are put in place to ensure that more inmates do not die of COVID-19.

The conditions in prisons across the country fall much below international standards and the regime should not be allowed to let this continue.