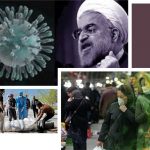 Written by Mohsen Aboutalebi on April 6, 2020. Posted in NEWS 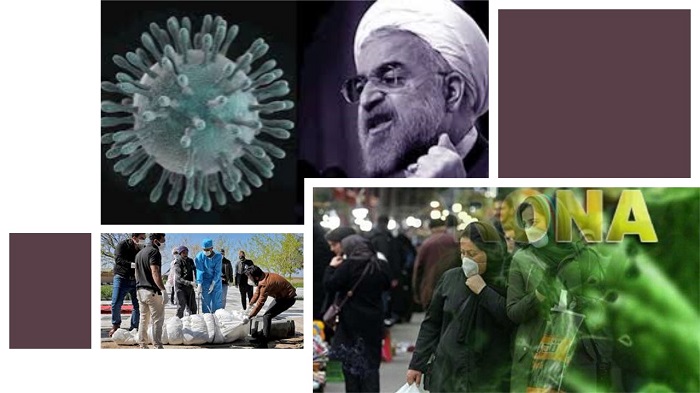 Hassan Rouhani’s panic and lies over coronavirus crisis in Iran

Iran’s President, Hassan Rouhani, claims that the country has enough money to pay for essential goods over the next year and that the country’s warehouses are filled with essential goods, including industrial and agricultural items. His claims are highly suspect as there are serious questions about how the regime can finance its import needs as the income from petrochemical products is virtually nil.

The crisis in the country caused by the coronavirus outbreak has exacerbated the dire economic situation and shut down much activity. Gasoline consumption alone, for example, has been reduced by around 48 billion liters. Domestic economic activity in Iran has severely been affected by a combination of inflation, earthquakes, floods and of course the spread of coronavirus. It’s hard to understand how Rouhani can seriously contemplate improving the domestic economy faced with these challenges.

More than 19,500 people have died of coronavirus in 242 cities checkered across all of Iran's 31 provinces, according to the Iranian opposition PMOI/MEK.#Iran#COVID19Pandemic pic.twitter.com/CBYIym2yyX

Internal dissent about the extent of the COVID-19 crisis

Rouhani’s lies are worrying about the rival factions within the regime. Not everyone is confident that everything is as satisfactory as Rouhani claims. A member of Iran’s Expediency Council, Ahmad Tavakoli, cautioned Rouhani through the Ilaf website on 2nd April, saying that he should be more ‘thoughtful’ and reminding him that the death toll from the outbreak of COVID-19 showed no sign of improvement. Tavakoli pointed out that there had been a significant upsurge in the number of deaths, not a decline.

Tavakoli said that Rouhani’s statements showed that he was “still in election mode” and that his attitude could have undesirable consequences for Iran due to poor decision making.

The Iranian health minister, Saeed Namaki, was also openly critical of Rouhani. He claimed that because of the neglect the regime was showing towards the coronavirus outbreak, the consequences were bound to get worse.

Namaki said that the government should not ignore the crisis at this stage as the country was not yet managing to control the outbreak.

Trust in the regime at a low point

Various regime analysts have pointed out that the political system in Iran is at a point of paralysis. One regime analyst, Abbas Abdi, who has links to the reformist faction, says that the low level of trust in the regime by the Iranian people means that the government is incapable of making sound decisions. This opinion was echoed by another regime expert, Taghi Azad Armaki. Armaki said that the regime could not exercise effective power as its authority had collapsed.

Meanwhile, Iran’s Supreme Leader, Ali Khamenei, has fled Tehran and hidden himself in a safe place. Khamenei has failed to respond to a request by Rouhani to release some of the $200 billion Currency Reserve Fund to help manage the country’s economic crisis.

Some of the regime’s MPs have suggested using the huge resources of the Astan-e Quds Foundation as a solution to counter the economic crisis in the country. Losses that have resulted from the coronavirus crisis could be covered by taxing institutions like the Astan-e Quds and the Bonyad-e Mostazafan. This is one of the suggestions made by a member of the Bazar, Currency, and Capital Committee in Tehran’s Chamber of Commerce, according to a report in the Borna news agency.

Mohammad Mohaddessin the chairman of the International Relations Committee of the National Council of Resistance of #Iran attends in a #webinar about #coronavirus crisis in Iran. https://t.co/3uW3XIfgS9 #MEK @USAdarFarsi pic.twitter.com/dNvRwJL11c

Conflict exists amongst the regime’s officials. The head of the state security forces, Hossein Ashtari, has revealed his concerns about the possibility of social protests occurring because of the mismanagement of the situation in Iran. Ashtari mentioned that many contract workers were forced to leave their homes because they needed to earn enough money to survive. They had been told to stay at home because of the virus but had insufficient resources to do that.

The Fararou website concludes that Iran was facing an existential crisis. “Many experts believe the right or wrong answer to the coronavirus crisis can change Iran’s history,” it wrote.