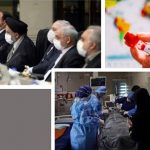 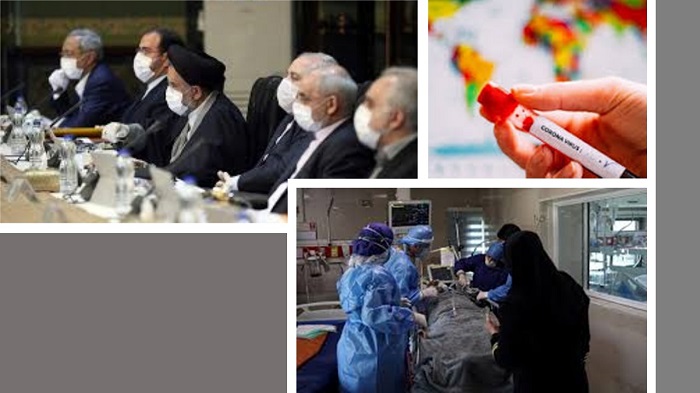 Iranian officials refuse to give the truth about the catastrophic dimensions of coronavirus crisis in Iran.

As the death toll from COVID-19 continues to rise, Iranian regime officials offer conflicting statements about the severity of the crisis, its economic impact, and how the Iranian people should protect themselves during the pandemic. The ensuing confusion has further diminished the credibility of the regime and added to the chaos and subterfuge that has characterized the mullahs’ response to the coronavirus.

On Sunday, the MEK Iran reported that 18,600 people in 242 cities in Iran have died from COVID-19 since the outbreak began in January. This number stands in contrast to the 3,452 total deaths the Iranian regime has resorted to the World Health Organization (WHO), a figure which has garnered skepticism among public health officials.

More than 18,600 people have died of coronavirus in 242 cities checkered across all of Iran's 31 provinces, according to the Iranian opposition PMOI/MEK.#Iran#COVID19Pandemic pic.twitter.com/mR4JXCkoXm

“These numbers are not the real number of deaths. Some may have died without being tested. Other reasons have been registered in their files. We accept the fact that we have not been able to register all the deaths. We can’t swear on the numbers provided,” he said.

Iranian doctors and nurses who have dared to contradict the regime’s official death reports have been arrested for “rumor-mongering.” Anyone who shares information contradictory with the official numbers is subject to three years in prison and flogging, even though the head of the regime’s coronavirus task force admits these numbers aren’t accurate.

Iranian regime Health Minister Saeed Namaki recently expressed concerns that Iranians were being pressured to abandon social distancing protocols and return to work, effectively reversing the earlier decision made by the regime ordering people to stay at home. Namaki wrote a letter to regime President Hassan Rouhani, which read:

“Recently, with the Task Force being informed, a letter has been issued by the Ministry of Industry, Mining, and Trade to all provinces that practically orders all people to return to work. This is against the Task Force’s role, responsibility, and stature… any such trigger-happy decision… will soon engulf the country’s health and economy.”

Alireza Zali, head of Tehran’s COVID-19 Control Task Force, said that it was too early to send people back to work and that the virus has not stabilized in Tehran. He emphasized that people should continue to stay at home and that this is not the time to make hasty decisions regarding social distancing.

Rouhani has repeatedly blamed U.S. sanctions for the severity of the coronavirus epidemic in Iran, saying that the regime suffers from a lack of money and medical supplies to fight the disease.

However, on Thursday Rouhani said:

“We will not be having problems in the next few months. We will not have a problem in providing currency until the end of the [Persian calendar] year (March 2021) … Today, there are around 4 million tons of goods in our customs, including basic goods, which will enter the country in the coming days.”