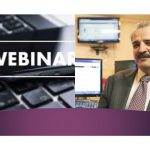 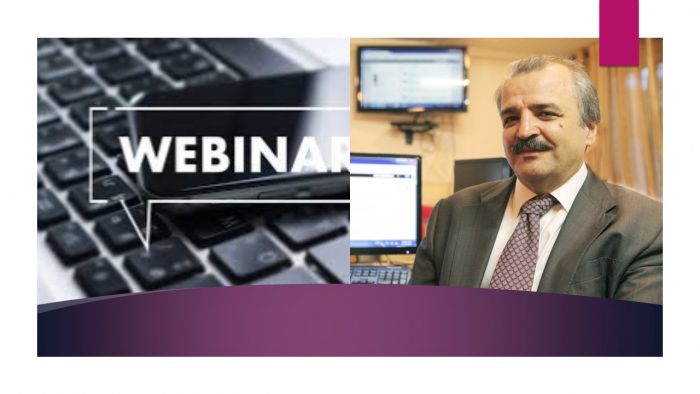 Mohammad Mohaddessin the chairman of the International Relations Committee of the National Council of Resistance of Iran attends in a webinar about coronavirus crisis in Iran.

In a webinar: Mohammad Mohaddessin, Chairman of the Foreign Affairs Committee of the National Council of Resistance of Iran (NCRI), shed light on the origin of the coronavirus outbreak in Iran, which has so far claimed the lives of over 11,500 people, according to the People’s Mojahedin Organization of Iran (PMOI/MEK Iran).

Referring to the difference between the coronavirus outbreak in Iran and other places around the globe, and speaking of the regime’s cover-up and inaction which has resulted in turning Iran into an epicenter of the virus, according to the MEK Iran reports, Mr. Mohaddessin said:

“The world is dealing with coronavirus crisis. The situation in Iran is different in many respects, it is alarming, catastrophic and is getting worse by the day. For us as Iranians, this is a pressing humanitarian issue since our people from all age groups and all over Iran are perishing in the broad daylight. Urgent international action is needed.”

Mr. Mohaddessin first referred to the real figures of the coronavirus death in Iran, which has been continuously announced by the MEK Iran, obtained from its vast network. “For the past three weeks, the Iranian resistance has provided the latest figures on Coronavirus fatalities in Iran.  As of the afternoon, of March 25, according to the information by the network of the People’s Mojahedin Organization of Iran or PMOI/ MEK Iran inside the country, Coronavirus has taken the lives of more than 11,500 in 222 cities across Iran,” he said.

#Iran's coronavirus fatalities 1⃣1⃣5⃣0⃣0⃣
Social media reports mortuaries packed, an official tells medical staff; you should leave and save yourselves!@WHO
Regime proves it's not capable of managing #coronavirus crisis. Int'l aid must be delivered to people, out of IRGC hands. pic.twitter.com/0mYledW1yN

“The information on fatalities province-by-province and city-by-city are obtained from hospitals, medical centers, physicians, morgues, mortuaries, and from internal reports of Iranian authorities,” Mr. Mohaddessin added.

In another part of the webinar, Mr. Mohaddessin, referred to the reports obtained by the MEK Iran about the daily casualties of the COVID-19 in different Iranian cities and how regime hurriedly buries the victims to conceal the actual number deaths.  “part of Reports from Qom show that 60 to 70 people are dying of Coronavirus every day, and mortuaries can longer accommodate them,” Mr. Mohaddessin said.

#Khamenei accuses the #USA of spreading #coronavirus in #Iran to hide his criminal response toward this crisis.https://t.co/cZxARgGmgm#MEK @USAdarFarsi pic.twitter.com/rsH8whbdLI

In another part of his speech, Mr. Mohaddessin pointed to over 100 regime’s officials who have lost their lives due to the coronavirus, as an indicator of the scale of the catastrophe. “Another indicator of the scale of the catastrophe is the death of more than 100 regime officials, including more than two dozen senior clerics such as Khamenei’s representatives, and advisers, at least 10 senior IRGC commanders including Brig. Gen. Hossein Assadollahi, the former commander of Mohammad Rasoul Allah Division in charge of controlling Tehran as well as parliament deputies and senior local officials. In many cases, the regime has tried to announce a different cause for death,”

One area of particular concern is the plight of the medical staff, including doctors and nurses, who lack the most basic needs for their protection. So far, more than 100 doctors, nurses and other medical staff have lost their lives while treating coronavirus patients.

Iran is perhaps the only country where the regime has gone out of its way to cover up the real scope of the crisis and to use the security forces, specifically the IRGC, to punish anyone going public about the real scope of the crisis. The regime’s Prosecutor General Mohammad Jafar Montazeri warned that releasing Coronavirus-related statistics and information except government channels is “a criminal act punishable by law” with “severe consequences”. Arrests have continued in various cities on charges of spreading rumors about the casualties Including some for doing so on social media.

The IRGC has ordered all provincial IRGC divisions and headquarters to be present at hospitals, medical and health centers to control reporting on the number of patients infected or dead due to the virus.

While referring to the evidence obtained through the Iranian resistance network,  Mr. Mohaddessin said:

“We have clear evidence that the regime was aware of the spread of the virus to Iran and that several people had died after being infected a month before, but kept it a secret. Because of the February 11 anniversary of the revolution and the sham parliamentary elections on February 21, Khamenei explicitly prohibited officials from making the announcement. Interior Minister Abdolreza Rahmani Fazli told a press conference on February 23, that while some people had recommended that the postponement of the parliamentary elections, as the official in charge, had rejected those calls.  Despite repeated warnings, the IRGC-owned Mahan Air continued passenger flights to China into March. Tehran’s lack of proper response and a failure to quarantine the city of Qom, the epicenter of the Coronavirus, caused the spread of COVID19 to at least 16 other countries.”

“We have documents from hospitals that since early February, patients suspected of being infected by coronavirus had been hospitalized in various hospitals in Tehran, including Khomeini and Masih Daneshvari hospitals,” he added.

While the regime has made a concerted effort to depict the sanctions as the real reason for the catastrophic situation, in reality, no one but the regime is responsible for the crisis.

While referring to the recent expulsion of the Doctors Without Borders from Iran by the Iranian regime Mr. Mohaddessin said:

“The regime’s attitude toward the prominent NGO, Doctors Without Borders (MSF) in the past few days is very telling.  MSF dispatched a field hospital to Isfahan, one of the worst-hit cities in Iran.  Despite claiming that the situation is dire and sanctions are preventing the regime from addressing the immediate needs of the Iranian people, officials stopped MSF from doing its work.  Alireza Vahabzadeh, a senior Health Ministry official tweeted on March 24: “With the implementation of the National Mobilization Plan to confront Coronavirus and by utilizing the full medical capability of the armed forces, there is no need for foreigners to set up field hospitals and this presence is nullified.” In a word, the regime says give us the means so we can use it for our purposes but no direct presence since that would expose the regime’s priorities, mismanagement, and corruption.”

Mr. Mohaddessin also referred to the sinister campaign by the regime and its apologists of blaming the international community and its sanctions for the spread of the virus. He said:

“While outside of Iran the regime claims that it lacks the basic needs due to the sanctions, inside Iran it boasts that it is in total control and has extra means. On March 25, Hassan Rouhani claimed, ‘Until today, we had no shortages of beds, nurses, or doctors. Even in intensive care units (ICU), in most cities and provinces, we have reserves. Yesterday, I was particularly worried about Mashhad in these days; however, it turned out that 30% percent of ICU beds were empty. There is good planning in place’! He also claimed yesterday, ‘Hospital admissions (for Coronavirus) have decreased and the death toll is declining.”

In this regard Mr. Mohaddessin further pointed to some fact as it follows:

Due to hoarding and mismanagement, hospitals lack basic supplies and required equipment and facilities to counter this catastrophe. Medical facilities are exclusively controlled by the IRGC. Ordinary patients are deprived of basic needs, such as masks and disinfectant liquids; the IRGC sells them on the black market at 10 times the actual price.

The mullahs’ regime has called on the Médecins Sans Frontières, who entered Isfahan with physicians, medicine and…

Regarding the sanctions, as Mrs. Maryam Rajavi, the President-elect of the National Council of Resistance of Iran underscored, those who are shedding crocodile tears for the religious fascism ruling Iran because of the sanctions should also show some empathy for the Iranian people. And if they are true to their words, they should force the regime to allow journalists, observers, missions, and foreign aid into the country and allow assistance to reach the needy without middlemen. They should also press the regime to release all prisoners and to stop arrest, torture, and execution, and especially, compel the regime not to prevent the youths from helping their fellow citizens.