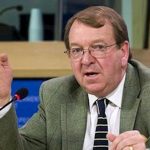 Written by Mohsen Aboutalebi on April 4, 2020. Posted in MEK (PMOI) IN MEDIA 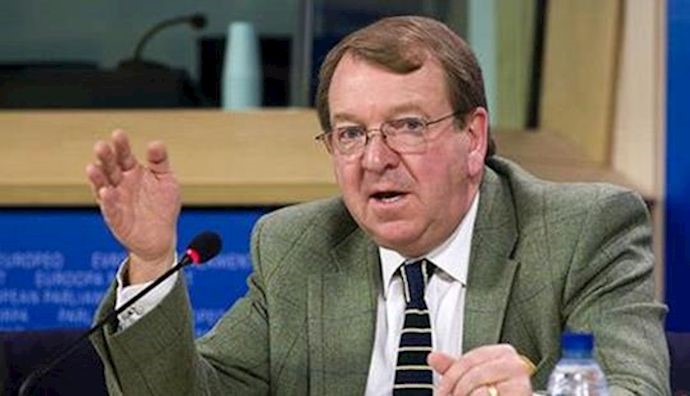 Mr. Struan Stevenson, who used to be a member of the European Parliament, published a revealing article in the United Press International (UPI) stating that Iran is coming to a virtual standstill as the economy tumbles, inflation spirals out of control and the currency has all but collapsed. This is all happening amidst a COVID-19 outbreak which has now allegedly taken 16,800 victims.

Even before this fatal virus occurred on Iran’s soil, Stevenson confirms that the country was taking the toll of a high unemployment rate with 10 million potential workers regarded as unemployed. This is staggering, says Stevenson, considering the total workforce is 20 million when everyone is employed. This made it more difficult for the average Iranian family to deal with the devastating effects of COVID-19. And who wasn’t offering any help at all? The mullahs represent the corrupt faceless uncaring regime that puts their interests before those of the Iranian people.

Stevenson points out that before COVID-19 came into the picture, Iran was already encountering economic sanctions and Iran’s as a result was descended into economic turmoil due to the action of the supreme leader Ayatollah Ali Khamenei. The U.S. kept sanctions in force because of the way the Iranian regime was engaged in aggressive military acts throughout the Middle East. It has consistently backed the actions of Syrian President Bashar al-Assad and his brutal civil war.

At the same time, it masterminded the military campaign which unhinged genocide against Sunnis in Iraq through its absolute support for the vile al-Hashd al-Shaabi, the self-styled Shi’ia popular mobilization force. They haven’t left Yemen alone as they have been instrumental in financing the Houthi rebels in Yemen, Hamas in Gaza and the Hezbollah terrorists in Lebanon.

Stevenson went on to point out that Iran’s religious fascist regime does not only export terror but human rights abuses are rampant against its own people. Little help has been offered to those suffering the blow out from COVID-19. Instead, the Islamic Revolutionary Guards Corps has full control over much of the country’s economy. It misappropriates money from the Iranian people and invests in private banks. The remainder is used to finance their escalating nuclear and ballistic missile programs.

The estimate is that Khamenei has a financial empire at his disposal worth no less than $200 billion. This sort of money could be used to help the Iranian people now when they need it the most.  But Khamenei has consistently tried to suggest that COVID-19 is a biological attack just on Iran. 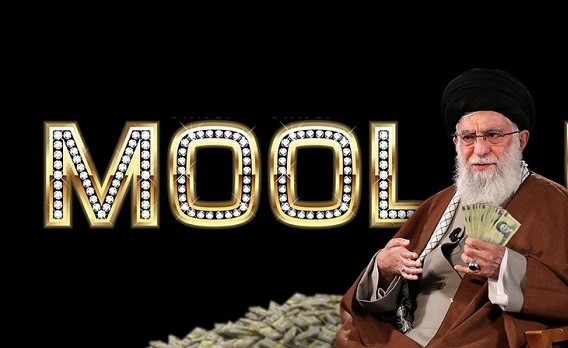 Stevenson was quick to point out that Ayatollah Khamenei tried to pretend that COVID-19 was a distraction put in place to discourage potential voters from turning out in Iran’s parliamentary elections. Now, look where this deception has got him. The fatal virus has spread widely to 199 cities in all Iran’s provinces, leaving thousands of fatalities in its wake. Khamenei was unable to fool the people into believing that there were only 1,800 deaths as Dr. Rick Brennan, the World Health Organisation’s director of emergency operations visited the country and was quick to dispel this myth saying there were at least 5X that number.

The People’s Mojahedin Organization of Iran (PMOI/MEK Iran), the democratic opposition to the theocratic regime, got the fatality figures right, according to Stevenson. He says that it is only now that the mullahs are starting to panic after being found out for disseminating wrong information.

President Hassan Rouhani, who would have little knowledge of the likely outcome of COVID-19, tried to convince the Iranian people that COVID-19 would not be around for long. However, the tide has turned on him. He was quick to admit in a recent TV interview that 70 percent of the Iranian population is likely to become infected by the virus. His only hope, he now stated, was for the virus to spread more gradually so that the healthcare facilities could cope. 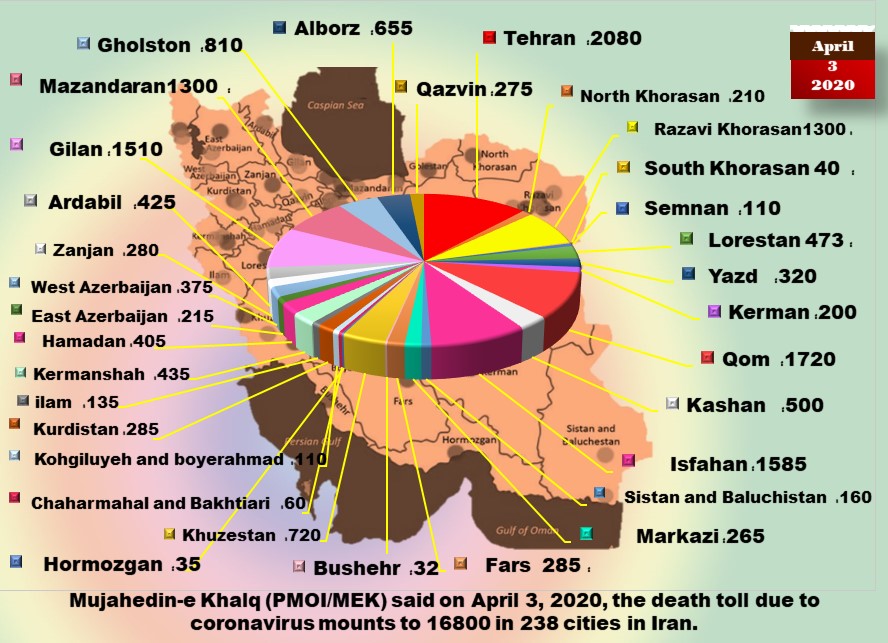 The death toll on coronavirus rises to 16800 in Iran

Stevenson emphasized that it was more or less too late as Rouhani and the mullahs had already sequestered the much sought after sanitizers, face masks and protective clothing so they could use them for themselves, or the private hospitals they pay to treat them. This, of course, hasn’t left much for other healthcare workers to protect themselves when treating the bulk of the population. Because the regime ignored the warning signs and did nothing, the death toll from COVID-19 is accelerating out-of-control and is exceeding China and Europe.

Rouhani believes COVID-19 is a conspiracy directed at Iran

Despite the tell-tale signs that the COVID-19 virus is a direct hit on the world as a whole, Stevenson pointed out in his report that Rouhani last Saturday informed his cabinet that the virus was a conspiracy dreamed up by Iran’s enemies with the express aim of obliterating the country’s economy. He was even ignorant enough to claim that U.S. sanctions meant that much-needed aid wasn’t getting into the country. Stevenson further pointed out that these sanctions have no effect on medical or humanitarian aid, but Rouhani in his ignorance said that production would go on as usual as this would be taking on the conspiracy head-on.

At the beginning of the year when Khamenei issued his New Year message claiming that 2020 was going to see huge production increases, this brought a surge in social media outrage where one young Iranian said 2020 was the year that Khamenei would be brought to trial.

At the end of his media report, Stevenson stated that Iran’s 80 million citizens were tired of the corrupt, fundamentalist rulers who did nothing to alleviate the poverty and deprivation prevalent in the country but stole the country’s wealth to line their own pockets and provide finance to encourage conflict and terror within the Middle East. He concluded that the people want Khamenei’s misappropriated billions now to finance proper healthcare and to support those workers who have lost their jobs because of COVID-19.

Stevenson reminded readers in his article that the Central bank of Iran has already applied for a loan from the IMF to help with the fight against the spread of the virus and mitigation of its effects. Iranians, he said, want to make sure that the money, if released, goes to all the right places and doesn’t end up being used to line the pockets of the mullahs or pay for funding even more terror campaigns. The Iranian people, he concludes, want more than anything for the U.N. Security Council to investigate the crimes the regime has committed against humanity.