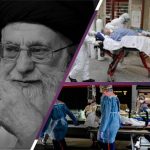 Written by Esmail Mohades on April 3, 2020. Posted in NEWS 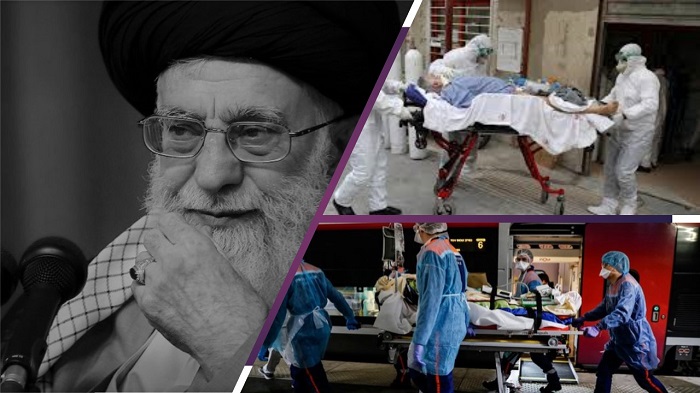 Khamenei deceives the world on coronavirus outbreak in Iran

Since the very beginning of the Coronavirus outbreak in Iran, the Iranian regime has deceived the people of Iran on all related issues. It started with the denial that any cases of Coronavirus had been detected in the country. It lied and hid the reality because it did not want to affect the attendance numbers for two major events – the pro-regime anniversary celebrations of the Islamic Revolution and the sham Parliamentary elections.

The World Health Organization (WHO) has advised all governments to be honest about the situation in their respective countries. It has become very clear that this is the only way to take control of the health crisis that many countries across the world are experiencing.

Preventative measures and acting as early as possible are equally as crucial and the Iranian regime failed in this aspect too. It continued to operate flights between China and Iran, long after other countries suspended all flights to China.

The people of Iran are highly concerned about the situation across the country and it is made worse by the regime’s lying, concealing of facts and its negligence.

Prisoners across the country are also very concerned about the situation they find themselves in. There have been riots in several prisons and many inmates have managed to flee. Prisoners are urging the regime to be released during the current health crisis, but their concerns have been dismissed and their pleas to be released rejected.

There are many non-violent offenders and political prisoners in the country and their families are extremely concerned about their well-being and safety. Coronavirus has spread through several prisons and many inmates have died. The very dire prison conditions that are cramped and unhygienic are a breeding ground for the spread of the virus. This is all compounded by the bad health of prisoners, many of who have fallen ill while in hospital but have been denied medical attention.

More than 16,800 people have died of coronavirus in 238 cities checkered across all of Iran's 31 provinces, according to the Iranian opposition PMOI/MEK.#Iran#COVID19Pandemic pic.twitter.com/vhwKDuXqsw

The regime has claimed that prisoners have been released, but there is no evidence or information to corroborate this. Furthermore, the country’s judiciary continues to jail activists. This has been the case for the representative of the Iranian Teachers Association in the province of Khorassan. Mr. Hashem Khastar was handed a 16-year prison sentence on Tuesday 31st March.

The Iranian regime is very nervous that further unrest is going to ensue with the current health crisis that has claimed more than 16,8

00 lives in Iran. It is clear that people are not happy with the regime, and their anger is stronger than ever before. The regime is essentially giving the people more and more reasons to call for regime change.

With every crisis that the people of Iran are left to deal with, their determination for great change increases. They want freedom, democracy, and human rights, and more than ever they need a government that will ensure their safety and takes measures to protect them.