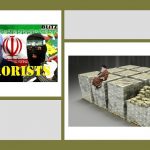 MEK Iran: Coronavirus an Apparatus in Mullah’s Hands to Fool the World

According to the Mujahedin-e Khalq (PMOI/MEK Iran), the main opposition to the religious dictatorship ruling Iran, two Iranians die every minute due to coronavirus in Iran and reports indicate that the Iranian regime is preparing some units containing 10,000 graves. What the world is being told about the official figure for coronavirus’ victims is just one big lie.

Carelessly, Khamenei rejects any international aid. Recently, the Iranian regime refused Medecins Sans Frontieres (MSF) aid. Taking the maximum risk, doctors and nurses of this humanitarian organization rushed to help the Iranian people, but they were quickly expelled from Iran by the mullahs.

On the other hand, ISNA semi-official news agency reported that the Supreme Leader of the Iranian regime responded to the US proposal on the issue of helping Iran saying:

“Americans have repeatedly said that they are ready to help out Iran with medicine. The Americans said that you just need to ask us. This is strange, firstly, you are short of medicine, if you have enough, use it yourself. You are accused of making this virus.”

Putting aside this rhetoric, the reality can be seen through the regime official’s remarks.

Regime officials continue to lie in an attempt to downplay the situation. On Sunday, the regime’s official coronavirus death toll was 2,640.#Iran#CoronaUpdate https://t.co/72OGuzo0X0

“in the past fifteen years, Iran has had more than $1,300 billion in income, four times than that of China during 1978-1995.” “The black holes which have swallowed such a fortune is the main source of Iran’s economic crisis, not the economic sanctions.” He added.

While Secretary Pompeo said the Iranian regime spends $16 billion financings the Assad criminal regime and its proxy forces, how could international economic sanctions be the source of the current coronavirus crisis in Iran?

Startling revelation by #Iran's President @HassanRouhani that the regime's concerted effort to lift U.S. sanctions isn’t about fighting the pandemic. It's about cash for the regime’s leaders. pic.twitter.com/gyDFkgdYGI

The main source is the Iranian regime on its own. The world cannot forget the billions of dollars sent to the regime by Obama in cash, but not a penny spent on improving the Iranian people’s situation, particularly health care.

The possible money sent to Iran will be spent financing terrorism and suppression of Iranians, so the people will remain empty-handed again.