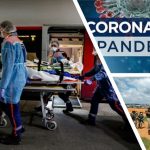 Written by Amineh Qaraee on April 4, 2020. Posted in NEWS 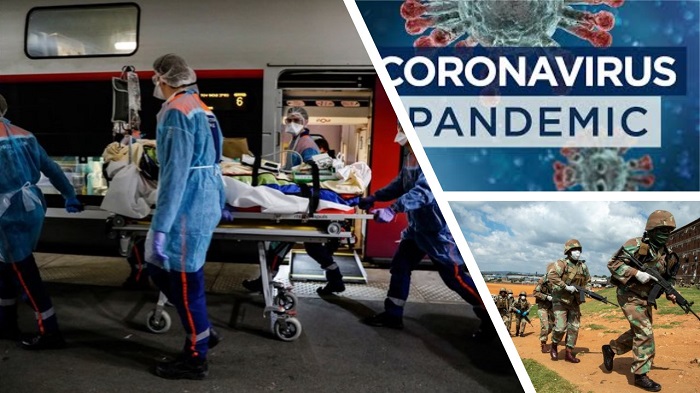 The Iranian regime is losing its grip on power and the end of its existence could be close. For the past few years, it has been dealing with crisis after crisis, and it is certain that once of these is going to be the final straw that tips it over the edge.

The current crisis is the Coronavirus outbreak that has spread rapidly across the country. Every single province in Iran has been affected, some worse than others, and there are more than 16,800 people dead as a result.

More than 16,800 people have died of coronavirus in 238 cities checkered across all of Iran's 31 provinces, according to the Iranian opposition PMOI/MEK.#Iran#COVID19Pandemic pic.twitter.com/vhwKDuXqsw

The Iranian regime has failed to manage the crisis in an adequate manner. It has denied the extent of the outbreak and the death tolls that it published are just a fraction of the real number. President Hassan Rouhani has said on a number of occasions that the country is managing the crisis well and that there are tens of thousands of hospital beds still free.

However, the reality is much darker and the regime’s actions prove that the situation is as severe as the People’s Mojahedin Organization of Iran (PMOI / MEK Iran) is reporting. The organization – the main opposition to the Iranian regime – has been in touch with health professionals across the country, and of course, the people, to figure out what is really happening.

The PMOI / MEK Iran reported earlier this week that armed forces and soldiers across the country are deserting their bases because of the Coronavirus outbreak. The opposition has said that army bases in Urmia in the north-western part of the country have been deserted. Army personnel has also left the Birjand base in the province of South Khorasan.

Iran Coronavirus Outbreak: Military Forces Deserted From Their Bases
News from #Iran indicates that soldiers and armed forces are deserting their bases amid the #coronavirus outbreak.#COVIDー19 https://t.co/lLKHGMJYJj

Reports indicate that there have been cases of Coronavirus in several military bases. In Tehran, the Parandak garrison has lost a few soldiers that died after contracting the virus. It is believed that some 400 soldiers were diagnosed as positive.

Prisoners across the country are also very concerned about the Coronavirus outbreak. There have been several prisons where the virus has spread around inmates, and there have been a number of deaths in prisons.

There are calls by activists for political prisoners to be released with immediate effect. Amnesty International has raised the issue, urging the Iranian government to act now.

The organization issued a letter of urgency on 26th March 2020 to the regime’s judiciary demanding the release of all prisoners unconditionally and wrote:

“The Iranian authorities must immediately and unconditionally release hundreds of prisoners of conscience amid grave fears over the spread of coronavirus (COVID-19) in Iran’s prisons. The authorities should take measures to protect the health of all prisoners and urgently consider releasing pre-trial detainees and those who may be at particular risk of severe illness or death.”

The President-elect of the National Council of Resistance of Iran (NCRI) Mrs. Maryam Rajavi has said that Iran has been put in a very vulnerable position and that this is because of the regime. She said:

“What has made our country seriously vulnerable in the face of diseases and natural disasters, is a brutal and pilfering dictatorship that does not hesitate to commit any imaginable crime to preserve its disgraceful rule.”