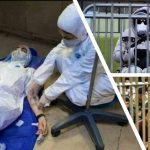 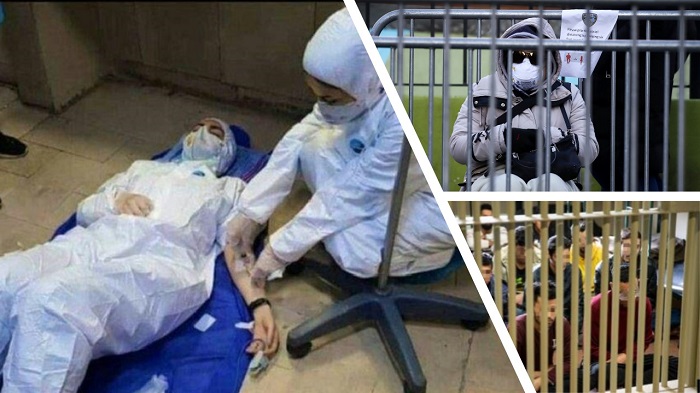 Iranians and medical staff suffer a lack of sufficient equipment amid coronavirus crisis in Iran.

The Coronavirus outbreak in Iran has spread across every single province and has killed more than 13,600 people across the country. The Iranian regime has failed to take the necessary measures to prevent its spread and it is directly responsible for the gravity of the health crisis.

The Iranian people have essentially been taken hostage by the Iranian regime that continues to focus on its malign policies. Instead of taking adequate actions to help the people, the regime is calling for an end of the sanctions that aim to curb the regime’s ability to finance terrorism and its nuclear and ballistic missile activities.

#nurses and #Doctors in #Hospitals are under tremendous pressure due to hard-working in #coronavirus crisis in #Iran.https://t.co/HJ4Tg6LUyL#MEK @USAdarFarsi pic.twitter.com/CMELEhR9C5

They repeat the ridiculous claims of the regime and the absurdities its propaganda machine spills out. The apologists say that sanctions must be lifted, and appeasement policies should ensue, otherwise, Iran will be the epicenter of Coronavirus and the whole world will face a catastrophe. The United States has declared on many occasions that sending medication and medical supplies to Iran will not be affected by sanctions.

However, looking at the facts behind these bold claims by the regime and its apologists, it must be noted that the Iranian regime has not taken adequate action with regards to the spread of the virus across the country. The regime still, to this day, is failing to put measures in place to stop the spread of the outbreak and to protect the people.

Iran’s regime is caught in its own web of lies about the coronavirus outbreak#Iran#COVID19 https://t.co/SI9E5iOitu

Firstly, Iran denied for the first three weeks of the outbreak that cases of the virus were detected in the country. All this so as not to affect attendance at the pro-regime rally on 11th February and to ensure that people were not afraid to vote in the sham Parliamentary elections.

The regime’s Mahan Air flights continued to operate between Iran and China for weeks after the first confirmed cases of Coronavirus. The city of Qom was not quarantined. It was at the center of the outbreak.

The Iranian regime rejected a generous aid offer from the United States. It also refused to let the Médecins Sans Frontières (Doctors Without Borders) organization construct a hospital in Iran. President Hassan Rouhani subsequently claimed (falsely) that there are no shortages of hospital beds across the country.

Moreover, doctors, nurses and medical workers across the country have not been provided with the most basic of medical supplies and are putting their lives at extreme risk to help those that have contracted the virus. Yet, the regime’s Supreme National Security Council gave away 50,000 face masks to Iraqi Popular Mobilization Forces (PMF). Dozens of medical workers across the country have contracted the virus and died.

These facts need no further explanation. The regime’s actions speak for themselves.