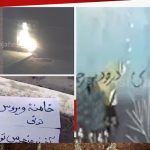 MEK Iran: Iranians More Determined than Ever to Overthrow the Regime 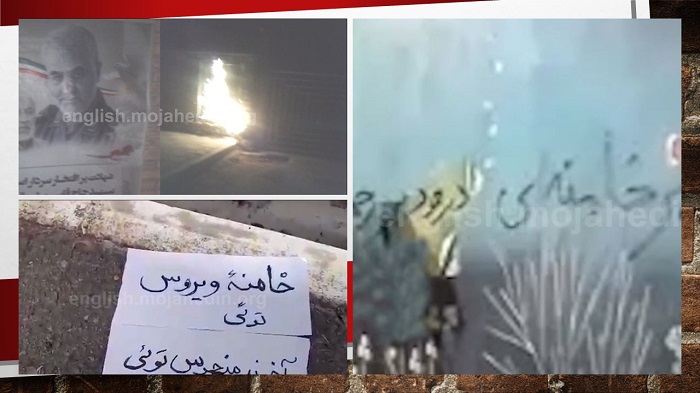 The brave and rebellious young people, from the Iranian Resistance Units, which are a network of People’s Mojahedin Organization of Iran (PMOI/MEK Iran) activists, have continued their anti-regime activities across the country.

The Iranian New Year (Nowruz) began last Friday, but celebrations are muted in the Gulf country because of the coronavirus crisis that has now claimed over 13,000 lives.

Despite, and in some ways because of, the current situation, the Iranian people still believe that the best solution to all of Iran’s woes in to overthrow the mullahs’ religious dictatorship.

That’s why brave and rebellious young people, from the Iranian Resistance Units, which are a network of People’s Mojahedin Organization of Iran (PMOI/MEK Iran) activists, have continued their anti-regime activities across the country. They chanted “[Supreme Leader Ali] Khamenei the sinister leader, you are the real virus”, echoing the desire for a free and democratic Iran.

Across the country on Nowruz, Iranian Resistance Units laid flowers on the graves of those martyred during the November 2019 nationwide uprising, vowing to continue fighting for freedom. They could be seen in the cemeteries of:

One day earlier, the rebellious youths in Tehran, Kerman, Isfahan, Eslamshahr , Mehr Shahr, Chabahar, Bandar Abas, and Shahre Kord set fire to posters, billboards, and banners that bore the image or message of regime officials, especially Supreme Leader Ali Khamenei and deceased IRGC commander Qasem Soleimani, who was killed in a US drone strike in January.

#Activities of #Resistance units of #MEK in #Iran, exposing criminal measures of the #Iranian regime on #coronavirus crisis.https://t.co/BxkEkseSai@USAdarFarsi #FreeIran pic.twitter.com/P1aYwY8KYW

In Shahreh Kord, the brave youth torched a sign of the paramilitary Basij forces, which are a branch of the terrorist-designated Revolutionary Guards (IRGC) and are a major force in the crackdown on protests and the November nationwide uprising.

One young person in Yazd, while setting light to images of Khamenei, said:

“Did you think that the coronavirus could buy you some time [and people won’t come to the streets]? Yes, but you didn’t know something worse will come after that. It is just the beginning.”

The Iranian people believe that the solution to coronavirus outbreak, poverty, and oppression in Iran is overthrowing the mullahs’ religious dictatorship in its entirety.#Iran#COVID19 https://t.co/BdMamVyI3W

While in Urumia, members of the Resistance Units chanted: