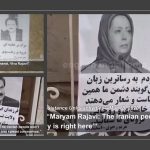 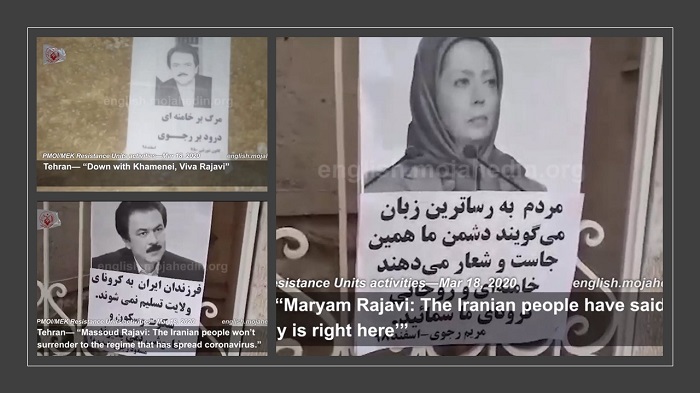 Activities of Resistance units of MEK in Iran, exposing criminal measures of the Iranian regime on coronavirus crisis.

The Coronavirus outbreak in Iran continues to run rampant across the country. So far, more than 12,400 people have died and the virus has reached 228 cities. No country in the world has lost more people to COVID-19 than Iran.

The Mujahedin-e Khalq (PMOI / MEK Iran) – the main opposition to the Iranian regime – has been reporting on the reality of the situation in Iran. Since the beginning of the outbreak, the Iranian regime has been very misleading about the extent of the crisis.

#nurses and #Doctors in #Hospitals are under tremendous pressure due to hard-working in #coronavirus crisis in #Iran.https://t.co/HJ4Tg6LUyL#MEK @USAdarFarsi pic.twitter.com/CMELEhR9C5

The Iranian regime denied, for several weeks, that any cases of Coronavirus had been detected in the country. It was only after the Islamic Revolution anniversary celebrations and the sham Parliamentary elections that the regime allowed the public to be informed. Even then, the regime grossly underestimated the number of cases and failed to take measures to safeguard the public.

To add to the worries of the Iranian people, devastating floods have affected large parts of the country. The floods have been worsened by decades of negligence and mismanagement on the part of the regime. Many people have been left homeless as a result of the extensive flooding, and many livelihoods have been lost.

The people of Iran are angrier than ever before and they continue to call for regime change. Reports from inside Iran indicate that defiant and rebellious young people are taking to the streets to continue to voice their dissent. They are joined by the Resistance Units comprised of activists belonging to the PMOI / MEK Iran. The young people and the Resistance Units are conveying the people of Iran’s desire for a free, democratic Iran.

During the week, young people took to the streets in major cities including Mashhad, Tehran, Behbahan, Andimeshk, Lorestan, and Hamedan. They torched posters and banners of key regime officials.

Members of Resistance Units also put up images of the leaders of the Iranian Resistance – Maryam and Massoud Rajavi, and they put up posters of large slogans in cities across the country. Some of the posters read:

“Maryam Rajavi: National unity is the key element for confronting the regime and the coronavirus”, “This Persian New Year is the year of approaching toward freedom and victory”, “Dear God, save the Iranian people from the mullahs’ coronavirus”, “The spring of Iran’s freedom will be realized by us and by our own hands”, “Massoud Rajavi: Medical supplies must be distributed among the Iranian people”, and “Maryam Rajavi: Hail to doctors and nurses who risk their lives to treat the coronavirus patients”.

They also made it very clear that they blame the Iranian regime for the spread of Coronavirus across the country.

More than 12,400 people in 228 cities across Iran have died of coronavirus, according to reports obtained by the People's Mojahedin Organization of Iran (PMOI/MEK). Read more…

The regime’s negligence and mismanagement of the outbreak in Iran are criminal, and many activists, scientists, human rights organizations and medical experts across the world have described the regime’s actions as a crime against humanity.

The international community has a responsibility to act, not only for the safety of the people of Iran but also for the neighboring countries and further beyond.