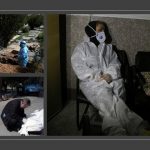 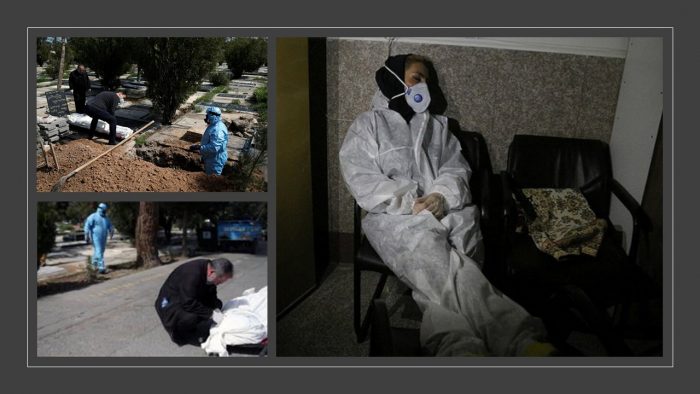 The Iranian regime is failing to report accurate statistics to the relevant bodies and it is grossly underestimating the death toll.

The latest figures indicate that more than 11,500 people in Iran have died after contracting Coronavirus. The death toll continues to increase as international organizations urge the Iranian government to take appropriate action.

However, thanks to the main opposition to the Iranian regime – the People’s Mojahedin Organization of Iran (PMOI / MEK Iran) – we can be reliably informed. The PMOI / MEK Iran has been in contact with doctors, nurses and other medical professionals across the country and they have been liaising with the people.

The outbreak has spread to 222 cities in Iran and several areas have seen a particularly high death toll. Almost 1,000 people have lost their lives in Khorasan Razavi, 1,360 in Isfahan, 500 in Khuzestan and 280 in Kermanshah.

The situation has got out of control because the regime failed to take the appropriate action at the very start of the outbreak. Instead of informing the public of the health crisis, it spent weeks silent – for fear that the attendance of two major events would be lowered as a result. Firstly the anniversary celebration of the Islamic Revolution and secondly the sham parliamentary elections.

#Khamenei accuses the #USA of spreading #coronavirus in #Iran to hide his criminal response toward this crisis.https://t.co/cZxARgGmgm#MEK @USAdarFarsi pic.twitter.com/rsH8whbdLI

Iranian President Hassan Rouhani has been misinforming the public on the many aspects of the health crisis. He said in the past few days that there have been no shortages of medical staff or beds, claiming that until now there was 30 percent of intensive care beds empty in Mashhad.

This is very different from what those on the front lines are claiming. Doctors and nurses and medical workers have been saying for weeks that they cannot cope with the number of sick people and morgue workers have said that they are completely saturated with no more room for further bodies.

The regime is creating further discontent in the country because of its contradictory claims. President Rouhani is saying that the death toll is in decline, yet the country’s Ministry of Health is saying that the number of newly infected patients has increased by 25 percent in just 24 hours.

Medical workers are risking their lives because they have not been provided with adequate supplies. Reports indicate that dozens of doctors, nurses and hospital staff across the country have died after working closely with the infected.

Médecins Sans Frontières has offered to help Iran, but the regime has refused all help. It is appalling that the regime is turning down essential help when it is clearly incapable and unwilling, to safeguard the lives of the people.