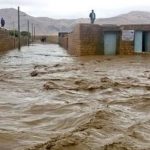 Written by Jennifer Jones-Kelley on March 24, 2020. Posted in NEWS 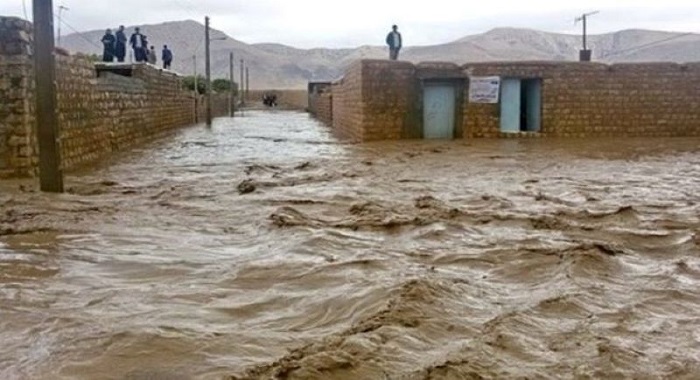 Severe flooding swept through Southern Iran last weekend, killing eleven people and adding another layer to the humanitarian crisis unfolding across the country as the death toll from the coronavirus pandemic continues to mount.

Flooding and heaving rainfall was reported in Lorestan, Hormozgan, Fars, Bushehr, Sistan & Baluchistan, and Kerman Provinces over the weekend, days after Nowruz, the Persian New Year. Kahnuj, Kerman Province reported more than 5.5 inches of rainfall between Sunday and Monday morning.

More than four inches of rain was reported in Kangan, Bushehr Province, over the weekend, with the majority of the rainfall occurring on Sunday. The governor of Kangan confirmed that the rainfall has damaged local infrastructure, homes, livestock, and vehicles.

Mudslides have also been reported between the towns of Rahak and Dir in Bushehr Province, endangering residents in the region. A number of villages have lost power due to the heavy rainfall.

Victims of the deadly floods include a 32-year-old woman and a five-year-old girl in Bandar Abbas, Hormozgan Province; and a 58-year-old man in Lorestan Province. Eleven deaths have been reported so far. MEK Iran sources report several injuries as well, including two in Bandar Kangan, Bushehr Province, and one in Darab, Fars Province.

Deadly floods devastated Iran last year during the Nowruz holiday, taking hundreds of lives and causing millions of dollars in damages. The regime was slow to respond to the crisis, leaving people stranded on rooftops or sleeping in trees for days waiting for assistance. Some citizens created their own flood barriers with materials they had on hand and slept behind them to prevent them from giving way as the rain continued to fall for weeks. Protests erupted as regime officials appeared for photo ops after leaving residents of flood-stricken areas without food or shelter for days. Officials responded to their outrage by deploying Revolutionary Guards (IRGC) troops to the devastated area within hours with tanks and guns to suppress the protests. Angry citizens asked why they waited days or weeks for tents, but it took only hours for tanks and guns to arrive. The soldiers did not bring food or supplies.

My sympathies to our compatriots stranded in nine #Iran provinces surrounded by #Floods and overflowing of rivers. My condolences to families of the victims in Larestan and Bandar Abbas

Lorestan Province was one of the hardest-hit regions in last year’s floods, and its residents have still not recovered from the impact of the disaster. Although regime officials have promised to repair aging bridges, roads, dams, and other infrastructure, these promises have gone largely unkept. Repairs that have been made have been hasty and slapdash.

The Iranian regime has made a habit of allowing IRGC-controlled companies to construct unsafe dams, dredge river beds, and construct buildings over necessary drainage systems. The government’s corruption is largely responsible for the damage caused by the floods in the past three years.

IRGC-owned companies are then given contracts to repair infrastructure that is damaged during flooding. When they cut corners, they pocket the profits.

Meanwhile, regime leaders have taken no measures to prepare for future floods or to adequately assist the victims of past disasters. The consequences of this criminal neglect and corruption are paid in human lives. The coronavirus pandemic has taken nearly 10,000 lives in Iran, mostly due to the same corruption and negligence as has been seen in its response to flooding. The humanitarian crisis in Iran is real, and it is ongoing. The coronavirus has drawn attention to a persistent problem in Iran that usually goes unnoticed by the international community: the Iranian government’s corruption and incompetence create humanitarian crises on a shockingly frequent basis.